At the beggining I thought that this game will be another Visual Novel NSFW game like the others.
But... I was really wrong...

Actually I didn't unlocked any NSFW scene yet (lol).
Some dumbs tell indecend stuff to the player character that make her feel unconfortable. And the first thing you think is "jerks!".
This molesters make feel unconfortable most of people, if you look hot, weird, weak, extra suited... doesn't care the reason, they just want to make fun.

But theres another moment where player's character feels unconfortable. Some characters are sweet and I act nice to them, but it looks like they understand this kindness as some flirt and start making their moves. You don't want to be mean to them cause they're kinda awesome, but sometimes fels like they go to far and invade player's personal space.

This showed me a lot about women's perspective, I can thell that this game was really educative for me, more than anyone can expect from a game tagged as "nsfw".

Now, after giving all my hones admiration. There's some parts of the story that looks kinda exagerated...
The first ending I got is the one that Matt blackmails the player but the player didn't consent it and ignores his orders. He just sends a photo arround the scool and the player became target of joking. Even everyone knowing that was this brat who did this mess ANYONE point fingers at him as a bully? Then the principal decides to expel YOU?

A photo without any explicit content that can even be photoshop from someone that the other characters hate... seriously, that's not the end of the world...
Worst stuff happened to me and I moved foward with no problem. If you let someone blackmail you cause "oh no, in this photo people can see my panties" you just get onto more deep shit with no leaving.

Actally, I would LOVE if the game gives the player an oportunity to turn that shit against him when he spreads the photo.
If you spread some caos like that, its stupid to think that you will be untangible and things can go wrong, even when half of the caracters presented on the game hate him XD

Last note, love that you added the option to skip parts of the history that players already did when started the game again to go for another route ❤

That could fit great in a tutorial. First island of the tutorial with only cyan, yellow and green doing teal and lime. I'll note that 👍🏼

I was also thinking in how could I do an alternative version for colorblind players without losing the educative part.

Thanks for your feedback! ^-^/

I see that you guys uploaded the game, but something's wrong with the version uploaded.

I can change character with 1 to 4, and can shoot with the selected character.
But far away from that, at least for me only a green dog apears and moves to the left.
If you shoot it with the green one, the console says "Damageable hit" but nothing else happens.

Kinda remembers my fist game jam, where the programmer used Unity even if he din't know how to use the sofware too much 😥

Yeah, the menu thing was the part I was more worried about 😅
The movement acting weird is cause didn't used hitboxes and I didn't allowed the diagonal movement to avoid bugs. The problem of didn't have enought time XD

Thank you, I'm glad that you like it :D
Its not the genre I am used to do in games, I usually like to do puzzle games.

I usually like farming games, I played scrap mechanic with friends and spend more time on farm than doing machines.
And you did a great job there, but feel that you haven't enought time to finish it.

I mean, then you loose, the game only give the option to quit, so you have to refresh the page to try again. There's some situations that makes a ensured game over like when trucks park over your tools and can't pick it up.

I can also feel that you run out of time cause there's a lot of fields below, too far to use some of them.
But what you did so far looks great and it will be nice to try the complete version if you're planning on continue this game after the jam 😄

Interesting game, also love the use you made of shaders ❤
Don't really get why the game gives you too many blocks on last levels if you can complete it with 3/4

Kinda funny that the game over and the end of the game are actually the same.
I like how you used the background color to express feelings, emotions and phases :D

I was planning on doing a small tutorial instead of a guide  and showing the name of the color you have but run out of time.

Yeah, when my friends tested the pre-release. For some of them was kinda hard cause they're not used to work with colors.
If i do a new version after the Jam I should probably add a option to see a color wheel and a guide.

Thanks for trying my game! ^-^

I'm kinda used to put names on colors so it wasn't really hard for me at the beggining.
Until the moment that the girl asked for a toasted orange, joined the shop and half show was orange flowers XD
I was like "it was desaturated like this one? no, guess more dark like this one... more or less yellow..."

DUDE! This game is amazing! Love the art, love the humor, love the gameplay, love the mechanic....

Can't find the game, I think the file is not uploaded D:

Really cool game, love the part where you jump over a house bouncing on a candy :D

The idea is great but I think the controls are a little slow.
I mean, I was spaming Z and X the most part of the gameplay when have to go from 0 to 255 to 0 again.
This game could be a good practice for light technician aprentices if the controls can be replaced for faders 😄

The gameplay feels kinda slow at the beginning, but really cool game. I loved the neon look you put in 😃

Oh! Good point!
I opened on chrome this time and it worked (weird, other unity games didn't gave me problems with brave) 🤔

Wow, this wand is really hard to control at the beggining, but after some game overs I learned how to avoid it to go crazy when moving fast XD
Really cute game and interesting gameplay

It happens the same to me 😥 appears the Unity logo with a loading empty bar.
I left it for 10 minutes and nothing happened...

I usually don't like the "Horror game one" of the jam, but you guys did a great job there.
Still I wasn't able to understand the history behind.

Kinda hard sometimes, the keys sometimes have a wall of trees and when you go back to get it the farmers reach you.
But yeah, I scored somehow 326 meters and works really well. Great game! 😄

Kinda simple with no much contents, but is entretaining.
It would be loving that the game saves your highest score. Cause not sure if my best score was 80 or i scored more on a past try.
It can become a great game for mobile.

My best score in the game so far is 2, kinda hard for new players.
But really amazing, never seen this kind of game before :D
You really did a great use of the topics!

Wassup!
I'm a programer, designer and artist (with not much idea of music...)
And I would love to be part of this jam but I need a team for that.
And my first problem is that my friends don't like game jams like me 🤣

It doesn't matter to me if you think your skills are low. My only wish on a teammate is:
- Active, free and motivated Please don't dissapear during the jam, its literally 3 days)
- Don't dream too much. Big projects usually ends incomplete. PLEASE NO.
- Speak Spanish or English. Don't want to comunicate with Google translate

There's the game I made on my last Game Jam:
https://marcopole.itch.io/systemdotconnection

I usually use Unity to make games, not sure if I will use it on this one cause on rules says a web and/or linux version.
If you're interested of teaming me I made a Discord to talk about it:
https://discord.gg/fyWUxPYD

Great game, it reminds me to Reigns game :D

Shoud be awesome to have some score. 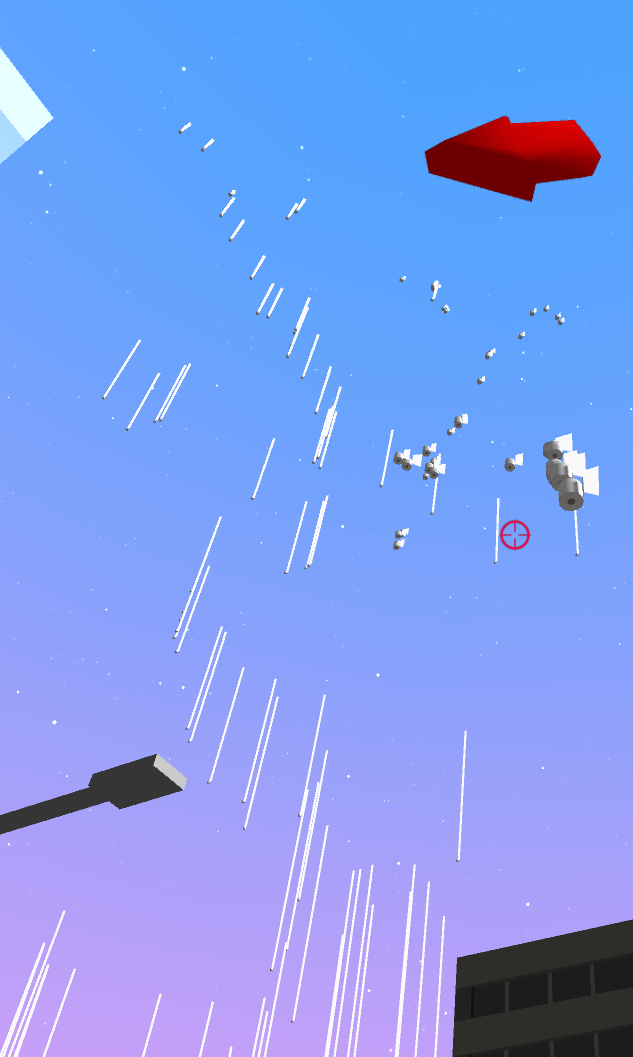 I was thinking the same with 32 X'D

I didn't know what to do.
I already harvest the carrots and broccoli and entered in the home. But now I don't know what's next or where I have to go.
Some kind of guide or main quest hints whould be awesome.

The shaders make it look great and the balls bouncing are a non functional funny feature that I love it. But it was a little hard to play. It would be greater an option to choose difficulty to have a bigger camera field cause I was falling withouth knowing what're going to be down here and dying for don't react fast enought.

Wow! this is amazing! :D

I wasn't able to solve this one, but I really love the idea of the game. Its so intuitive. 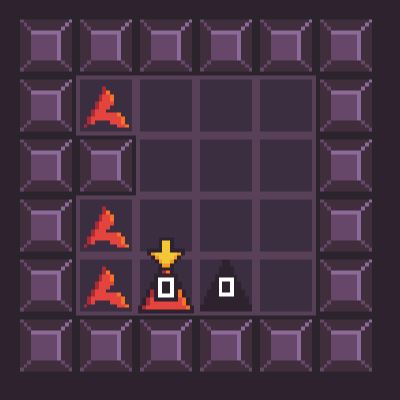 I had some hard time at the beginning getting used to the controls.
I even took my custom keyboard to change them for a more comfortable ones for me X'D

Its pretty adictive and easy to understand. I wasn't able to reach over 50 score but I enjoyed playing it 👍

I think i found a bug.

Before doing the transformation, the game doesnt check if the next shape will fit on that space, so I can use buterfly for speedruning,

I think you did great for only 3 hours. Is entertaining and the score make it competitive 👍🏼

Thanks, it took me some tries to get that score XD