Heyo, fantastic GDScript Tutor !!!
I have a game-breaking bug sadly. On Lesson 11, practice 2,
"Moving in a circle using delta", crashes when I put the correct code in.
*I think*

The big hype nowadays is making a smaller, demo version, playable only on web, do you think that would ever be possible for Boneyard ?

Super Cool puzzle game !! Everyone should give this game a playthrough, It Really gets your brain working c:

If at all possible I'd suggest adding more red herrings on levels where there are only 2 possible starting movements, adding a block for a possible 3rd or 4th beginning movement may make the levels take longer to figure out. As well as adding more little gimmicks,

Coloring squares which color the worm, the worm can then only collide with same-colored blocks after.

Blocks that make the worm fold back on itself (possibly to the previous location) while also keeping the worm body on the board.

Levels that can be beat in several ways but the worm shrinks after each move, forcing a maximum amount of moves to beat the level.

Buttons to raise and lower some blocks.

Cross-shaped Tubes/Squares that the worm can pass twice in orthogonal directions.

Why do controllers only partially work ?

The numbers get duplicated if they get grabbed by multiple conveyers 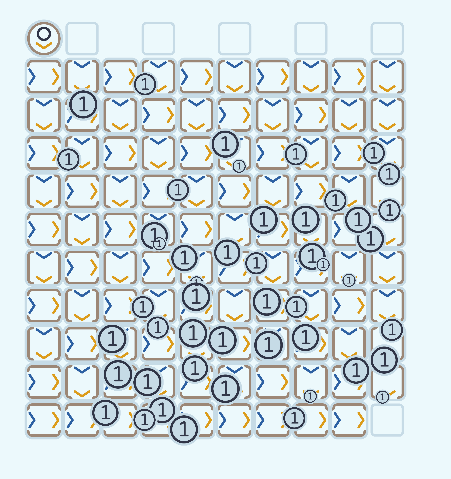 Could you take the phone number restriction off of your discord please, I do not have a phone.

So when I'm done I hope to have 1 folder with every possible chip.

NAND as other gates.

I didn't delete anything.
I can make a new file, add inputs to the left side of the screen, click exit, then click load project, and the inputs are permanently frozen onscreen. 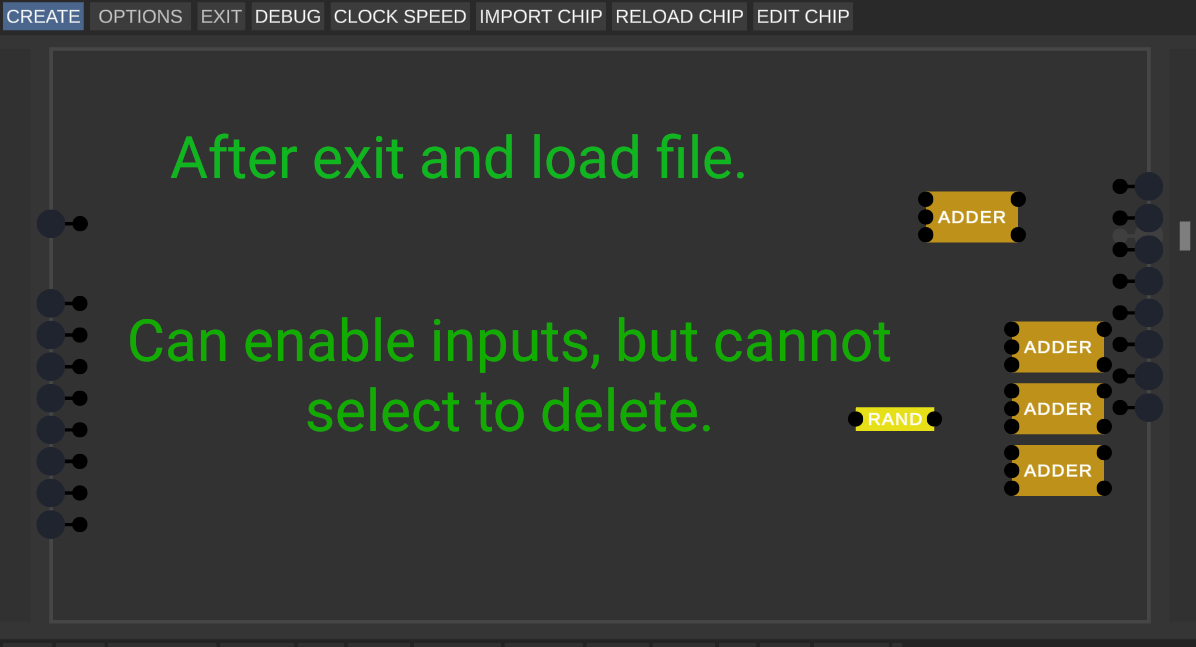 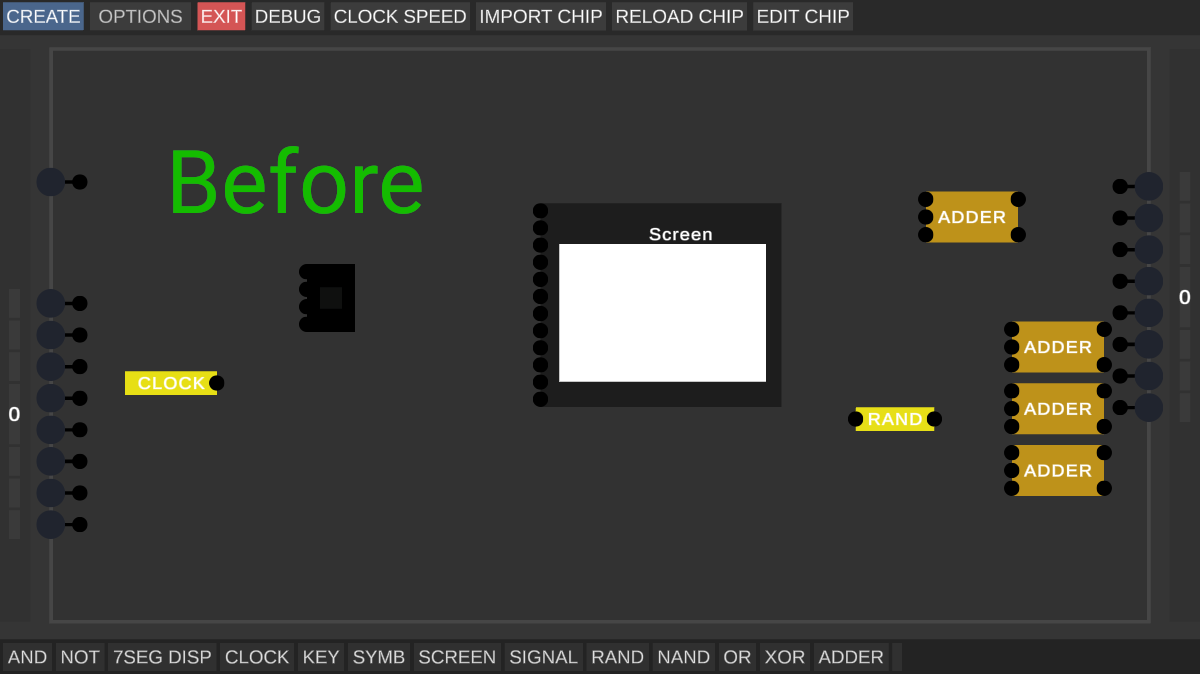 Bug
All the Inputs and Chips get frozen on-screen upon reloading the game.

While facing an enemy(touching), walk toward the enemy again to phase through enemies. Can phase through multiple enemies in a row but must always have a free cell behind the enemy/enemies.

Thank you, I can't wait to play the full version in a couple days !!!

Is building the castle the only current use for coins in the demo ?

What version number is the most recent update ? Would it be "Demo Update 6" ?

Ahh alright, I was confused because the youtubers I see playing it, are also playing 0.7.7 but can goto the castle

How do I get past the forest, to the castle ? It doesn't give me the option.

Is this game downloadable anywhere ?