Ten months on, & there still doesn't seem to be a patch to the game. Despite the cool concept & the amazing visuals, this game is utterly & completely unplayable due to a crash that happens every single time when you reach the first loading screen. Usually, I wouldn't be this harsh, but this has been a persistent issue that's plaguing multiple players & not a single response has been issued. This is irresponsible & shows a lack of care towards the community from the devs. Suffice to say, I'm unlikely to buy any more of your games if THIS is the response players get to such a game-breaking bug

It seems to have worked! The game at least runs now, & I'm planning to spend the day playing it. Thank you for the help

I bought this game in a bundle around two years ago or so but just got to playing it. It downloaded nicely, but now that I'm trying to play it, it doesn't work! I have Unity downloaded & running, but I can't play it anyway! Every time I try to open the game, it just shows me this System Error. I don't know what to do. 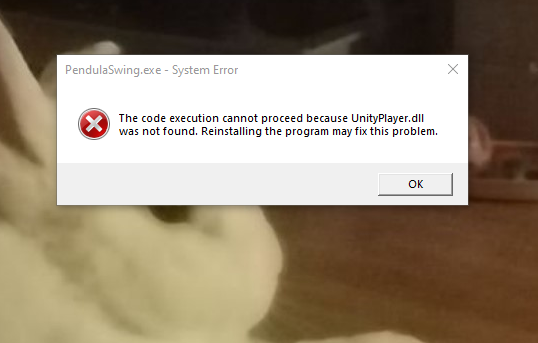