#birdsecrets community · Posted in Interested in the game, but I don't know how to start!
Kurt Potts4 days ago

Hi jpyeah, thanks for asking, and sorry you're stuck. Admittedly there are gaps in the structure and the game isn't written in a way that's super friendly to new players. The core of the game is the clue style deduction, but that is sort of played out in scenes and the game doesn't really offer any advice on how to set or play out scenes.

A player could set a scene by asking a question like "Did Winifred the pigeon see anything?" At that moment they are inventing a witness, Winifred, and establishing what the scene will be about. It might play out like this:

Then have another player do something similar but with a different question like "What happened to the murder weapon?"

I hope that helps and I'm sorry for the delay.

Not at the moment.

This is a frantic little reminder that the Lighthearted Kickstarter launches Tuesday, Jan 26th at 9am PST!

I hope you are ready because I CAN'T WAIT! 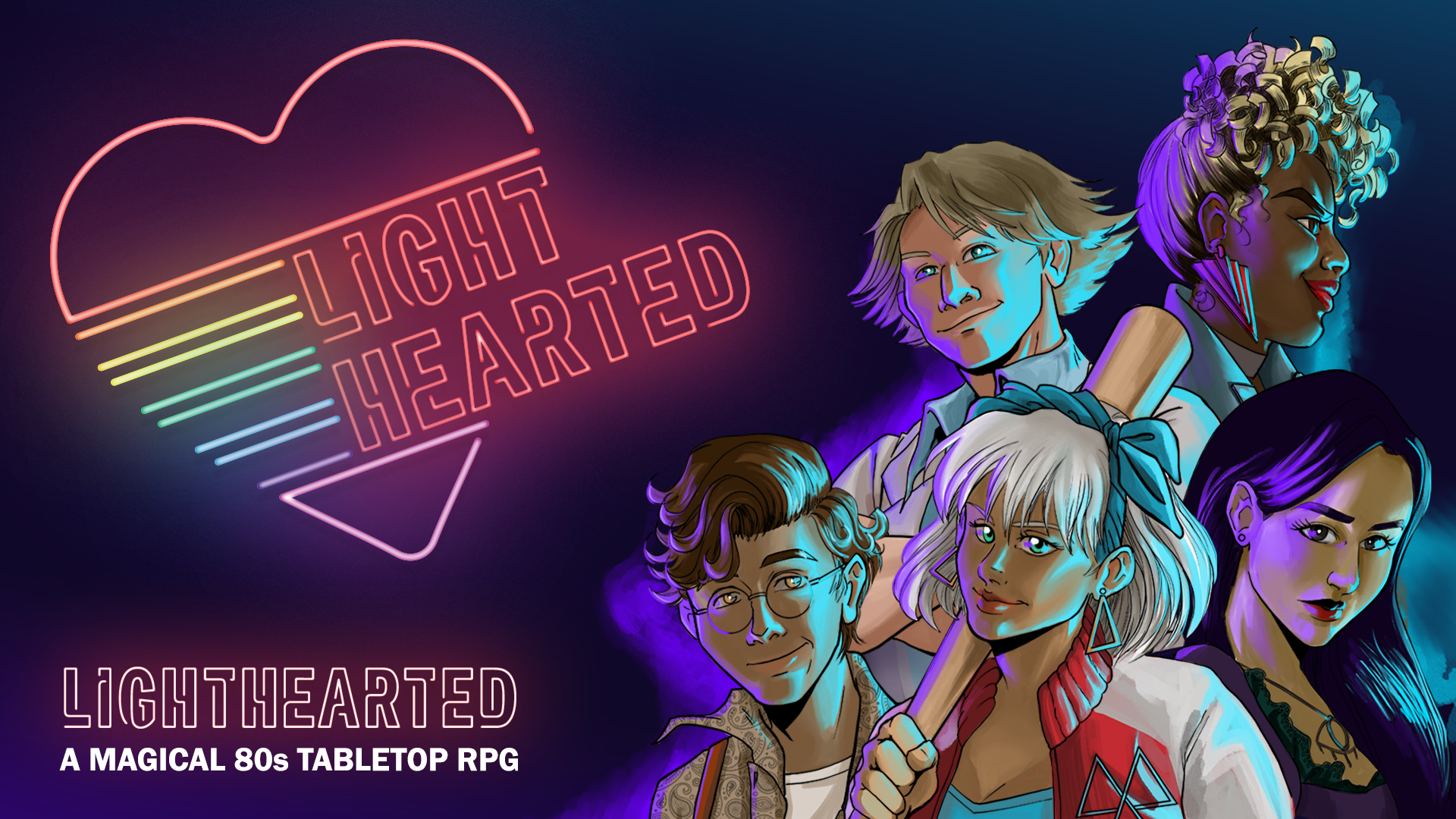 I could not have picked a better song to base a game on! 5 stars.

A work of art *chefkiss*

Feel free to cover my games excepting Lighthearted as it's currently in development. Message me if you need a free copy.

I'm thinking of making a Forgotten God playbook, but i'm not sure if that's something that already exists. Anyone know if that's already floating around? I'm thinking a Mr. Wednesday from American Gods vibe. Sort of a conman trying to get enough followers to get their powers back.

Updated the pdf. Thanks!

Really dig this and the public domain art is *chef's kiss*

It's got a few typos, and I'd love to see the tables presented as flip a coin then roll a d6, but overall it's just a great little game.

This is one of my favorites! Love the style and execution.

Thanks for typos and suggestions Kumada!

Weapons and locations go on separate scraps of paper. Sharing a secret doesn't reveal it.

This game is blue. No it's very blue. It is exceedingly blue in a way that not may other games are blue.

My game SIXY has a price, but I don't want that to hinder anyone who submitted to the jam from having a look at it. If you submitted a game and would like a free copy of SIXY email kurt.potts@gmail.com and I'll send you a download code.

Thanks for picking up the game! Kate and I have discussed adding more cliques as possible rewards for a future Kickstarter campaign or as an expansion. I like where your head is at and if we do create more those are some of the directions we’d look into.

Reply
Lighthearted community » Rules Questions & Feedback · Posted in What will happen when you make the new version?
Kurt Potts1 year ago

Hey Steve, I wanted to check back here. We have a big update coming out Tuesday and some of the rules changes were the ones referenced here. I'll be working on a cheat sheet to go along with the update and should have that out by the end of the week!

Hey Steve, Thanks for the feedback! Kate and I really appreciate it. We are working on the next version of the game right now so we'll try to address those issues. As for the Cheatsheet, that is a great idea and I'll try to get a package of reference sheets together in the next couple days.

Lighthearted will be one of 11 tremendous games available in the Tremendous Tabletop Black Friday Bundle! The sale starts at 12am Friday and runs through Monday. Kate and I are so excited to be among such awesome designers as Epidiah Ravachol, Sage LaTorra, Jamila R. Nedjadi, Spenser Stark, Blake Stone, Gem Room Games, G. Michael Truran, and Grasswatch Games.

Reply
Lighthearted community » Rules Questions & Feedback · Posted in Thinking about how to run the first session of the game.
Kurt Potts1 year ago

Finally getting back into the swing of things after Big Bad Con. (Which was amazing by the way.)

Speaking of the Relationship Map. I do something similar on index cards when I run it but it lives in front of me. I'll do a write up on that in the future.

So here is how I build the first session during character creation.

Other ways to inject a little drama at the top are:

We'll for sure make some session starters and example followup questions tailored to each clique but that's where I tend to start.

Cross posting my response incase anyone has similar questions or thoughts.

Thanks Steve Hickey!
Emotions: We'll absolutely playtest a few games with persistent emotions and see how it plays out.
Centering: Your Emotional State is always a d8 like your second example. So the d8/d6s move around the spectrum.
Failure: We hadn't considered that. I could see a case for "flipping" I might try it as a strength and if it plays well consider including it.
Exploding: I feel like I'd want to bake that into the players narration so we don't have to stop each time the die explodes. It might slow down the resolution a bit much.

I recently reached out to Minerva Fox (@blue_troller) about doing character portraits for the 5 cliques in lighthearted. First up was her amazing rendition of the Jock, time-lapse of pencils below. Tonight she'll be drawing our Geek on her stream https://www.twitch.tv/blue_troller. Come hangout in chat and ask any questions you have about the game!

Awesome! Glad you had a good time!