Oh ok! Glad you read my feedback and I'll keep an eye on the project 😊 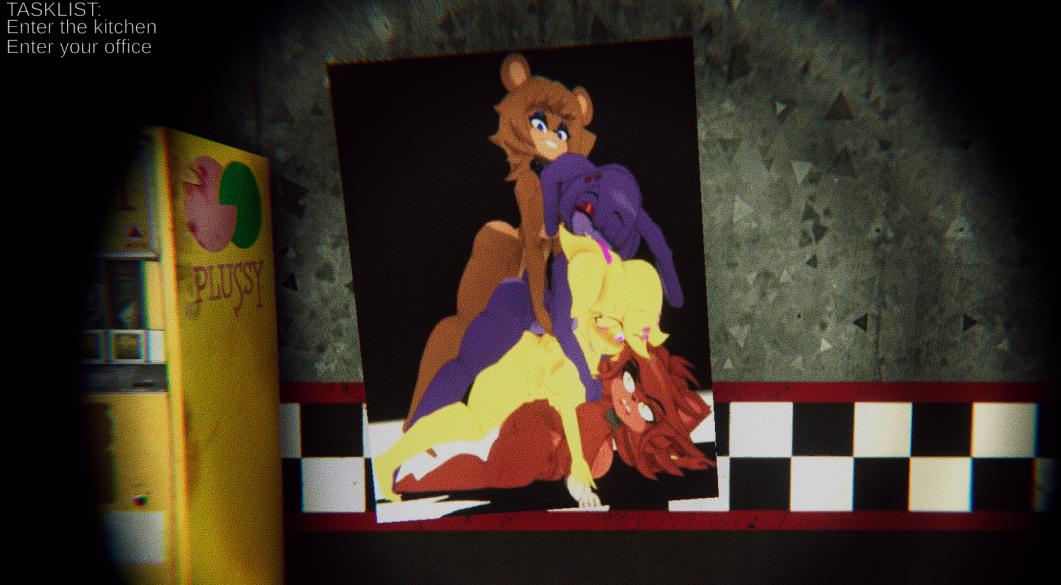 So, after a friend sent me a screenshot of art that I made (image linked), I was interested in seeing how the game is. So control was fine, with a few quirks/issues, such as A, S, and D on the keyboard wouldn't work (which reading the comments before writing seems to be getting fixed soon), the crouch is slow, and can't even speed up while in the position, you can't even turn all the way without the mouse or the screen gets locked, thus having to turn the opposite way to get more "space" to turn once again.

Now the animatronics were...confusing. I couldn't see them running towards me until I was in the "resist" scene, in which there I was confused about keeping E press or pressing multiple since there's no bar to let you know.

The map is fine, but the layout wasn't said; if there was a map on the camera could help to alleviate the issue (maybe have the player's location too). Also, for the camera, seems as if the moment writing this isn't useful since you can't change the camera (from what I played) and didn't use it during the time iI was in.

I'll say this without leaving in a sour not, I see a future in this game. The premise and the gameplay that is there is a great foundation, just needs some fixes and/or inclusions of some mechanics to work.
And for the art around the building, since most of the art is from other people, like mine, I'm worried you gonna get into some issues with the artists. If you're interested in posters/key art for the game only, you could DM me on Twitter (https://twitter.com/KevZep1), and we can talk about it. But you got permission to use my art (just ask next time if you want to use them), as long as you give credit to me if you aren't interested in comms me.

Overall, a fine game with a few quirks that can be fixed and have a few mechanics/features implemented.
6/10

Great game!
Question: how do you get the 4th heart on the Xelda level?

In Millow level, I don't know how to get the 6th heart, does anyone know?

Will other models be available later down the line? From Haydee?

I enjoy the game. The raccoon girl character was cute. Question: how do you open the Bonus zip files? Is it with the password? If so, how I use it?

It's a pretty good game, I wish there were some online component. It gets really hard when you try to survive by yourself

Thanks for responding. Take your time working on the game

Would there be a Mac or Android version