Wow, when did Aki turn into his own mom and learn to cook? 🤔 /j Reply
Tavern of Spear v0.23f community · Posted in Blood crystals- did I do something wrong?
KandyKayne69217 days ago

Stupid APtCH meme I made:

1. Keisuke got one later on in his route

Reply
Tavern of Spear v0.23f community · Posted in How do unlock Parif's recipes???
KandyKayne69313 days ago

Coffee is unlocked when you talk to The Boss AFTER you save the shark (In the underground city).

Honey dessert is unlocked while trying to recruit Bread. After befriending him and offering him jam bread, Snow will eventually say that he scavenged honey while getting rid of a bee nest (honey is the key ingredient for the dessert).  The dessert should be unlocked after you get the honey.

Keisuke's route still doesnt have any branching paths (the first date doesnt count, your desicions only affects how the date turns out).

The last day (as of 0.51) with the washing machine CG is the same one that everyone gets, regardless of the outcome of the first date.

How about a new game+ mode instead? The player will be able to start a new game while keeping all of their items and stats from a different save file.  It would be useful if you want to try going through a new route or obtain a spicy scene that you missed, all without having to completely restart from zero!

Idk man... Jun is starting to look like a pretty good contender 🙈

so I was playing the newest Shoichi update and was going through the different paths when something caught my attention... [SPOILERS]

Idk if anyone else has noticed, but it's interesting to see how the B and C paths keep reminding you that the route that you're going through doesnt have the best outcome possible. And the example below isnt the only instance that it happens.

Also, on an unrelated note, the B and C paths have been shedding a lot of bad light on Shoichi lately. Even if this game is supposed to be very realistic with the issues that it tackles carefully, I'm starting to lose my appeal for "best boy". 😥 (or not-so best boy, I guess...)

Quinn is a bara enthusiast 👏😌

Does that mean he changed the way he publishes public/patreon updates from "14 days later" to "1 update ahead of the public version"?

If so, that'd make a lot if sense.

A lot of VNs (like Extracurricular Activities and After Class) do that, so I wouldnt be surprised if he did it like that as well.

doesnt the word before already have a period?

Even if the game hints at Haruki having a small crush on Shoichi, I highly doubt WOTB would make it so either Yuuichi or Shoichi would get together with Haruki DURING the Shoichi route because:

1) Shoichi is too madly in love with Yuuichi to break up with him (much less leave him for Haruki) or let him go, since he's probably the type to do anything for soneone so that they dont break up with him.

2) I doubt Yuuichi would leave Shoichi for Haruki, given the history he has with both of them, because think about it... childhood bsf who loves him or rude boy who he's clashed with a lot. Who would HE choose? (and if you're one of those mfs who choose the latter over the former, square up 😤)

If WOTB decides to make either of the boys date Haruki, it would probably be in different routes.

1) If WOTB wanted to make Yuuichi date Haruki, he could probably implement a secret route that can only be triggered in the prologue (or maybe even in the character selection screen where you'd need to trigger certain events).

2) If Shoichi were to date Haruki, it would most likely be in a different route like in Jun's or Keisuke's, where he realises that Yuuichi is already dating (or has feelings for) someone else and has to move on (it would be something similar to Extracurricular Activities, where Spencer dates Darius or Azaghal on Harold or Darius routes respectively).

Does Shoichi actually have two left feet or is that just a metaphor for saying that he sucks at dancing?

I remember seeing Yuuichi say that Shoichi has two left feet but I am unsure if it was just an exaggeration or if he was actually born with two left feet. I also remember that he says it in two separate occasions, which is why I'm a little confused.

Reply
Tavern of Spear v0.23f community · Replied to KandyKayne69 in Trouble with war
KandyKayne69363 days ago

Also, convincing Thane to stay in the tavern is the better option (according to the guide).

Reply
Tavern of Spear v0.23f community · Replied to DracoTheDragonRawr in Trouble with war
KandyKayne69363 days ago

But if you dont wanna look at the fan made guide, then here's a short explanation:

Do the neutral route but side with the bulls most of the time. Show Axel the spy's heart, lead his army when you scare away both tribes with the fear potion, and give the bulls the fruits (you still have to sabotage the bomb and the rogue lizards' test).

Fair warning: saving the lizards from being hanged will essentially lock you out of Nauxus's sex scene (since he wont trust you as much).

I wish he would at least communicate a little with the people that play the game for free. The only way i found the reason that the last update was late was through this itch.io comments section. I dont even know where he posts announcements apart from patreon, because I didnt see any on twitter. And as far as I know, he doesnt have an official discord server for the game. 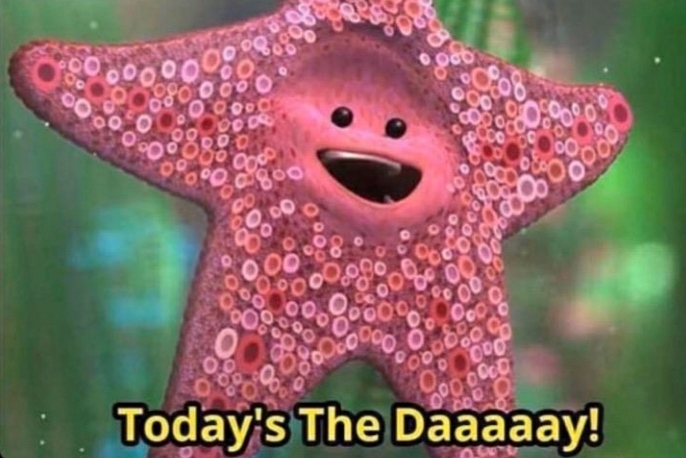 Edit: Nope, not today it seemz.

But he was pretty late releasing the last public build, so I wouldnt get hopes up 🤷‍♀️ (the release went a couple of days past 14 days)

Theres a hidden stats check everytime you seduce a bull. You need 7 or more END (endurance) to make him ejaculate from penetration.

You just need to defeat them via seduction (5 or more CHAR reccomended.) Bull warriors usually stick mostly to either fighting or seducing, but if you flirt with them, theres a chance that they might flirt back.

At that point it's just a battle of who seduces who first (which is why I recommended 5 or more CHAR, cause their flirting moves fill up your lust meter pretty quickly.)

If the bull happens to be stubborn and confrontational (attacks a lot and ignores some of your flirting), have some potions and enough stamina for "Bind Up" ready, because those guys hit pretty hard in early-game.

Dont mind me, just leaving this as a reminder...

The Jun update is late.

Reply
Tavern of Spear v0.23f community · Replied to sibl_t in I NEED HELP DEFEATING THE DEMON IN THE VERY BEGGINING PLZ
KandyKayne691 year ago (2 edits)

I always assumed you couldn't change the outcome because when you rollback, youd get the exact same outcome. 😓

Edit: It turns out that the fan made guide talks about this strategy and even calls it "Save Scumming" (I can see why it would be considered cheating). I'm such an idiot for not reading the guide properly. 😅

You gotta follow him into the forest, which you can only do if some other love interest gives you their sweater (otherwise, choosing to go to the forest a second time without a sweater will say that it's too cold outside and force you back inside).

Depending on where you sit and who you talk to during breakfast, the character may tag along and help you look for your missing keys (if you tell them about your problem). A few of them will offer their sweater so you dont freeze your ass off. 😁

The only ones I know of that give you their sweater are Rune and possibly Devon (although it's been a while since I played Devon's route). After that go to the forest a second time and keep following him. (The rest I'll leave as a surprise 😉)