Amazing! So many new stuff and details!

I love how cleverly almost every single aspect of the game has its real counterpart. The issue in Jakarta is very interesting. I've self educated myself on it some time ago and I just love these references. Speaking of real life easter eggs, the game seems to be full of them! That gives me an idea about a list of achievements on Steam. Probably story-related achievements that everybody will unlock while playing the game could have metaphorical titles hinting towards these real life easter eggs.

It does! And it shows a huge attention to details too!

Amazing work! Seeing how the game shapes up, from inspirations from our daily lives is just incredible!

Hmm I think I see a dark gap you could crawl into and hide by instead going backwards just rush to the falling object and hide.

I hope the final version of the demo will release soon!

I just can't believe how incredible this is! I thought it's just a concept art on IG! I'm happy it made it into the game! 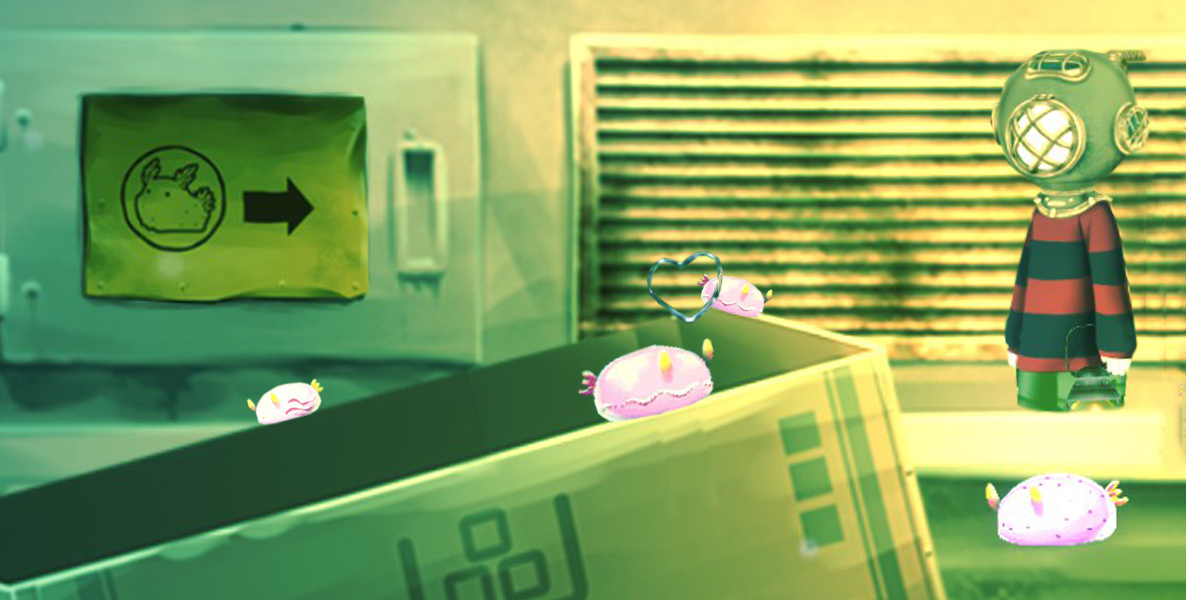 Loving everything you do! The sarcasm too! My most anticipated game ever!

I didn't think about removing the straps. Now I'll start doing it! I hope everybody finds something that will trigger him in this diary.

I love it! Would be interesting to discover more!

Wow great insights! It sounds very exciting! Don't forget to keep all the discarded things for later use - aka maybe an artbook that will feature all concepts and things that have made it into the game or didn't make it eventually.

I am sure that Samudra will settle the score! I am in love with the themes from the demo! They're just amazing, and I am very interested to hear what else the game will offer in those terms.

My favorite underwater one s probably from Abzu, but I am looking forward to hearing what SAMUDRA will offer. So far I am really loving it!

Try the game on Steam then!

I have no doubt that you're all very exhausted. All of this amazing work is tiring, but at the end of the day it probably brings a smile. I've been there, I know what it takes to do something you feel passionate about, to do it properly, and the satisfaction from it.

Speaking of the new trailer I am completely amazed. Although I didn't have much info about what else we'd be facing in the full game, I was honestly secretly hoping for exactly what I saw in the trailer, and I know that this is just a part of what we're going to witness. It'd be an amazing full-fledged experience!

Samudra's demo has been installed on my system for months, and maybe ever since I first played it through Steam, so I am always looking forward to diving back in! :D Thank you! Gl!

This trailer is huuuuge! Amazing!

Oh my! I am gonna get a heart attack! When I saw the trailer at the end of the new demo version my mouth was like this :O and my eyes were like that OoO! Incredible! :O

Now puzzles are definitely easier to solve, but to be honest I think it'd be good to have at least one or two puzzles that are challenging, as challenging as the way the puzzles were in the previous build. Once you get used to it it''s no longer challenging, but for example the hints before could also distract you, confuse you, and I liked that aspect in some sort, because it wouldn't give the answer straight away - precisely about the 2nd puzzle next to the "hidden easter egg room" ( for those who haven't found it yet). Before all gears in the hint had picture in them, and although it's a hint you'd feel obligated to discover which combination would work. Now the other gears are empty and only the 3 you need have pictures on them, making it extremely obvious. It's good, but also in some way not so good for the difficulty. But I am perfectly fine no matter how it stays. It's still cool! Now how I discovered it before was by checking how the gears align in the contraption and in the hint, and that's how I discovered the combination. Now I only had to look at the icons and using simple exclusion logic to solve it (aka there won't be repeatable signs under one wheel so it'd be easy to determine where each icon has to go). I like how distinctive now the puzzle icons are. Before the icons had similarities with some of the scribbles we'd find in caves and other places in some way deceiving you that maybe the hints to solve the puzzles were scattered somewhere along the route you took to this puzzle, now icons have nothing in common with the scribbles so you can clearly make a distinction now.

I like all improvements pretty much, except only one - I don't like that the Salaryman is running. For some reason I found the previous approach with the Salaryman more iconic than the current one. It felt authentic, iconic, tension-infusing to have the Salaryman walk as fast as he did before - you trigger him, he leans forwards and starts walking fast. Now it just doesn't look as iconic as before.. The Salaryman - the fastwalker - was a great detail in my opinion and something that should make a return. The fast walking almost made him feel both human and inhuman, so to speak, and I really liked that about him!

The first time we are being chased by a running Salaryman actually feels good, but after we drop to the sewers and if I purposely bait the Salaryman to chase me he is moving very slow, and I can run to the other side of the room without him catching me. Previously this was not possible. He'd usually move fast enough to outrun me. It seems like only in scripted moments he can run fast now.

Otherwise his animations are more expressive now and I really like it.

PS. Speaking of the teaser, my oh my, if this only a teaser of the full new trailer, I can't wait to see the entire trailer! If this is the whole trailer, it was a blast!

Oh yeah, and I almost forgot, there is a visual bug when you interact to get the lantern. When you interact the screen or some parts of the assets flicker through black for a second. I think it might be some interaction issue. And there's still I think two spots where animations looks laggy. It's most visible as you fall down at the beginning of "Weird Fishes".

Wow! Exciting! Yesterday after logging in I saw that Samudra was queued up for an update. I was like "oh my...an update...how come...there's no info about it". And now I see why! :D Sweet!

Hmmm! Interesting. I know who you're talking about, I think! :D

It's my pleasure! :D

A huge fan of this incredible game!

"You feel like this plastic has always belonged there, floating around and mimicking the movement of the water, the movement of underwater organic forms. It makes you feel like you might have landed on a different planet, where the local fauna and flora is made up of bottles, trashed objects and plastic bags, a planet that has been beaten up and torn from everything that's been thrown at it, literally though."

I see. I've discovered it. In the previous demo the hint was on the same object, but now I couldn't find it. I went there a couple of times and didn't notice the prompt at all.

I am having difficulties with the puzzles, so I am going to restart the game and see if I've missed something in the caves, because I don't think I understand the first puzzle.

Although submitting is closed maybe try to contact Steam for the festival today and see if you can use the new demo to present the game. This event is one of the biggest this year and it'll be a huge lost opportunity. There is still time until it starts.

You have the new upcoming demo, a steam page and etc, so you're pretty much eligible I hope to submit for the event. Miracles might happen, I hope!