Oh absolutely, go for it! (Sorry for the late reply).

The best description of a color palette I've ever heard haha. Glad you like it!

Awesome tool! Here are the two I use: 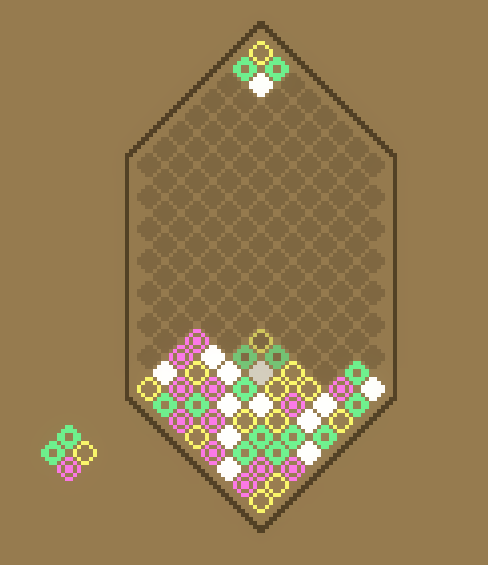 Whoo. That was a doozy, but I beat it. The only level I needed help with was 34.

Though the level "Crosses?" took me forever for some reason! It really wasn't that hard, but I couldn't figure out what section to copy paste haha.

Alright, so who else used 8 lasers on level 3 like a scrub...

Jokes aside, this is a super cool concept.

Awesome little puzzle game! I got all 8 sushi first try :)

Game really makes you think! I got stuck on the level where the door is in the middle and there are two keys, on the top right and top left on top of boxes. I think you're supposed to make a ramp, but I just can't get enough momentum.

Really cute game, nice music, very fun puzzles! Makes you feel like a genius when you get past harder levels.

Just played the demo for the first time after forgetting what this game was called for several months and not being able to find it, haha. I've been looking for some other MMBN-inspired project to see different ideas explored (I'm currently making my own!)

Gotta say, I really like it so far! I would have never thought to combine BN-style gameplay with a roguelike system, it's very interesting. The game is refreshingly difficult -- not extremely hard or gimmicky, but also definitely not a walk in the park, even for an experienced BN fan like myself. Haven't beaten the final secret boss just yet, but I'm working on it! Graphically it looks very nice as well, and in-battle information is surprisingly clear despite the chaotic attack patterns. Music isn't too shabby either. Liked the dialogue being short, sweet, and a little humorous.

In fact, the only criticism I could think of is the general theme of the game being a bit nebulous, but perhaps that will be resolved with a full release that delves a tiny bit deeper into some sort of expanded lore.

But I have to ask... Will there be multiplayer?

Otherwise, keep up the great work! Would love to see this on the Switch, definitely a must-buy for me if that happened.