For some reason Itch never alerted me of this, but absolutely feel free to make videos of our games!

You need to destroy the Security Bot :)

Happy to clarify :D also Spy x Family is an amazing series, can't wait for an anime of it!

So to use a picture as an example;

The "Tier Rewards" are anything in bold text, the stuff at the top.

So by "non-tier rewards", it's talking about things like "the latest demos for the game", and "the game at launch for a cumulative amount of $20", and checking lower tiers than this, it also inicludes "access to the activity feed and the Discord channel", although the Discord is public nowadays.

Hope that makes it clear, feel free to ask any more questions of course!

It's unlikely we'll be able to do a mobile version, for a few reasons;

At best, we'd probably try to release a version for large tablets, as that would make all of these a non-issue, but going forward, we'll be making games here and there that will be specifically designed with mobile in mind, along with specifically "desktop/laptop-catered games" like Future Fragments still.

Already been planned for years :P it'll be in at release!

We do plan to make a MacOS conversion sometime after release, but we don't know how long that'll take; you can use WINE for now to play it though!

So some controllers do have issues with the demo; unfortunately we have no fix for this until the final game comes out and we have time to test controllers and configurations, I'm sorry :(

It's pretty much our own in-house engine at this point :P

Glad to hear it, hopefully you enjoy the full game too!

Oh yeah, both of those are planned :)

Hey, no worries, and your opinion's not silly at all! We really value feedback :D

The full game will prevent being stunned during bosses, so we'll be removing that exploit, no worries!

You can edit the controls at any time from the title screen or by pressing ESC anytime during gameplay :)

Glad to hear you enjoyed the demo so much :D thanks!

I wish we could do it on Android too, but it's just got too many features that wouldn't work well on a phone; possibly on a tablet, though!

Thanks a lot! Yeah, this'll be fixed for future versions and the full game :)

Did you play all the way through until the actual ending? :P

Sorry about that, yeah, we don't really have too conventional of a setup for our game! :(

Not sure why there'd be an issue with that; what happens when you try to download it from the itch launcher?

Or are you trying to launch the game from the itch launcher? If that's the case, it won't work because the game unpacks files to a temporary directory when running, which the launcher likely doesn't support.

Well thanks a lot, that means a lot! And yeah, hey, that was an accidental similarity to The Good Place haha!

Just making sure, did you play through to the end? :P

And yeah, the lack of animation isn't something we're happy about, but if you did want a refund, feel free to ask of course!

Thanks for enjoying it :D

Sorry for the long wait in replies, btw; if any of you have been wondering where we've been at, we're still really active over at F95 - https://f95zone.to/threads/future-fragments-v0-42-hentaiwriter.1550/

I'll try to keep updating this topic more from here on out, though!

Progress-wise, we're still putting out monthly demos, and we're just about finished with the FINAL LEVEL of the game, "The End".
Speaking of that level, here's two WIP gifs from it (both heavily compressed);

Here's what we've got left to add before the game's complete - https://docs.google.com/spreadsheets/d/1w8XN-VQ4REdfkT9DR-ybfpm5iV5KJPpFQ9jElKkrKNw/edit#gid=0
And here's our plan/timeline through the end of development by May 2020 - https://pastebin.com/MaJRtQ3E

Also, for anyone who doesn't know, we have a Public Discord channel up for Future Fragments (18+ only of course!) https://discord.gg/puXrfSm

Finally, we're still active on Twitter too, over at http://www.twitter.com/hentaiwriter

It's been a long, long road but we're finally within reach of the finish line; the final game should be a good 60+ hours of content at this point with all the different endings (40+ of them), hundreds of cutscenes, 20+ hours of voicework, 50+ powerups, 120+ sex scenes, and lots of extras like speedrun mode, boss rush mode, the level editor (likely) being built in so you can trade maps with other players and make your own, the new arousal system, and so on. 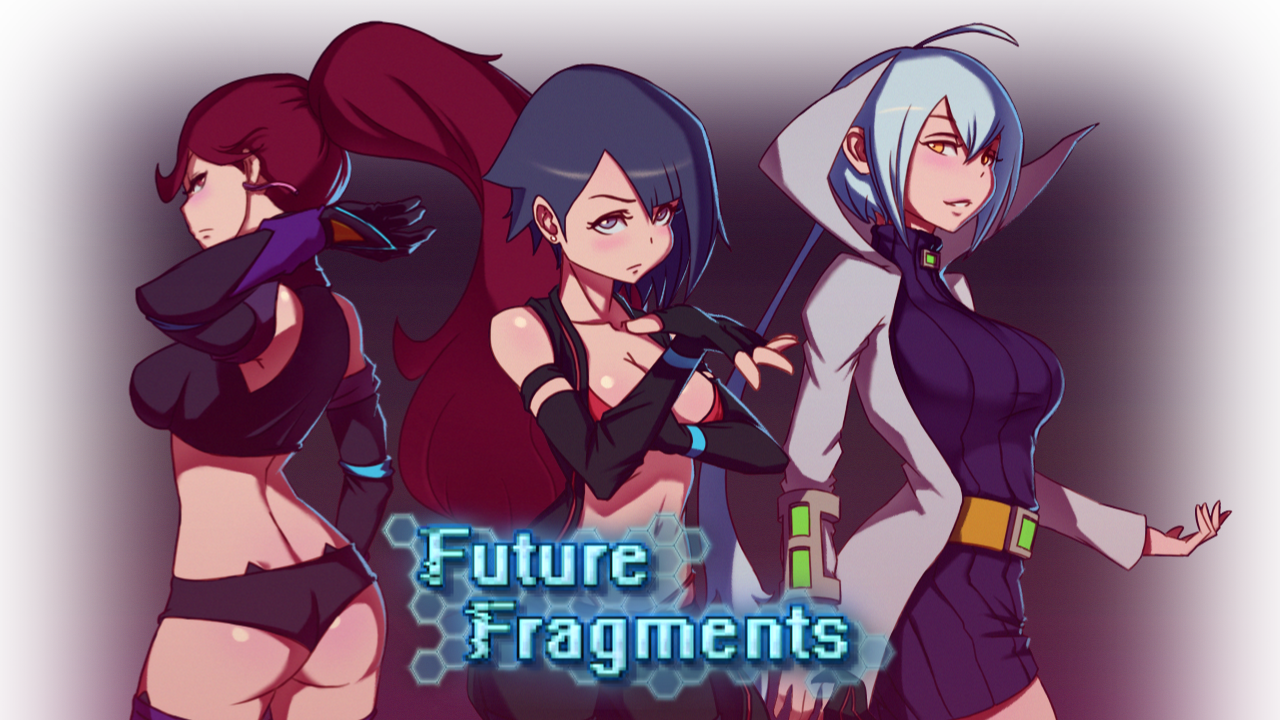 NOTE: There is nudity, sexual content, and so on within this game, so you definitely should not download or play this game unless you are 18 years of age or older! If you're of age though, then the link to the itch.io page is below.

Link to the itch.io page: https://hentaiwriter.itch.io/futurefragments

BACKSTORY (If you don't want to read this, there's an opening cinematic at the start of the game that covers all this; we'd still suggest you check out the game features below this though!)

The game starts off in the year 1000 AD, where your King, a powerful sorcerer, has been having trouble keeping your kingdom protected from those who would try and harm it.

He’s attempted to train multiple promising citizens into mages to help defend the kingdom, but unfortunately only two of them had enough talent to become true magicians; Talia (that’s you!), an 18-year old, serious, “by the book” long-range specialist and Faye, a 21-year old, acerbic, arrogant short-range specialist.

All seemed lost as the kingdom was slowly losing ground, but then your King stumbled on a miracle solution. Using his powers to rip a portal open to the future, he was able to find a powerful weapon, sitting disassembled in fragments, in the year 3000 AD. Thus, your King’s orders are simple and direct; find the Fragments and return home safely. Additionally, whoever brings back the most pieces will be designated the King’s right hand woman, with all the power that that brings. Unfortunately for the King though, the two women each have their own motives...

And of course, there’s threats in the future, too. Mainly, there’s the World Organization for Regulation of the Masses, abbreviated “affectionately” as the WORM by the few remaining rebels who fight against it. Even worse is that sex and relationships, being seen as a waste of time that could be spent working, are both outlawed by the WORM (people are created through cloning and other means).

This means that quite a few people are very, VERY desperate for sex in the future... and on top of all that, if you want to survive, you'll need to figure out the truth behind the Future Fragments. 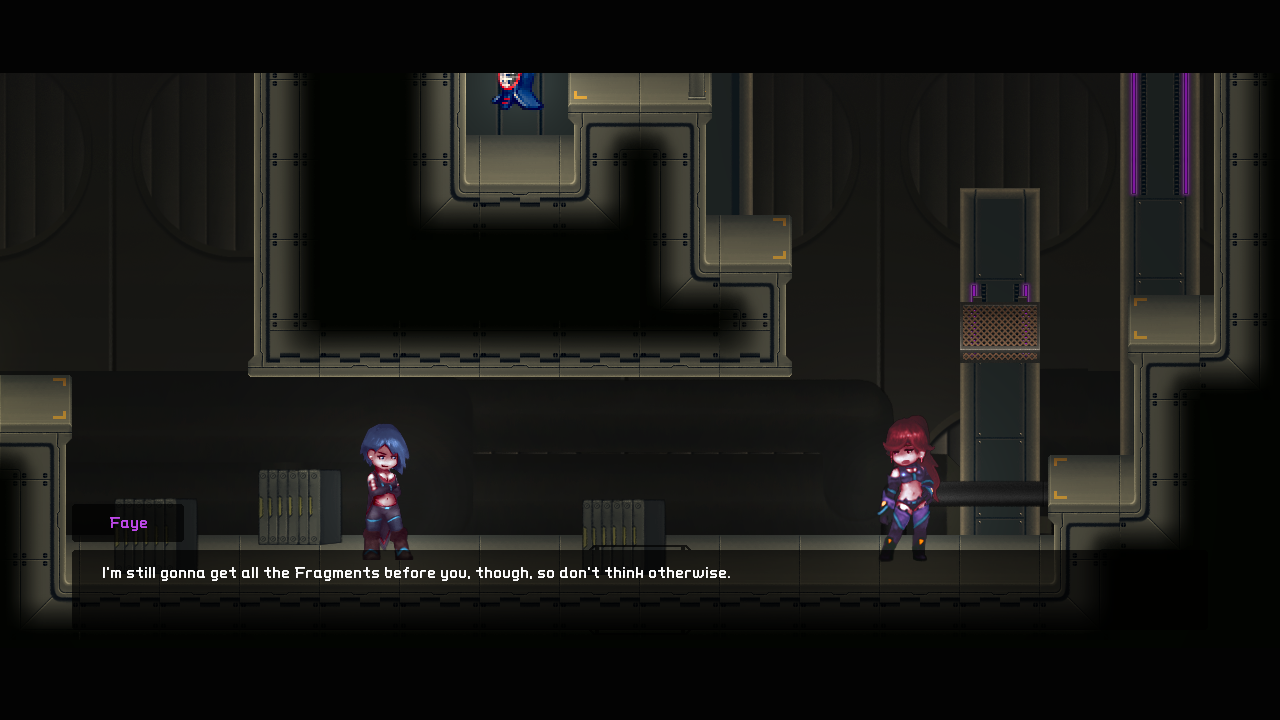 The current Electric Level demo posted here on Itch.io is the most current version of the game, and it has the following content;

This demo is only 1/5th of the game; the full game, still in development, has five levels, each with completely new mechanics, enemies, and more per level, as you can see in the image below, showing off three of the other levels; 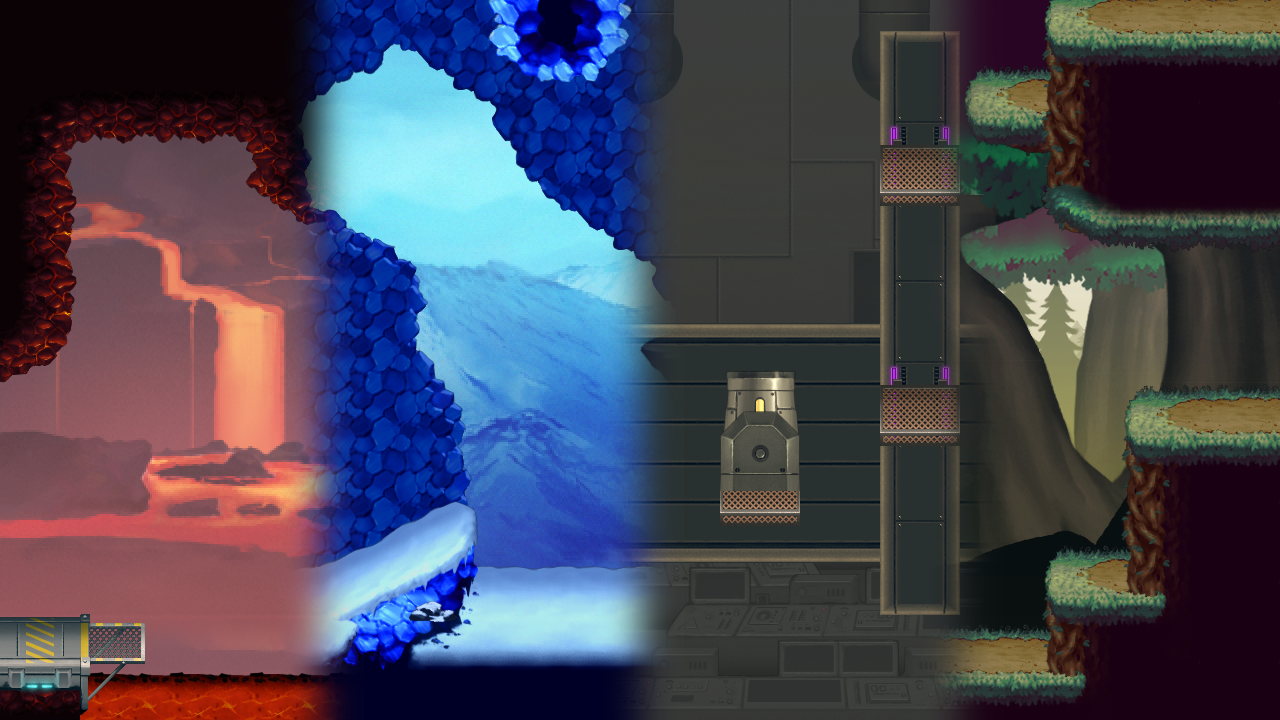 Definitely feel free to ask any questions on the actual Itch.io page (which is again at https://hentaiwriter.itch.io/futurefragments )

Hi, I'm currently selling one of my games on Itch.io! Currently, I simply payout the profits from the game to my account and then split it accordingly with the team members who worked on the game.

However, I'm about to publish another game on here and it's got a different team from the first game.

So, is there any way to differentiate between sales of Game #1 and Game #2? Like to tell exactly how much Game #1 made since the last payout, separate from Game #2's sales?

Apparently, people who downloaded your game also went to go download mine, so thanks for the unintentional referrals :P still up to help you out with this game if you need it sometime man! :)