I'll fix it later, thanks for noticing!

Oh damn I totally forgot to make it printable! I'll provide a BW version of the PDF asap and convert the markdown version to a pdf as well.

Thank you, I fixed the "chosen to", but left "Artefact" as it is as that's the british spelling apparently. I like it better cause its closer to the italian word "Artefatto" and it's seems fine either way

I'll consider adding arrow keys in the future. Alternativly you could download the executable and play from there

thank you kindly for the nice response! Glad you like it so much

Thank you, gotta amp up those animation to make the game look cooler!

Thank you, I guess I'll nerf that move by weakening the user each time it gets used. Stuns are kinda buggy when both of toys get stunned right now so might has well change the secondary effect. Thanks for the feedback

cool game, sometimes you might have to wait too much for the tris of beer to appear, but overall neat work

Adroable little game, i loved all the npcs scattered around

cute, great job, even tho i got no platforming skill whatsoever

That girl is adorable. Also a nice short scoped game!

It makes you go last, but its kinda wonky when both toy are stunned

Write here any bug that you encounter. Right now there are some problems with status stacking afaik, but nothing game breaking.

Feel free to leave suggestion for expanding the game.

Amazing skeletons. I love the unconvential shape they have. This is showing the potential of how bone can be remade by necromancers!

Thank you, You minis are amazing as well!

These are some Minis with the capital M. I love these!

Sorry for the wait, but now I added the B/W version of the minis ;)

feel free to use the Sprite and design freely

Join the server of the Jam!

Reply
Paper Miniature Jam community · Posted in When is the jam?
Hairic Lilred123 days ago

Right now it is as you say in the last part. After the 30th you can submit your work you are doing for the jam.

I actually haven't thought of a specific place where to meet everybody. Right now there has been some movement under the #paperminijam hashtag over Twitter. I might consider doing a Discord Server and pin it on the jam page, if there is demand, i hope i can handle a whole server tho.

Reply
Paper Miniature Jam community · Posted in Is there a limit to how many pages your paper minis take up?
Hairic Lilred128 days ago

There is no limit whatsoever! You can submit a miniature pack with all minis on 1 paper or several copy of 1 mini per page. And you can submit multiple packs as well so that you can divide them as you want.

Reply
Paper Miniature Jam community · Posted in What is the recommended size for paper miniatures?
Hairic Lilred128 days ago

I'd recommend to draw them so that when you print them they are 1,5-1,8 inch tall. This way they are in proportion with most existing miniature. You can make them bigger and scale them down to the right size as well.

I'd recommend using existing paper miniature as a height reference. I have a free miniature packet if it can be of any use.

thank you, glad you like by bots so much

feel free to do either way, I recommend to try to get inspired, ideas get better refined through our minds!

To suggest any prompt to the existing category, reply to this thread.

Oh, thank you for playing the game and for the feedback. I think that I may have done the game a bit too difficult, but I mostly spent most of the time on doing the Ghoulie, both the sprites and programming it, so I hadnt much time to test and balancing it.

You still did more points than me anyway :D 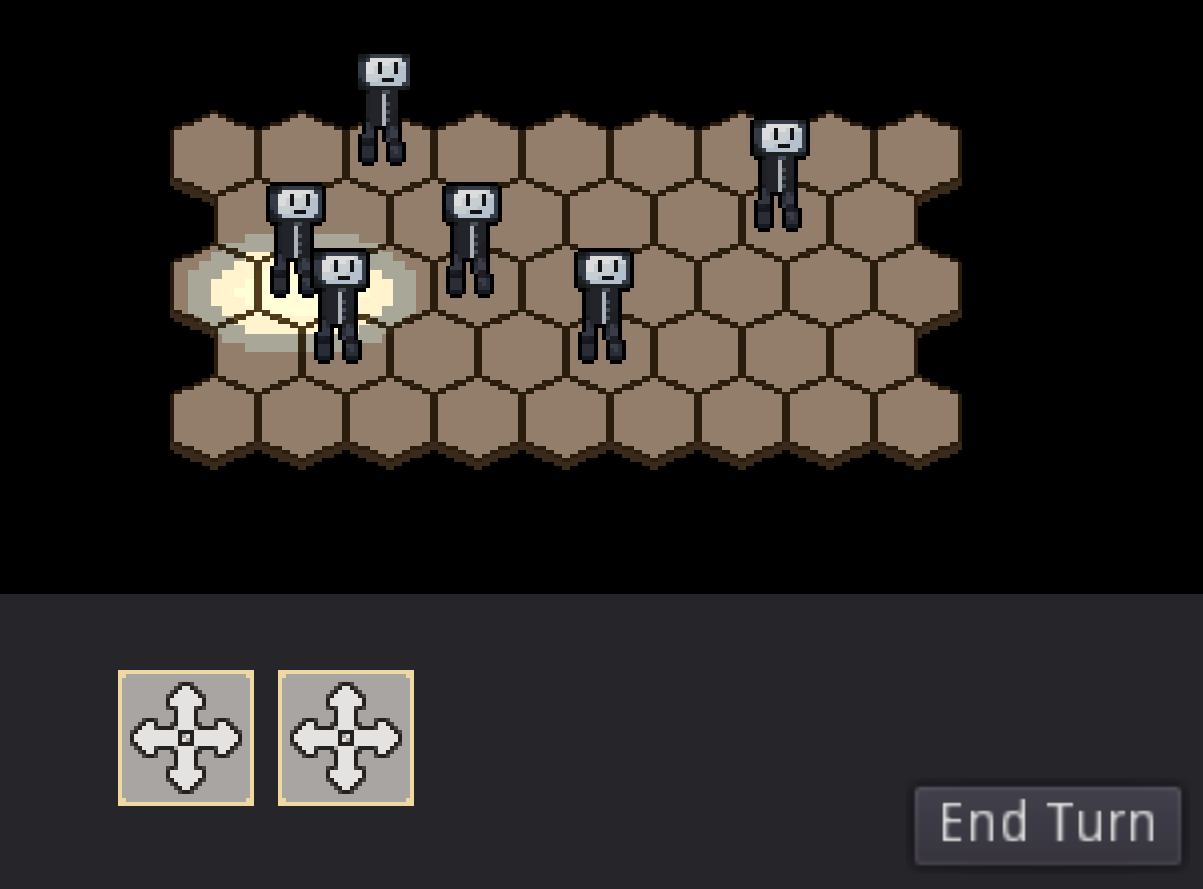 I recently started working on a prototype I left behind this January. I started it as a development of my first game ever, Cultists VS Demons, a simple turn based rpg-ish game made for ludum dare 43.

The first step I took was to redesign the whole combat system structure: I'm using Godot and decided to separate the logic of combat from the graphic nodes object, opting to use a MVC structure. I'm using some Resource script to handle the character logic and some 2D Nodes to handle the View of the game and the root of the Godot scene and some other underliyng node are the Controllers. Currently I am doing some changes to the whole structure in the branch Network and the BattleScene isn't ready, while in Master there is a little example on how the system will actually work.

For an online game some networking shenanigans is required. To do that I'm discovering and using Node.js which is super useful to handle websocket and can easily be connected to Godot game instances. In fact on the Network branch you can see an functioning (at least in term of functionality) lobby system. I need to structure better the Server side, but for now it does what it needs to do.

Next step is to finish the whole restructuring of the project and then create some actual game logic.

See ya in the next one.

It has been some weeks since I started making a project with new version of Godot.

For now it's called Gun Waifu, since the starting idea was to make a game where your weapons, that you collect throghtout the game, are also cute girls to save from bad guy.

The game still needs more stuff to be added to be playable, but I am finding a certain rhythm that I can follow.

More of the game later, for now just a gif of the dodge roll I implemented last night.