I think this is a neat idea, but there needs to be a bit more feedback and also contrast on some of these puzzles. I had a hard time picking things out from the background, including the little puzzle pieces that got spit out as I randomly clicked around. Everything is so small! As it stands, it's a literal pixel hunt.
I think there were also some triggers that were broken. Some of the letters on the right side lit up when I clicked on something, but it didn't feel like there was any correlation. Really confusing and hard to understand what I was supposed to do.

For what it's worth, this game option is just one of the mysteries pulled out of a full run. I was still able to start a regular Skeptic run and have finished the game a couple times now. It's fun!

I just purchased this game, and loaded up the Windows version. I tried selecting the Spine Chilling Story of School Scissors, as the game suggested, but when I click the "Investigate Mystery" button to start, I immediately hit a game over screen. My Doom is 100% on the results page, somehow. I noted that the Doom counter on the setup screen says "End" but I have no reference whether this is normal or not as I haven't played this game yet. I was able to start a random game but I really wanted to do the suggested mode first. Screenshots are included here as well. Looking forward to playing this game! 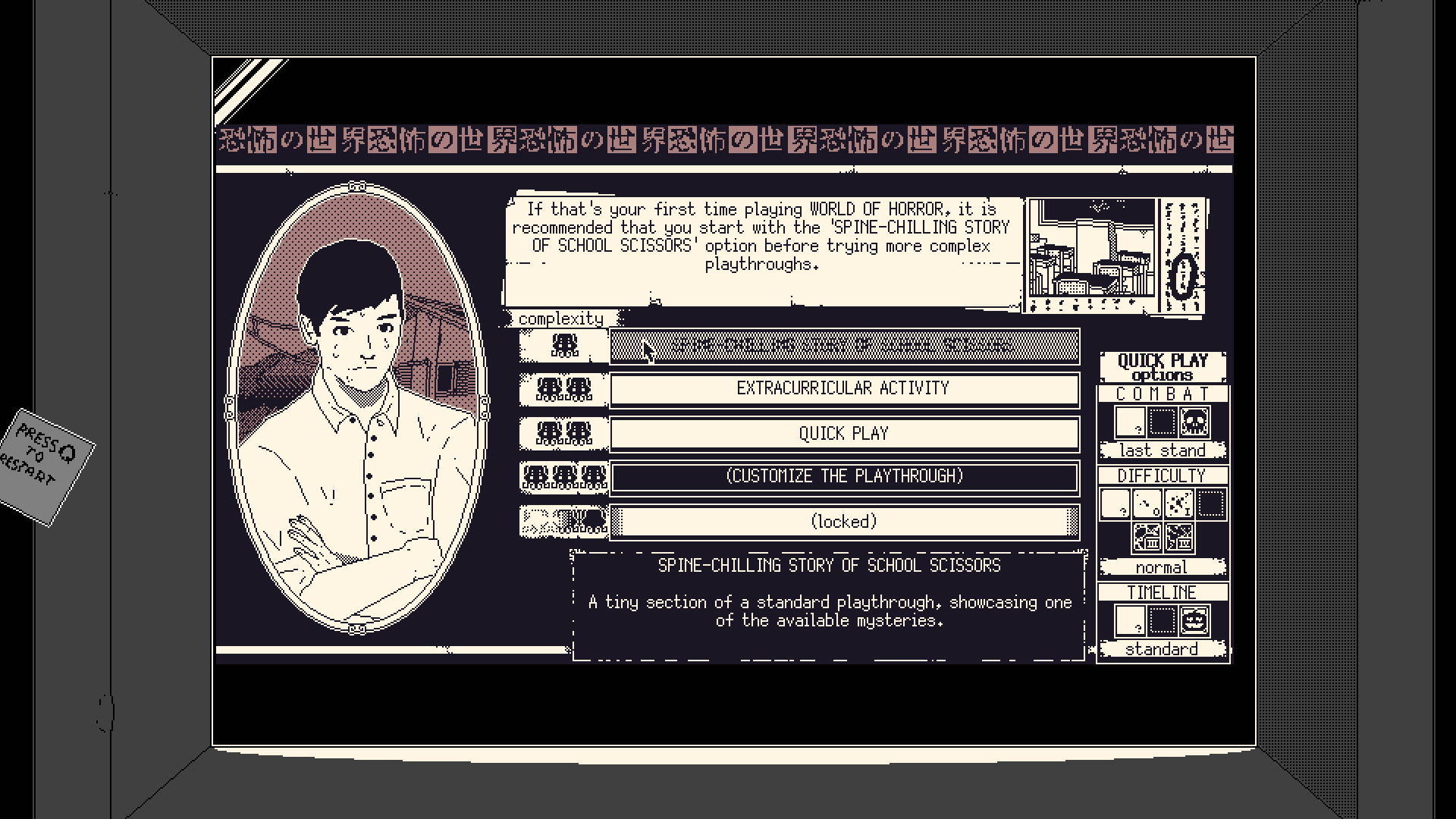 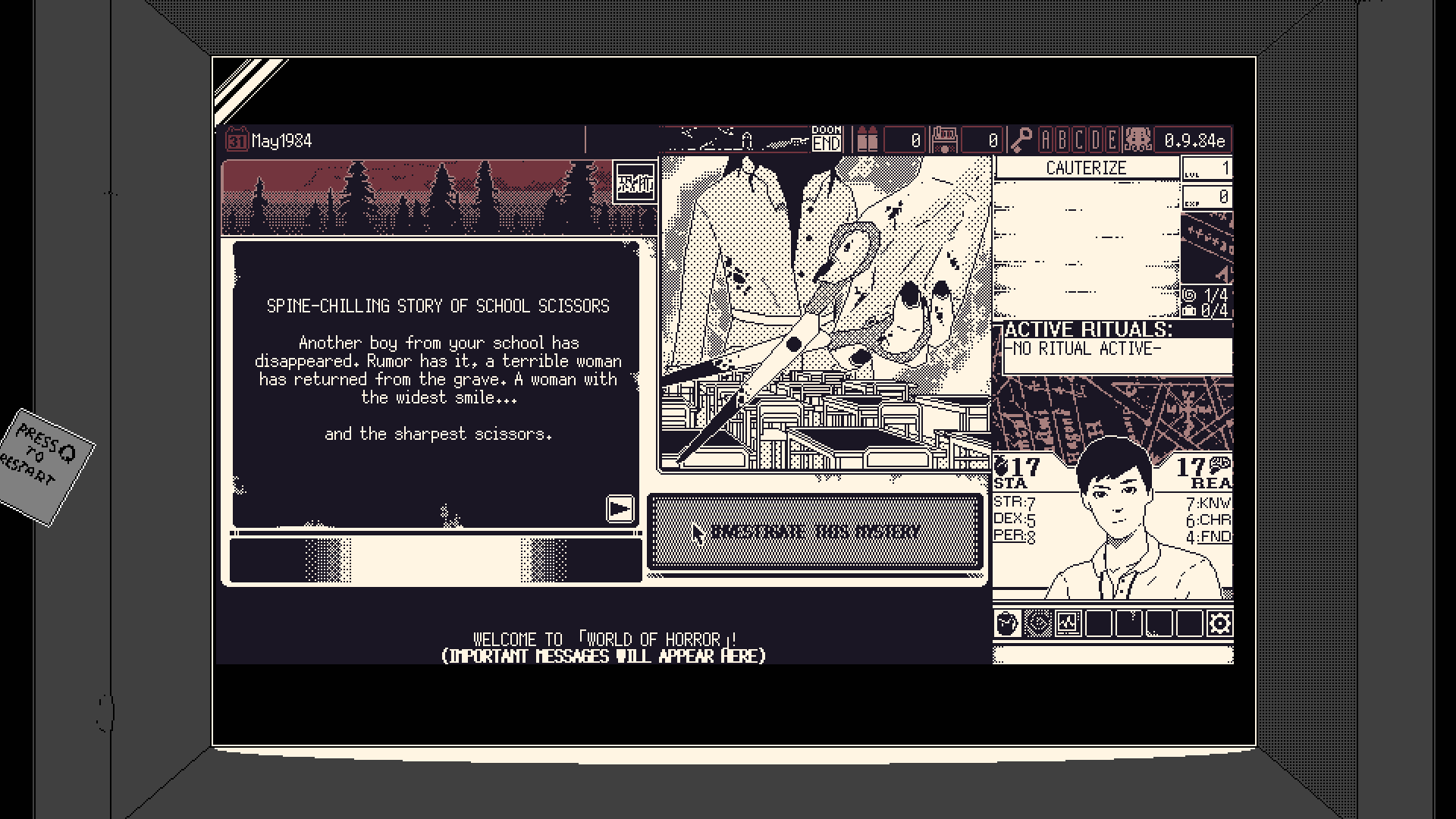 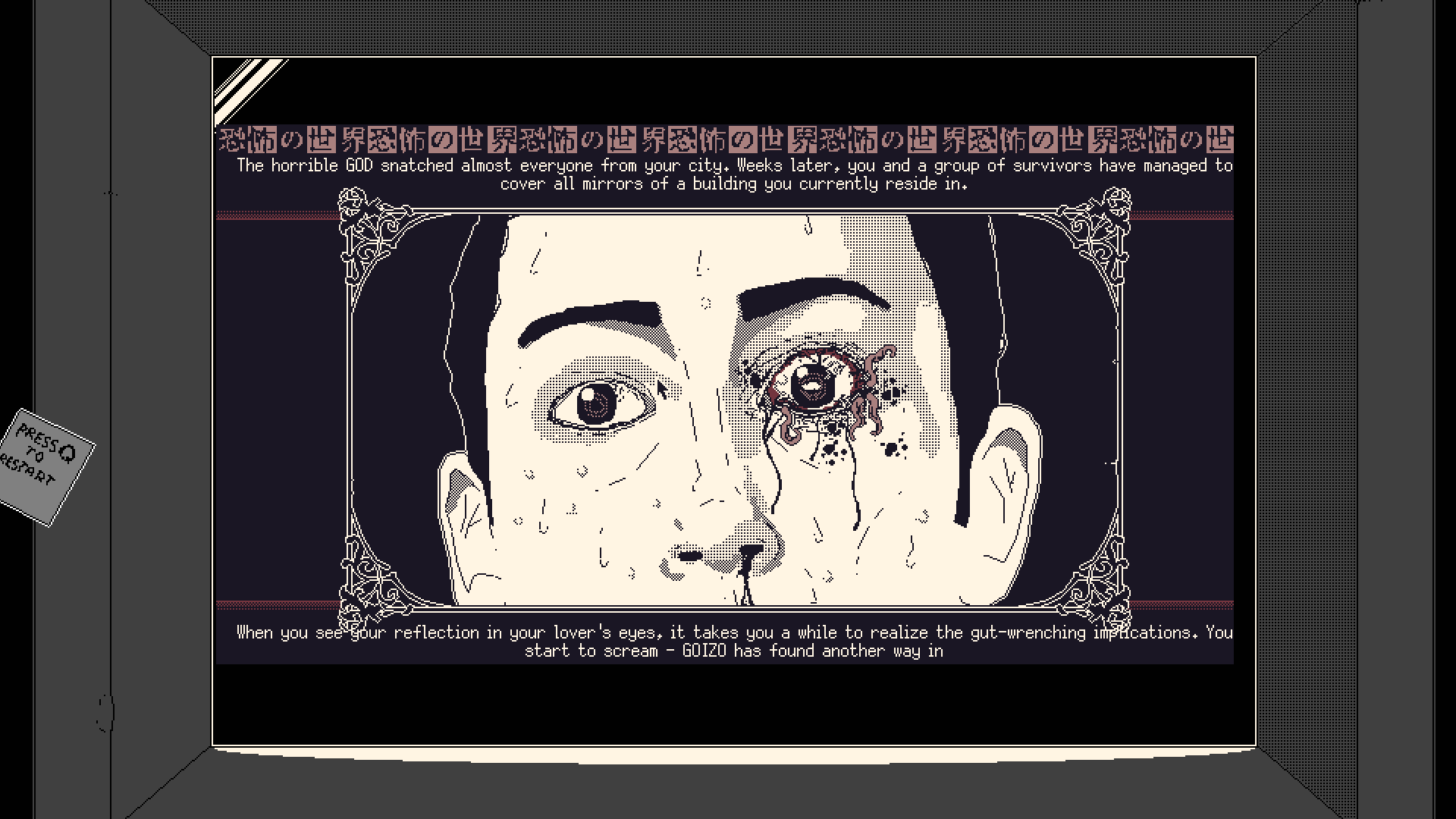 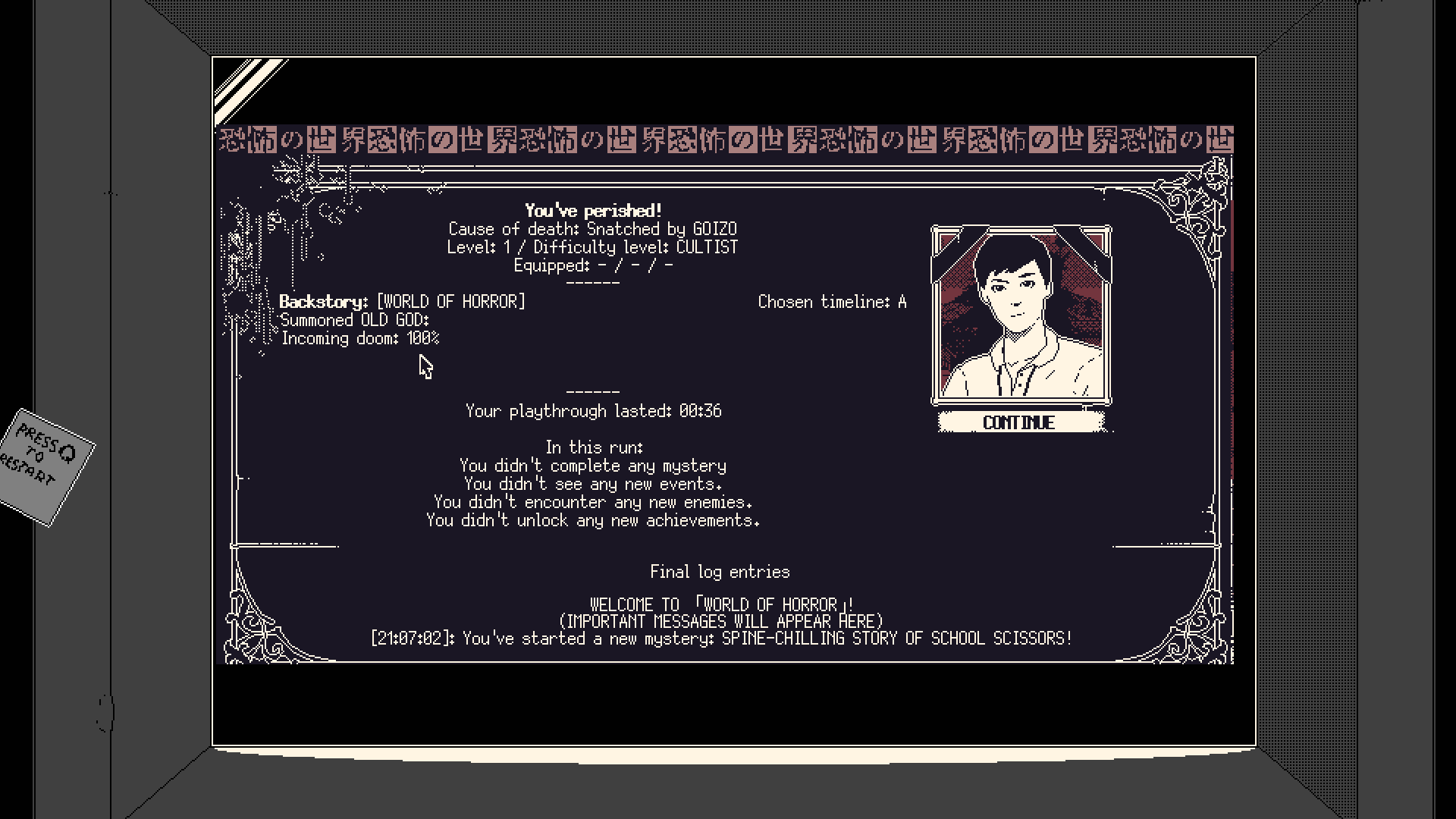 I clicked outside the window accidentally, and when I clicked back in, I couldn't move. I could still shoot rocks though.

No apology necessary! Glad you're aware of it, and keep making stuff!

Cute game, but I found a pretty serious bug. I immediately got myself pushed out of bounds/into the walls of the stage by letting the screen scroll press me against a corner as it moved. There was no way I could find to get back in bounds, so I couldn't beat the boss when I finally got there.