Thanks! 100% agree, the cap for valuable objects being 2 scratch / 1 inventory space + travel rules and timelines make a good regulator regardless of the amount of loot you put in an adventure.

I apologize for bumping another years old thread, looks like I discovered this community too late! Here's another egg adventure though to add to the list. I added as much graphic design as microsoft onenote with a mouse would allow :D The loot is a bit on the heavy side at the end because I've been chinsing my players a bit by accident and they tend to miss a lot of loot anyway. Also not noted in my room description, the egg sits on an obvious pressure plate and the room begins to flood when it is lifted. Let me know what you think. 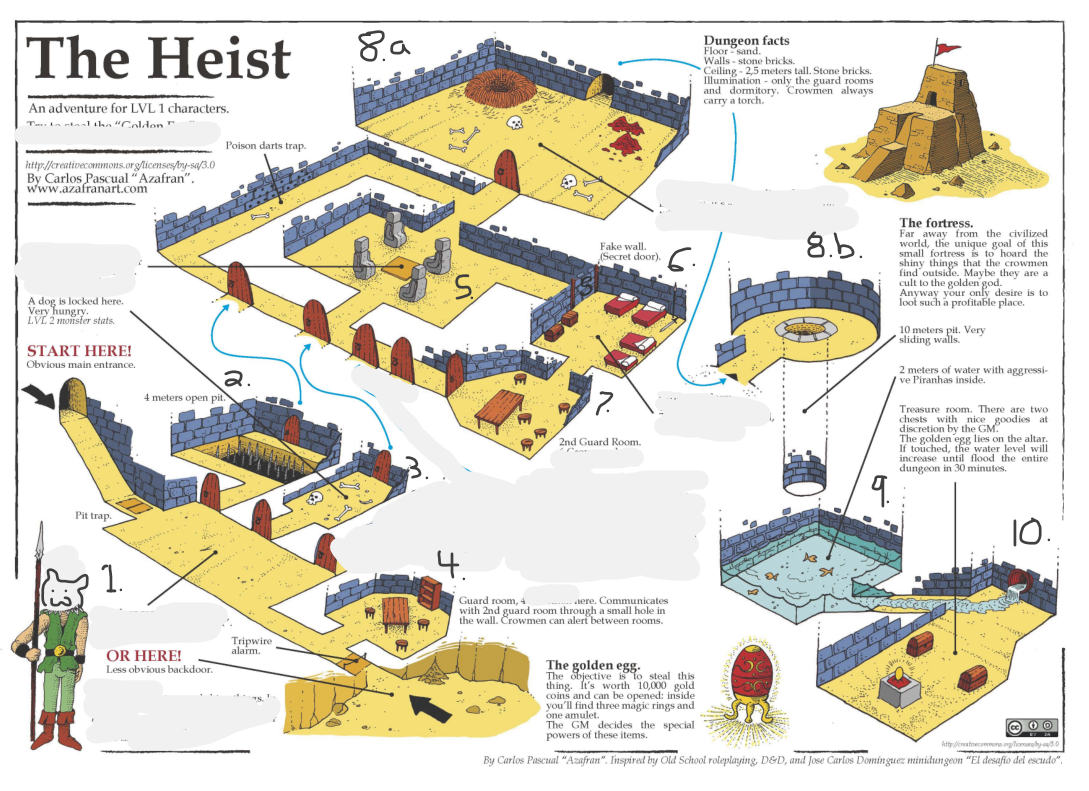 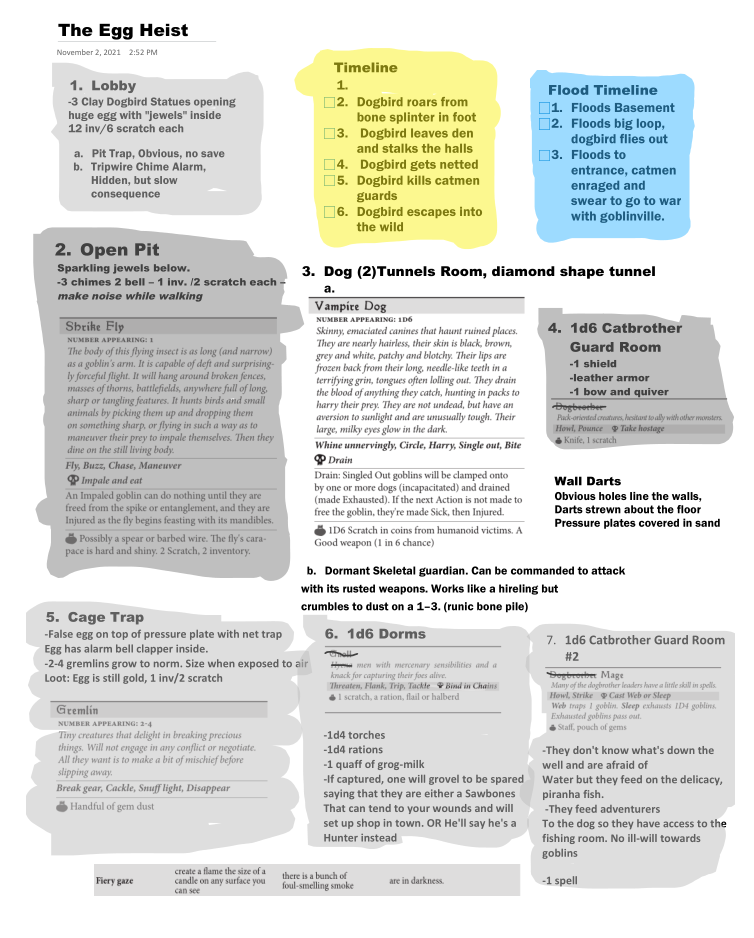 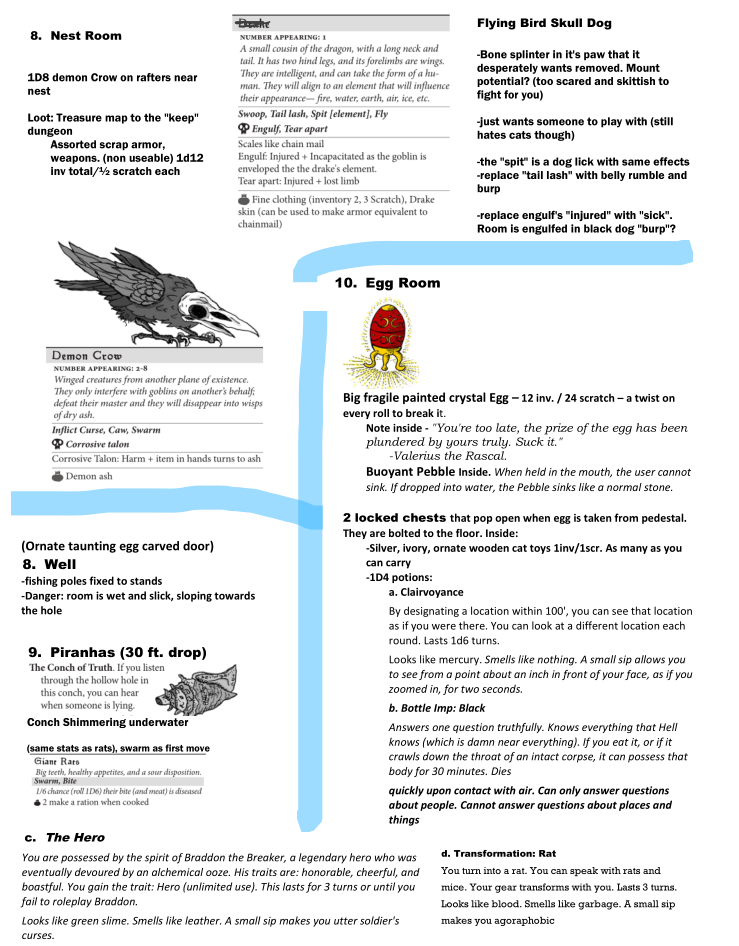 I really like your house rules, they seem battletested rather than haphazardly thrown in from theory-craft.  To add my 2 cents:

"• New Titles and Traits are assigned when returning to town, not at the end of each session. - We found we were taking 4 -5 sessions to go out and then get back to Goblinville and wanted to slow down XP progression."

My group has also taken about that same time to return to town. Playing the rules as written my group has come back levelled but without much to show for their new titles and rankings which seems a bit lackluster. Because I like the fast levelling though instead of house-ruling I'm trying to just give out pretty much double the loot, really try to utilize the "Let it Ride" from Burning Wheel and increased my session length from 2-3 hrs. to 3-4hrs.

"• Session goals, when completed, allow the goblin to remove either Exhausted or Panicked from their active conditions.  - Suggested by the players to give additional weight to session goals. We're still testing it out."

I have similar problems with Goals and Beliefs not being mechanically relevant enough, especially during session wrap-ups. The condition system seems too delicate for me to mess with so next session I'll be trying out a rule: Beliefs should try to reflect an outlook on Goblinville, the Goblin Squad, or the Adventure Location. The Goal must be an enactment somehow of your belief and you don't gain a title if the session goal is not accomplished.

"• Needing to roll a new marching order while in combat doesn't mean a camp action is immediately required. However, needing to camp immediately after said combat is a possibility. - Sometimes we would go through a couple turns while fighting a boss and I felt everyone gaining a condition while in the combat was too dangerous"

I totally understand the sentiment, different strokes for different folks. However, I feel the threat of a camp requirement incentivizes fast and decisive combat without it dragging on. Like npc morale/relevant moves left, it's represents the PCs  fatigue and continued willingness to fight. I still do run into the problem of combat dragging a bit when a PC tries to better their position when the inciting monster move would decrease position. Fictionally things change but not mechanically. Fun, but long combat sometimes. I'm going to try to "Let it Ride" more often and possibly increase the scale of each action instead of the default loose version of DnD 5 second minutia.

All the rest of your house rules I love.

My PCs have started to leave items and scratch in town. I realized they don't even own homes though and nowhere in the rules as written do they have a place to store things...

>As an additional ability from the mines you can pay 10 scratch to dig out a bank vault for your goblins to store things in town.

>A possible town catastrophe is getting your stuff stolen from the vault. (With evidence of the crime if you're not an evil-DM)

This one I'm still considering. On one hand not being able to store items forces you to put your valuable items in danger every outing which is a good thing, on the other hand being able to store things increases player choice for what type of "loadout" they want to take with them as they accrue more magic items and gear. It's easier to store wealth for long-term goals as well. Thoughts?

I've been absolutely loving this game so far. Here's some drawings I did for buildings in the game I've been DMing. (Tavern and Town Square with their respective gobbos inside) 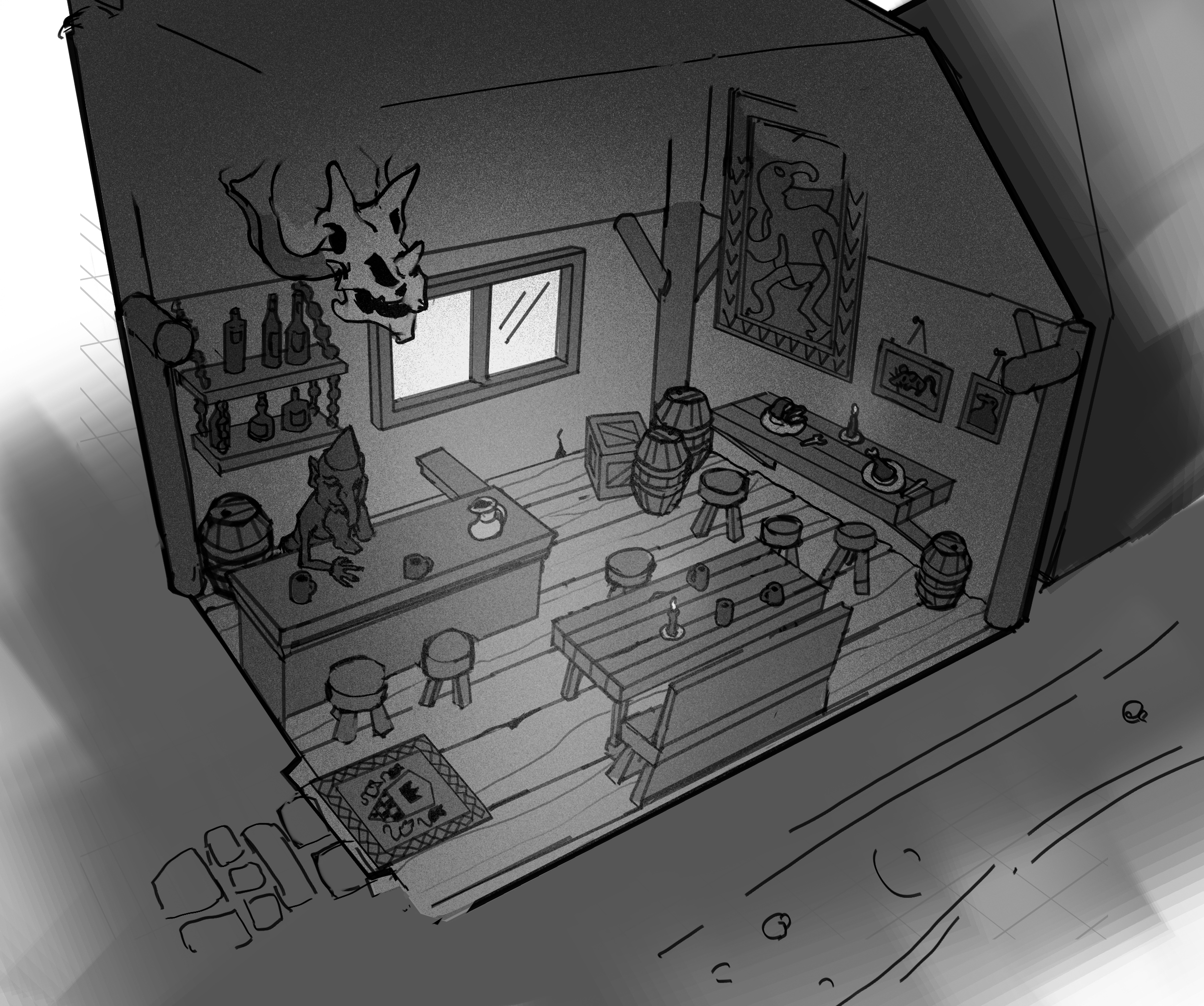 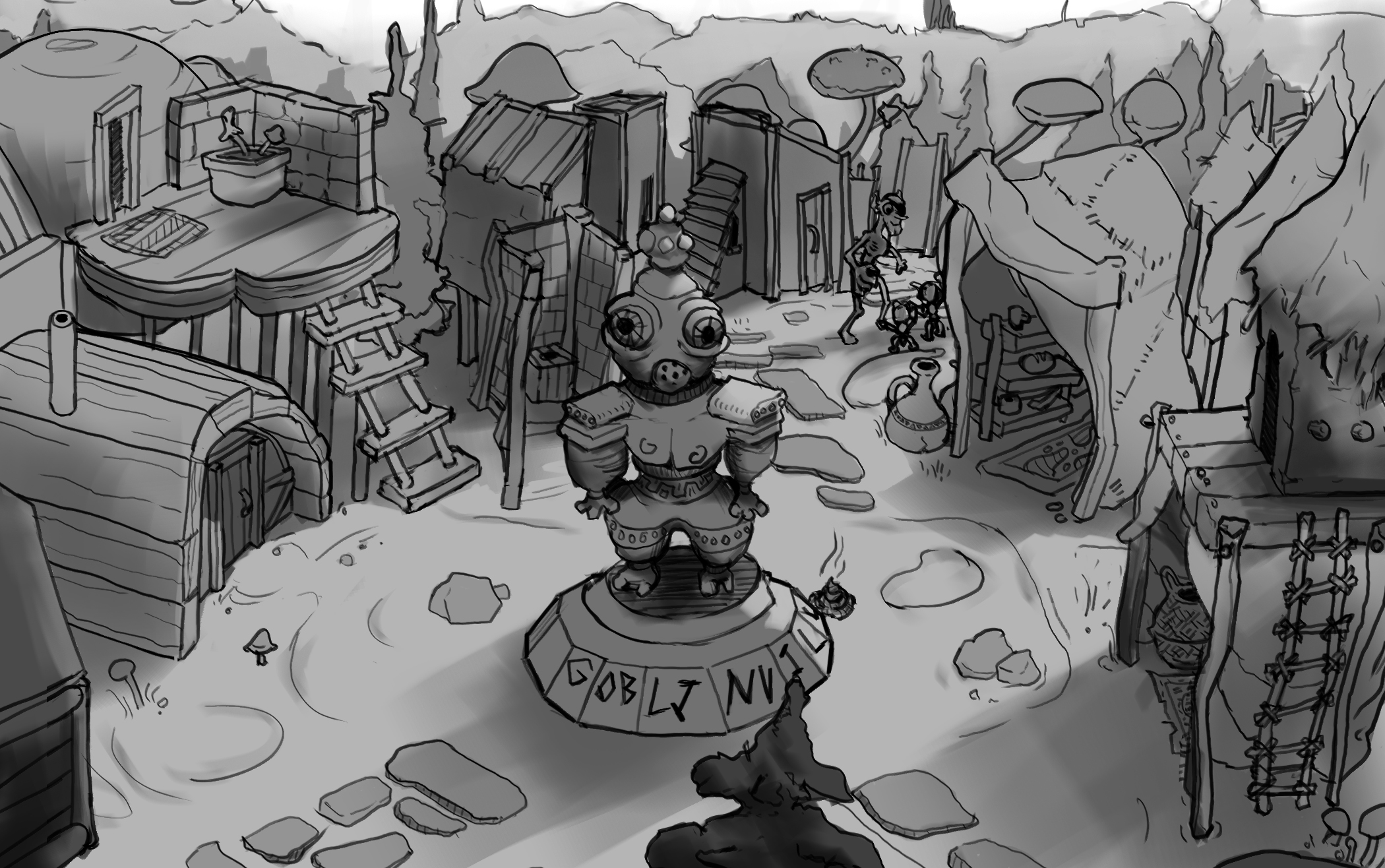