Bruh this shit is phenominal! Maybe I havn't experienced enough media to feel this way but fvn authors really be out here making their first visual novel and end up putting up modern masterpeices and having it be only known by such a small fandom.

Bruh, I'm so confused on how I should feel about these characters. We are 6 builds in and 2 of the love intrest have either have or may have done some shit you'd expect from a villan. At this point I'm half expecting gabe to do some heinous diabolical shit.

This is a really good demo! You got your hands on some great artist and musicians, I barely notice when the background songs loop and they sound good too

The dialogue/internal monologue is well written and character related shit is my priority when it comes to fvns so thats a plus. I'm not expecting some ambitious story or character study, not that I'm opposed to that but I'm a sucker for simplicity.

Wish you guys good look with this vn definently gonna keep my eye on this one.

I'm convinced my echo brain rot is terminal. This game has a fucking vice grip on me and it's been a bit over a year now holy hell

not really, people just over complicate the timeline shit and that isn't entirely the fanbase's fault since this game encourages using context clues and deep analysis to understand certain aspects better (especially the characters).

The way timelines work in this game is the same as any other vn with multiple routes but no cannon one. There's no cannon route in echo, they work together to tell a single story and arches decided to tell a story that takes place in neither of them. The devs confirmed that the events of echo did happen before arches with the crew and all, but not in the way it did in any of the routes.

arches doesn't take place after any of the echo routes

Also TJ and Flynn have one ending

It's never explicitly stated in the game but people pretty much agree it was TJ.
Why? That's up to you to figure out since TJ's characterization makes you read in between the lines in order to understand him better.

This was a nice 'n short game. You're really good with writing character dialogue and making them all around likable people, I hope you keep making more games with thicc ass characters whether horror or not.

I started playing it again and I found that turning on text to speech on scenes that I find boring really helps. I got to the point where jun is introduced to shoichi and the interactions between the main cast is probably my favorite part of the vn.

So how long is this vn? I played this 3 or 2 years ago (before the UI change) and remeber really liking it. But I also remeber it being long as fuck even from those older builds with a shit ton of days where the plot doesn't progress and you talk to a bunch of minor side characters.

I want to get back into this vn but with all that in mind I'm just kind of intimitated. Because If most of the plot progression takes place in the prologue then I have no clue if I should bother getting back into this since my taste have changed a bit.

I still don't know what compelled a bunch of furries to drop peak fiction on us like we deserved it somehow.

I played this a couple months ago and this visual novel got me back into furry vns after a long burn out i had of them. It's just the perfect balance laid back fun and some good drama to keep me intrigued along with some memorable characters. Just a blast to play all around and I find myself thinking about it everynow and then. I don't know what the current status is on the hiatus for ya'll but I hope shit has been looking up recently and even then you guyscouldn'tpick a better place to leave it off on. great vn rated it 5 stars and good luck

THIS IS EXACTLY WHAT I WANTED LETS GO THE PATREON SHORT STORIES ARE HERE!!!!

I highly recomend you either replay the game or look back on scenes that confuse you or both because that shit helped me a lot and i recommend you try to come up with your own conclusions as well.

1. the thing with TJ is MOSTLY ambiguous wether or not he remeber what happened or not since the game is well know for letting the reader put the peices together themselves, I think he doesn't remember what happened to sydney but he knows the version of it he told wasnt true.  In flynn and (especially)Leo's route after he almost drowns and chase saves him (which he doesn't in flynns route) he begins remembering what happened and starts looking at chase weird. In flynns route his reason why he didn't tell what he actually remembers was because he saw the socketman ( thats what the fanbase calls the monster) and he did tell people what happened but no one beleived him because of him seeing this monster so he never bothers. In TJ's route I think an incident that happens to TJ off screen that not only causes him to make the scavenger hunt but also seems to make him remember what happen (most likely a possesion of some sort).

2. so the whole flynn thing is still tough the explain, the gist of it is that flynns going through what could be interpreted as time travel or a eternal vision/limbo like state that isn't actually real or a combanation of both where he's seeing all of these fucked up things that happened in the town and the significance of this is his desire to know what happened gets taken advantage of and he get into this situation where he's now able to see everything about the horrors of echo and esentially becomes appart of the hystaria in the town but is denied seeing what actually happened to sydney, the whole reason why he went this far in the first place. I say it's tough to explain because both possibilitys of flynn being or not being socketman have contradictions and it's intentionly not supose to be fully understood since even flynn himself has no clue what's going on but just goes with the ride hoping to get to the truth.

3. socket mans motive is never understood or mentioned if it has one. I think that socket man is a amalgamation of all or most the people who have ties with echo and died in the town (flynn becoming one of them at the end of his route) and some times random people control it. What seems to be the biggest idea with the fans is that every time the gang gets there asses saved by socketman is that it's flynn from the end his route.

this happened as well 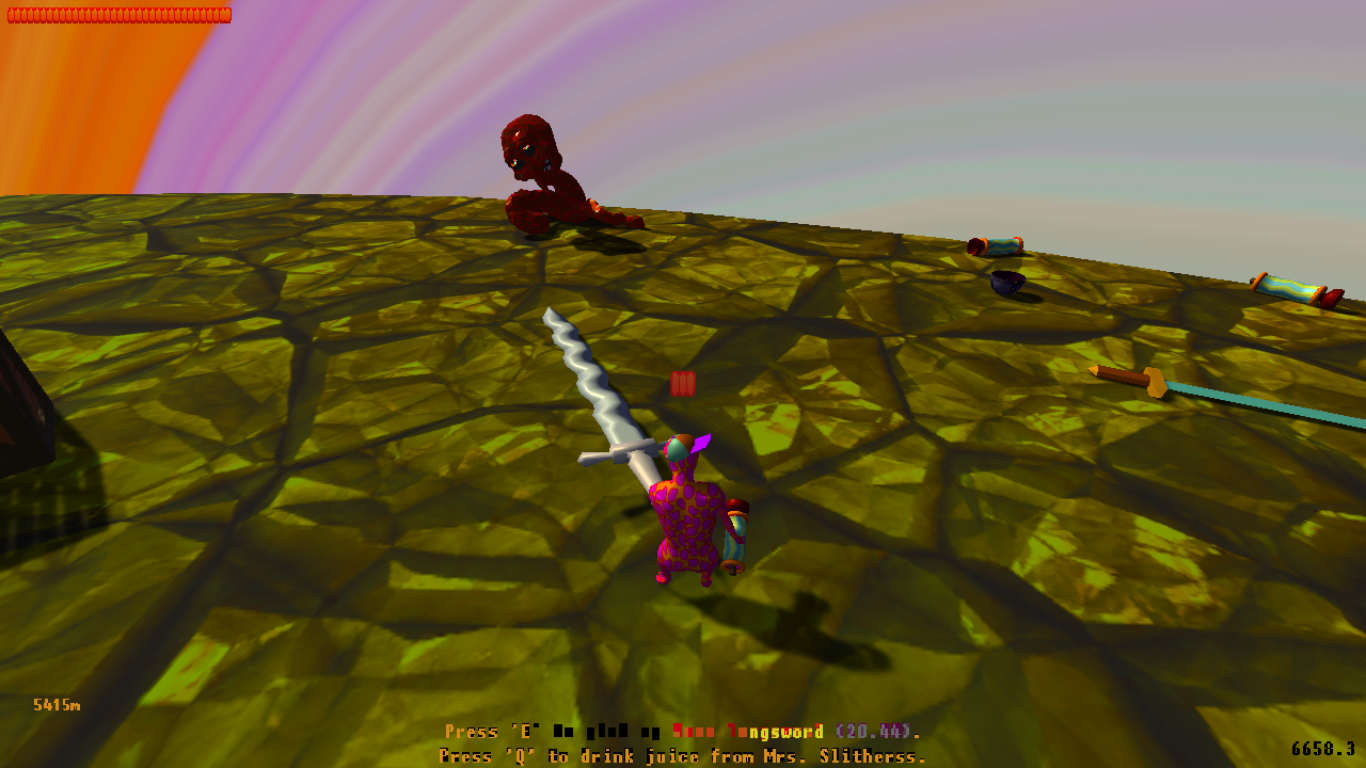 when i accepted the ms. slithers quest this happened along with a couple weird things as well when i hit enemies or fly around don't know if this is exclusive to that quest but the others seemed fine 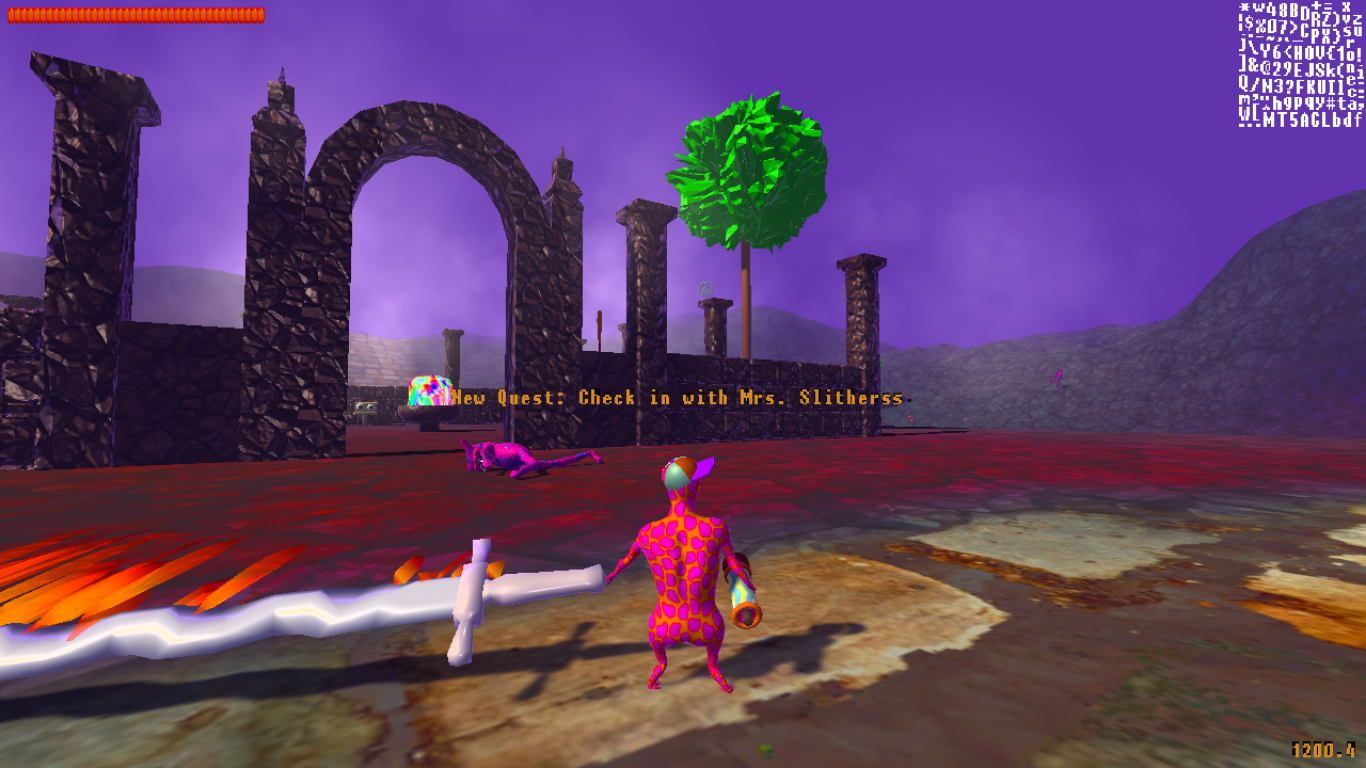 So my take away from Flynns ending other than it being extremely sad is that Flynn doesn't become socket face that appears in other routes. It's more of a vague time traveling in the sense that he's experiencing events that the socket face was there for whether it's some state of limbo or Flynn is actually there is kept ambiguous and could most likely be both in some scenarios. What leads me to believe this is that you are given the choice to kill Salem, brain, or Keith. The thing is brain is still alive in echo so is Salem until the very end and dies in a different but similar way so it doesn't make sense for there to be an option for you to  have a choice here. Along with how weirdly dream like that scenario was with the tv and salem acting funny but what we do know is that this has happened in before in some way, keith did die other wise Flynn wouldn't have any reason to be seeing this it has to be some kind of created dreamlike scenario that has some truth to it. I also notice how Flynns transformation was inconsistent, Tj describes the monster as "3 holes, 2 for the eyes, 1 for the mouth" (flynn also has control in this scene) but flynn's eyes pop when he tries to see what happend to Sydney which was after tj saw socket face and he's blinded but later is able to see a younger jenna. Speaking of TJ flynns route is only one where he mentions he saw socket face and recognizes it in the car scene "its real!?" but in Leos route he doesn't even recognize it "what was that!? what was that!?". The ending is really confusing and ambiguous for a reason so it's fine to come up with your own conclusions.

it's in jenna's bad ending

in flynns route trust daxton to talk to duke

I don't like Carl's good ending all that much, but it made me love Leo's good ending. It would of been so anticlimactic if Leo's route ended off so easily with out even reincorporating the themes of his route. Leo's route is about not only chase escaping echo but also letting go of everything the anchor bracelet resembles and Leo still having it on shows that he still has rose tinted glasses about the place and is someone keeping him stuck to this town. Having a "normal ending" would also ruin purpose of the bad ending, regulating it to shock horror and having no real purpose.

(goes to itchio to see this) amazing

I've never been this excited for a game on this site like this for a while, keep up the good work.

I just wanted to say thanks for the dedication on working on this game you seem to really be passionate about it, so have yourself a good one

does anyone know how to delete saves in this game?

i know at least not all the music in this are original so you can't release a soundtrack, but i enjoy the songs so is there a way you can list the songs you used some how?

When i saw "The End" my reaction was "NO NOT YET, PLEASE"

this is the cure of cancer