SUNRISE
A game where you track the sunrises so you know the world hasn't ended.
Dream or Decay
CALAMITY: Ash's Route
The journey of Ash of the Nullity.
Dream or Decay

Love this idea! Gonna try it out with my friends and see what happens.

A way to write a caption for each scene, or to add text as part of the scene, would be what moves this tool up from "good" to "great" for me. I've fiddled with it before & enjoy it, but not being able to add any text within the tool is a barrier to making the games I want to make.

As a tamagotchi fan whose tamagotchis are currently without batteries, I love this a lot! I misread the instructions, and after doing the lifespan check, I have been taking numerous turns per day. I prefer it this way and will not be playing it correctly. My current C-Pet is named Rockin', is 6 days old, and has 6 traits: Slime Body, Water Affinity, Claws, Compound Eyes, Earth Affinity, and Feathers. I have taped my info card to the laminated (packing tape) C-Pet card for your viewing pleasure. 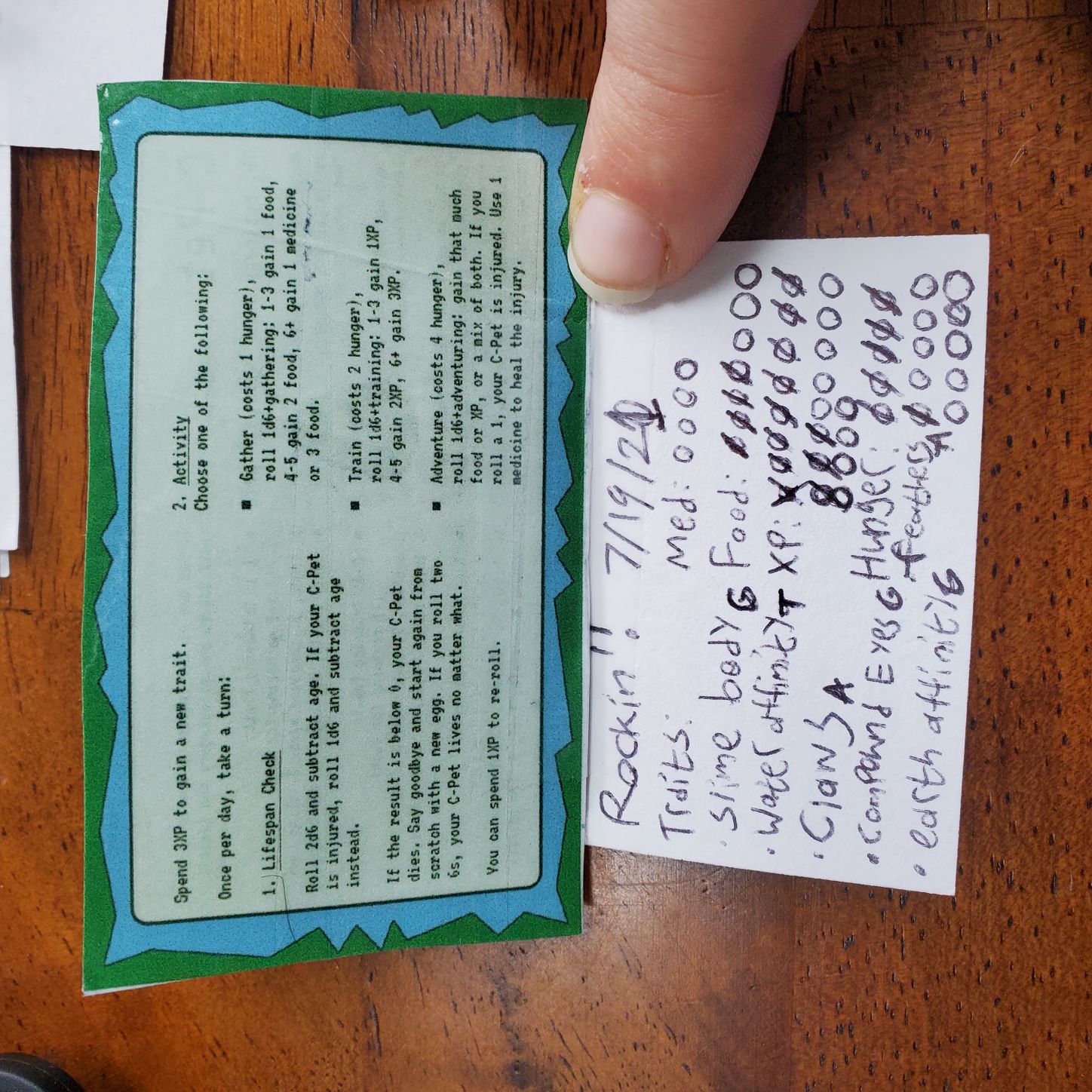 I absolutely adore this! I've never seen the galactian system included in anything before, so this is really neat. Thank you for making it!

short and sweet! I only got one of the endings, but I look forward to playing more. definitely worth paying for!

Reply
CCG Jam community · Posted in What are your plans?
Dream or Decay2 years ago

I finally sat down and started work on my game after coming up with the concept at the beginning of the jam and then doing Nothing.

The concept is a CCG where your to-do list is the deck and each task is a card. I'm still working out the mechanics, but you would write down your task on an index card, write the estimated time it takes to complete it, and then the actual time; cards with an estimated time close to the actual time have a higher attack, and cards that take longer have a higher defense.

This is my *sixth* to-do list game concept, but the first that involves playing against others, so it's a new and interesting challenge.

oh I love this a lot! this is the kind of game I've always wanted to play. I think I have a grasp of the story here, but if you ever do a continuation or expansion, I'd love to see it.