Hi ray, every time I compile my raylib project it just logs too much stuff to my terminal, is there a way I could disable that?

oh that's cool thanks for the feedback

Cool game, but the level 5 is too hard for me to beat... Who knows, maybe I'm just bad at shooters

That's nice :D did you have any problems?

I'm done with the game. If anybody wants to play it, here is the link:

Ok, I'm already coding, and it's looking very cool for me at least: 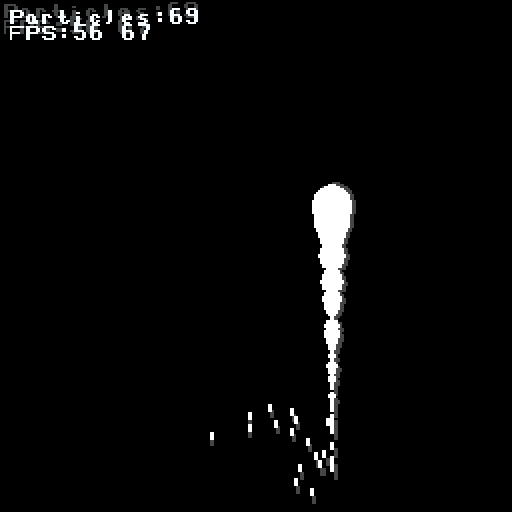 Well, I just made the player controller, added the particle count, made an FPS counter and added a particle and a shadow effect.

For me, It's looking kinda dope not gonna lie...

Reply
Extra Credits Game Jam #6 community · Posted in Can i use Roblox for this?
DimiDev1 year ago

No, this is not a roblox jam for robux, it's a real game jam with real programmed games, so uhh no, but if you know how to use lua (roblox's programming language) I recommend LOVE 2D it's a really good game engine.

As I was browsing itch for new game jams to join, I found The Dream Arcade Archive jam, and after watching a video in witch game developers made an NES game in 2019, in witch they were explaining some of the limitations of the NES, such as the color palette, the sprite size, ect. After some thinking, I realized that I would have a fun time working with them, also if you want, you can check out their video: