A game loosely inspired by Punimelt's Fruit Catch Famicase, being made in Godot and Blender. 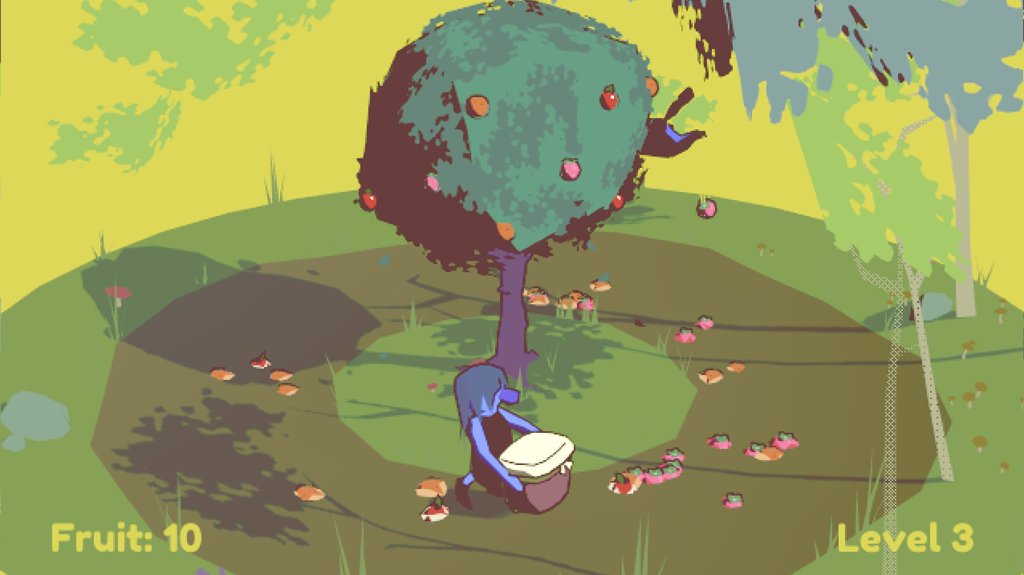 Most of my time has been focused on modeling and getting it to look cute. I picked the Fruit Catch cart because I fell in love with the fruit on it and I'm really happy with how they turned out in game!

The outline shader is based on this tutorial: Outline Shader in Godot - Tutorial (it's in German but I followed along while they were scripting)

The controls are a bit janky right now, probably closer to an early Mario Party game, but I'm hoping to figure out an alternative to "tank" style movement this week now that the art is mostly done.  Until yesterday the wolf was tossing fruit in only one direction so now that that's sorted I can fix everything else... :*) 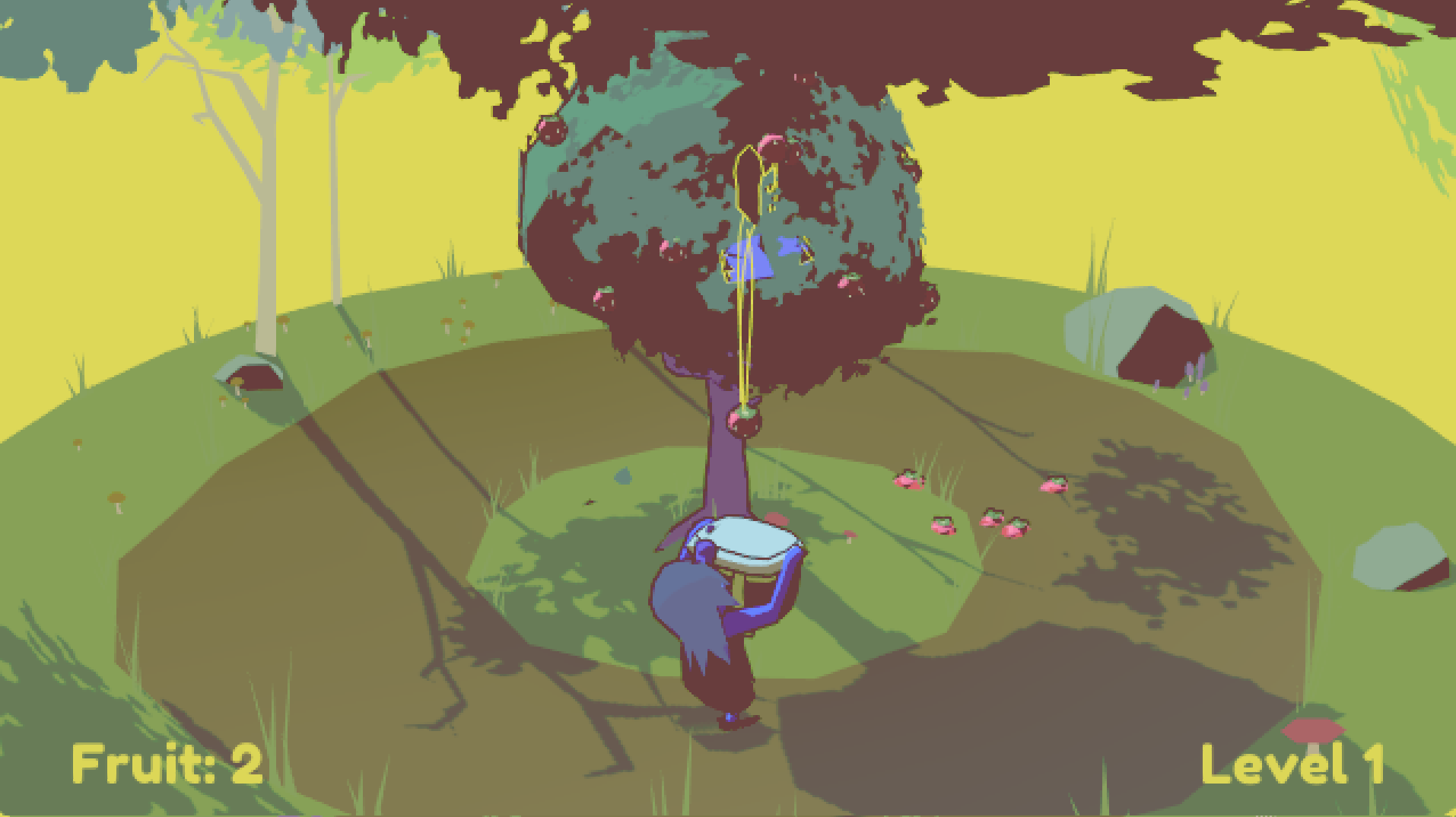