The only place I setup the sale was with itch. I dont have any control over the other sites. I’m not sure where they’ve gotten this info sadly. If it’s from itch, then something went wrong since, obviously, it’s no longer on sale.

It was free a few days ago during the sale. The sale has ended but I dont think other sites that skim itch data have updated. I dont have control over what 3rd party sites display unfortunately.

It was on sale as free for a few days. I think the other sites that claim it’s free will update eventually.

Crazy. I didn’t even know this existed haha. The free event ended yesterday, I’ll report as over.

You’re welcome! Hope you enjoy it!

Awesome! thank you so much!

Awesome! Hope you enjoy it!

I don’t provide steam keys with Kohate. Steam gave me an odd time with key requests for this game (rejecting my initial key requests) which left me with only a handful for promo at launch. Sorry for the inconvenience!

Thank you! I hope you enjoy it!

Thank you! I’ve got a few projects going along side Mortuary Assistant that should be pretty fun!

All of my projects are horror. The Mortuary Assistant is a free prototype of the game I am currently working on. My other projects are on sale also!

I’m currently working on the full version of The Mortuary Assistant but its prototype is available to play now! 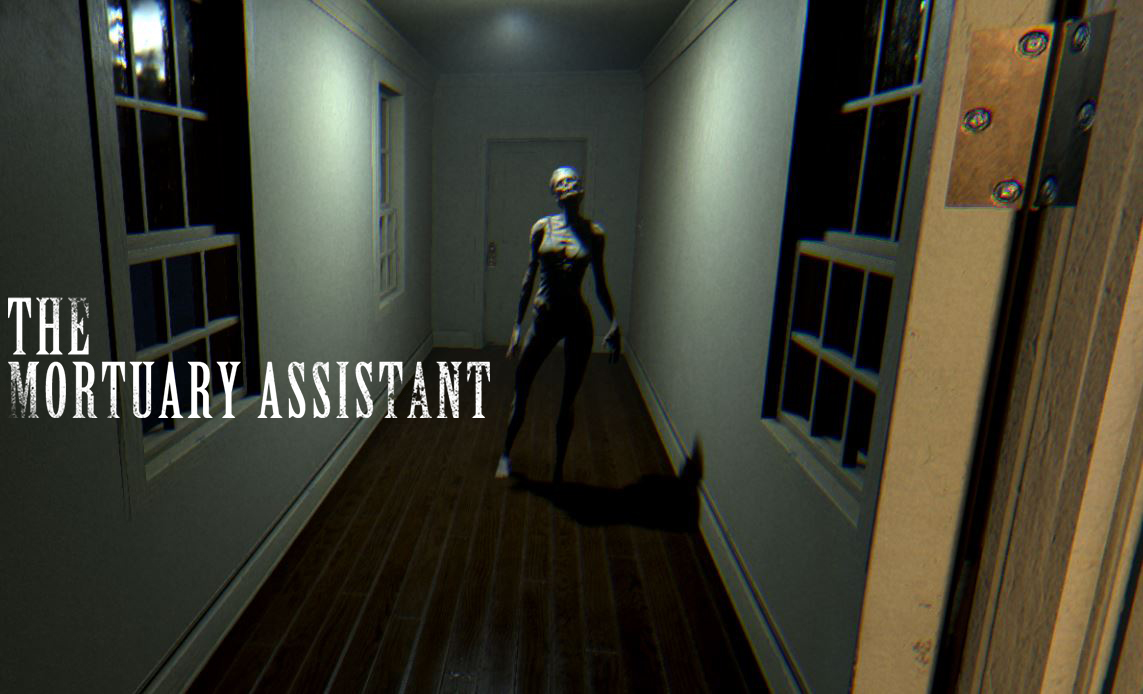 Hey, I’m Brian! I started working in AAA back in 2005 on Warhammer Online: Age of Reckoning.

After about 13 years, I left to joined another developer to create Welcome to the Game II. Once that project was complete, I decided to become a solo indie developer and be around my family more.

I’m still working to find my voice within the indie space but I’m enjoying the low paying yet highly rewarding experience! 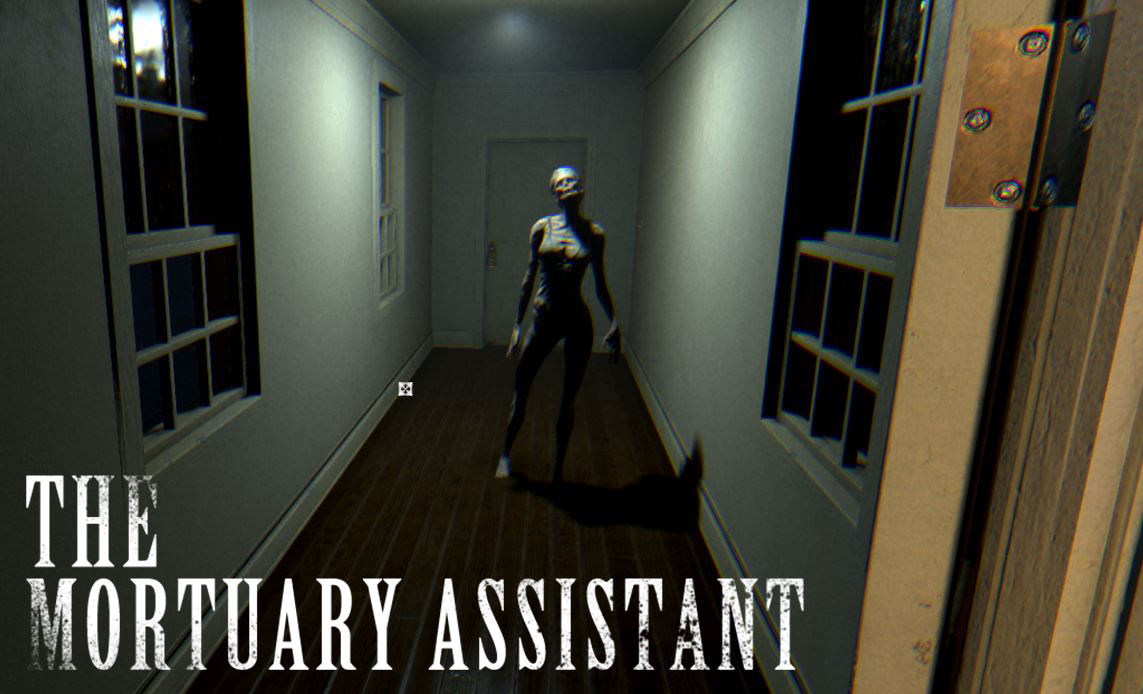 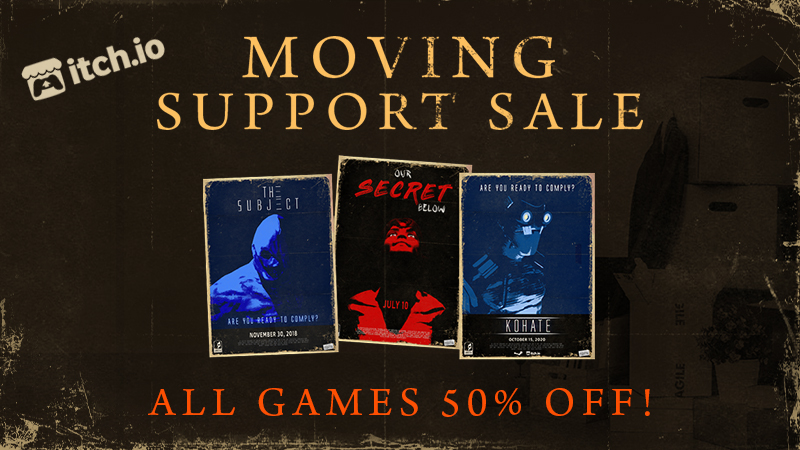 Hey! I’m a solo dev and I focus on horror games. I’ve created a bundle with my 3 full titles and a game jam project. I’m hoping that I can sell some bundles to help with me and my family’s move out of state while giving people something in return. At the very least, I hope you can check things out and maybe let someone you know who likes horror give them a shot. Thank you!

Here’s a link to the sale page and trailers for each project.

The games on sale are:

It also includes a game jam game I made called INNER

I agree heavily on jump scares. I feel they aren’t actually horror. Horror is about atmosphere and build to tense moments. Jump scares are a tool in the tool box that can be the climax of a build if done well. But I personally hate when they are just shoved at you.

Thank you! Working on it right now :D

Thanks! Every update I make goes to all platforms, so anything new for Kohate will be here!

I thought itch kept track of downloads like that.

Hey! I’m a solo developer that makes horror games. I just finished my last major project and wanted to take some time to create something fun for Halloween. I decided to expand on a previous game of mine called The Subject with an aim to build upon the universe a bit and give a fun new experience.

Kohate is a sci-fi horror where you have been sold at auction to a testing facility in deep space. You must take part in the experiment or be euthanized. I also have an update with a fourth ending planned for the 22nd! I hope you can give it a look!

Looks like the original build somehow got included in the new file structure. Will remove that.

Interesting. Where are you seeing that?

I’m actually kind of surprised at this point at the lack of response. There’s no doubt they are busy over at Itch but I’ve tried every single method I know of to try and get in touch with someone about this just to know how it works.

I’d hope it’s not a huge task to provide some transparency to the system. This lack of update approval makes it very un-enticing to have any kind of long standing page with itch. Without approvals of major updates or launches; your best bet is to just make a new page for your game to let the automated system add it to the new section. That kills any long term loyalty to your page, brand, and ultimately itch.

I hope it goes better for you and we can figure this out. I’ve emailed the staff multiple times, reached out on twitter, posted here, posted in Discord, and posted a suggestion thread. I don’t know how many people work their support staff but this visibility and itch’s ability to reply to their developers is important for itch to grow.

I’d just like transparency on turn around for review, if a review accepted or rejected a post, and indexing time estimate.

I havent personally experienced a major update of mine accomplishing anything sadly. It seems like they take a long time and not many get approved. I have a suggestion thread I made too in the feedback part of the forum. Doesn’t seem like itch staff reply to much though honestly.

I have a had a few projects now where I have made a “major update or launch” post for a launch or update and then I don’t (nor anyone in my community) see my game appear in any of the new categories at all.

I have checked back over days and even weeks to see if my projects appears and I never saw them. I understand that they could have been approved, I could have been in those slots, then missed them as they fell back below the bar but this is also part of the problem. There is no confirmation.

Currently, there is no way for me to know if my major update or launch post was accepted or rejected for a boost. The concept of “pending curator approval” is very nebulous nor is there an estimate on time for approval. This style of post is very important for devs as it gives us a chance for increased visibility, so it’s important to know if it was accepted.

The reason I’d like to see more transparency on this is that I would love to have a project where I share dev updates here on itch over the course of development. But, at this point in time, I’ve only felt that it is damaging to a project. If I spent a year making my game, making dev updates, and then I launch only to have my major update or launch post not make a difference; my brand new project gets no added momentum.

I have no idea how long the process takes, where I can actually expect to see my project appear, if the post was approved. So here is what I feel could be added.

-In the description of the major update or launch option, provide a time estimate for approval. ex: “usually takes 5 to 7 days”

-provide an alert for the developer account if/when the post is approved for a boost. ex: “your major update was approved for a boost” (The added benefit to this is if the process of trying to boost your visibility with updates gets abused, an alert explaining that it was rejected and re-iterating the rules could help prevent future abuse.)

Sorry this was lengthy. I feel these are (hopefully) small improvements that could give devs helpful info. If I can time out my posts to a launch, syncing with events on other platforms, etc. That’d be very helpful to know.

The issue is a game launch and trying to synchronize exposure across platforms and your various channels. If you have a date that you tell folks you’re launching your game, then you make a major update when the game is available to time with your launch and they take “some amount of time”. Your launch in terms of exposure is staggered.

That may not sound like much on a single itch game level but if you tell everyone everywhere your game is launching and someone heads to itch from word of mouth and has to dig for it on launch day, thats not ideal.

The issue is the nebulous time frame and no feedback on if your post is actually accepted after the curator process.

If they said “this takes 5 to 7 days” you can plan for that. If you get an email saying its rejected, you can plan for that too. But I’ve had 2 projects now where I’ve made major update posts and have never seen them in any new category at any point days or weeks later.

Transparency is the issue if no one has any answers as seems to be the case. Just perceptions of how it might work. I guess I can make suggestions on the itch discord for some level of information on this.

Its hard to buy in to being involved on the community side of dev blogs here if I’m potentially keeping my game from exposure by doing it instead of just making a page at launch.

I have multiple projects on here. A few have had pages that have existed for a while and I have had the same issue of them not being indexed into new categories after a major post. As I stated in my original post, its been about 6 days. I understand this is the weekend now but this isnt the first time.

The major update section states that it must be reviewed by itch. This implies some kind of human process.

I havent gotten any official reply on how this actually works. This is obviously an issue as it sucks to see my new game just lost under everything else after taking the time to have a long-standing page and post dev updates, etc.

I wouldn’t mind if this was the first time or if the process was a bit more transparent.

This is a rather big deal for me and my project to be able to sell on Itch again as it’s basically a launch here. So I followed the rules about making a post and flagging it as a major update or release. But it’s been about 6 days now and I don’t see my game in any of the “new” sections or anything like that. I also haven’t received any kind of feedback on if my post wasn’t approved as a major update or launch.

I would really like to have game pages that exists during development and have dev updates and all that, but if I am not even certain that my game will be shown in the new sections when I launch, what’s the point? At this point, I feel it’s better to not have a game page until the day I launch to ensure it is in the new sections.

Am I misunderstanding how this system works or is this an issues others have encountered?

Thank you so much! Im excited for launch :D