Love the looks of it! Suggestion: configurable controls or at least arrow keys support :)

This was very sweet and beautiful, the artwork and the music are absolutely fantastic. *This* is what storytelling is all about -- I was literally going "noooo :(" to myself as their relationship ended... and of course, the notes at the end.... aaaaa. Very sweet and very beautiful.

This is honestly my favourite game on itch. It's just so delightful it makes me want to smile all the time, and it's sweet and easy to play as well -- no hassle, just joy. <3

... and I kinda want Ural Death Machine to be a thing, no censorship required pls

Solved it -- just downloaded it straight from the site, added to my usual Applications folder and opened the app directly rather than using the itch.io app :) Now it not only works, it also brought back the saves from my previous playthrough from part one too ^_^ But I guess it's a heads up in case other people have the same issue, hehe.

Usually no! But it's been awhile so... how strange, wonder why it won't find it? *rubs chin*

I've actually played this very game before --before the full release, I mean. Odd. I'll check things out on my corner ^_^ 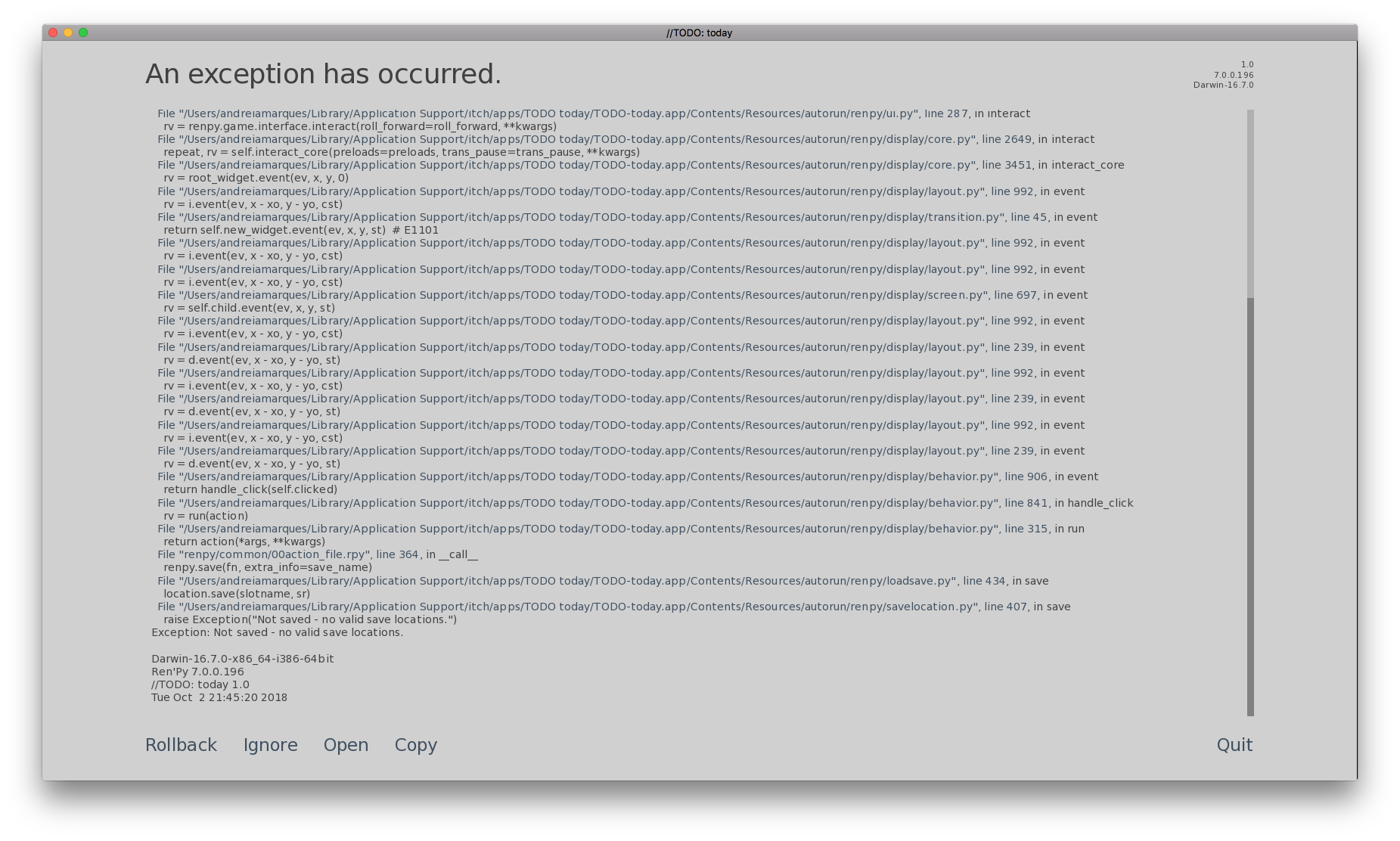 Yasssss part 2 lives!!! Yay!! Except I got a bug (MacOS version) when I tried to save but YESSSS

I absolutely adored this. It's perfect, and the voice had the right amount of emotion -- made me want to cry, really. Well done!

It's alright, I'll find a way (or just learn to work with WASD ^_^)! Many thanks for the reply!

Is there any way to change the controls? I know the controller is best, but I don't have any, and I'd really like to use the arrow keys instead of WASD, as I'm left-handed... it's such a beautiful game, though!