I've already destroyed all five statues but, I can't seem to find Nue when I get back to the hall to mingle for completion. Also, looking forward to Madrana. Seems like an interesting place so far despite not having any events yet.

Also, I can't have a second meal with Rawn since it always says I've already fed Rawn the next day even though I haven't fed him yet, and I can't progress to getting his quest.

Yep, I did spent the night at the inn for the final part of the Diplomacy quest and found it complete in the Larklast markers.

Hi, sorry for the intrusion. From the quest it said that I have to destroy 4 statues when I remembered that Nue said that there were 5, 2 inside, 3 outside. I already took out 4, were there really supposed to be 5 statues?

Also, I could still find Alonra at the inn even though the Diplomacy quest is completed. She can't be accessed from the devout list unlike Grogan.

Another similar situation with Sthae. 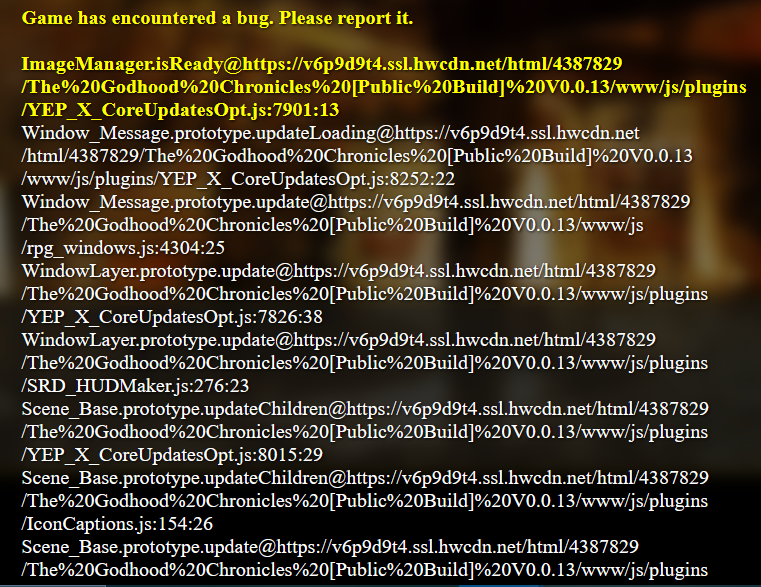 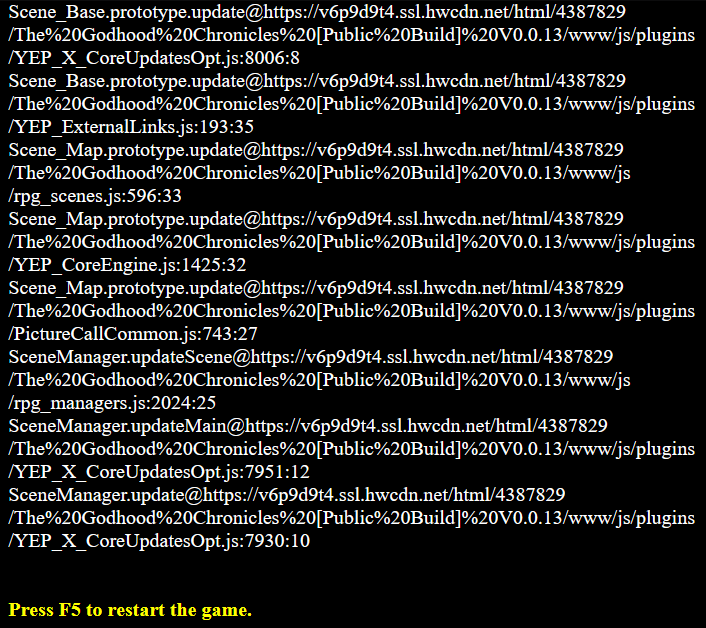 Hi! I tried to flirt with Kilika but before the bed scene, the bug appeared: 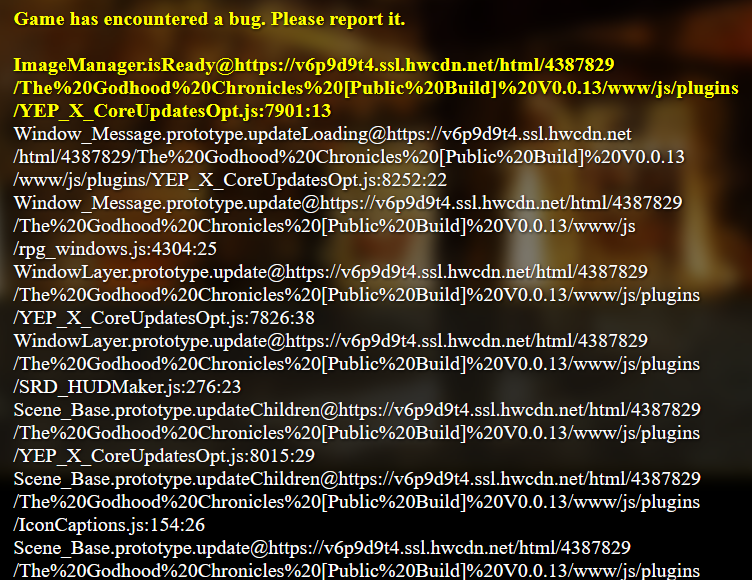 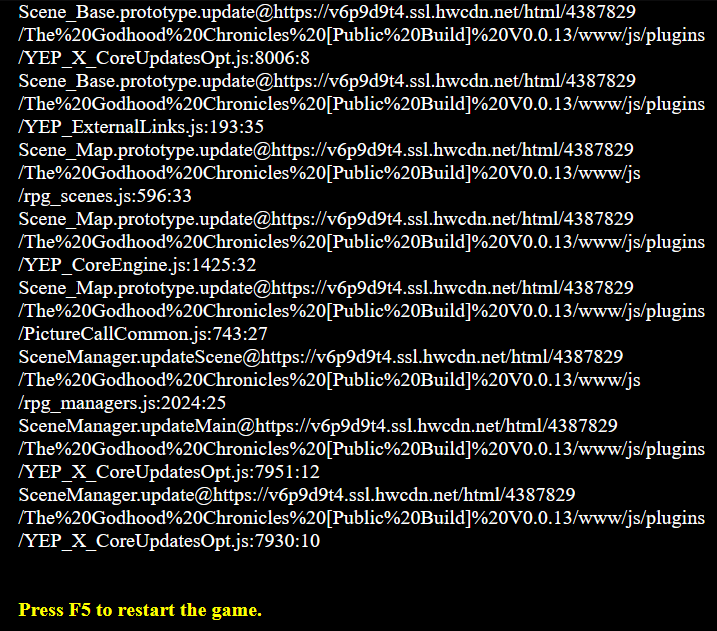 Hello! Was trying out the new version on browser. Unfortunately, the Teleri bug is back again. I personally don't mind since the gift thing hasn't been implemented yet, right? Just here to report the bug. 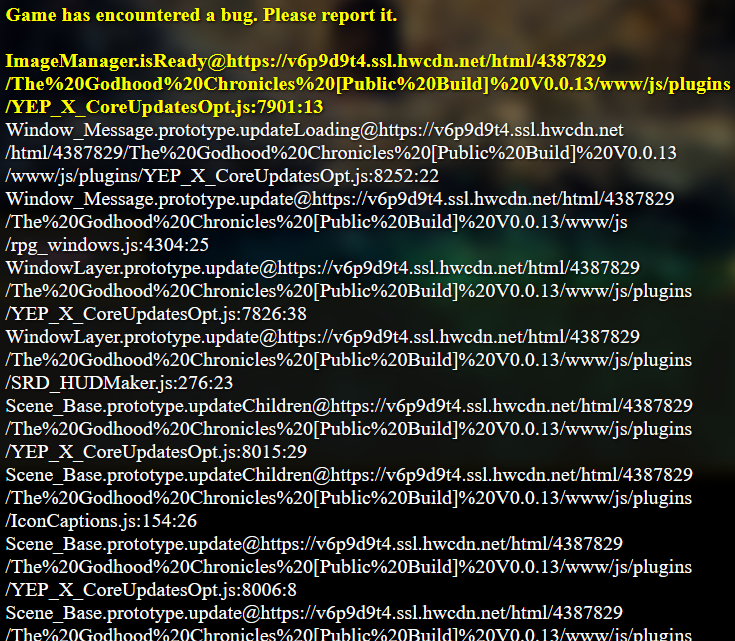 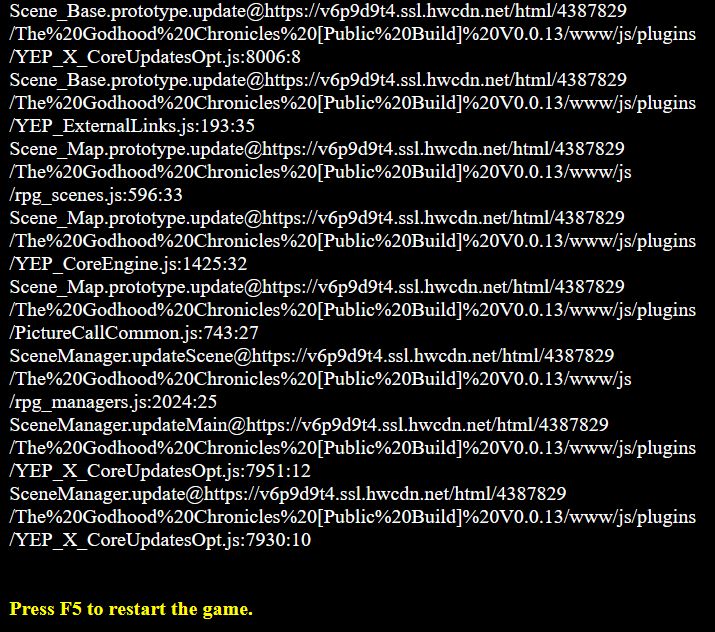 Oh~, so that's what it meant. I thought it was RedKeep, my bad.

Hello! I downloaded the latest version but, for some reason, I couldn't find the storage upgrade in Central via the country overview map during the  Orchel Trading Route Quest, even after I've finished everything on the list except for the last two.

Yep. Unfortunately, the bug is still there. On another note, I can see Velani's gift is mentioned now.

I did have Teleri available in my devout list, black and red heart and all. It's still there...sorry~ 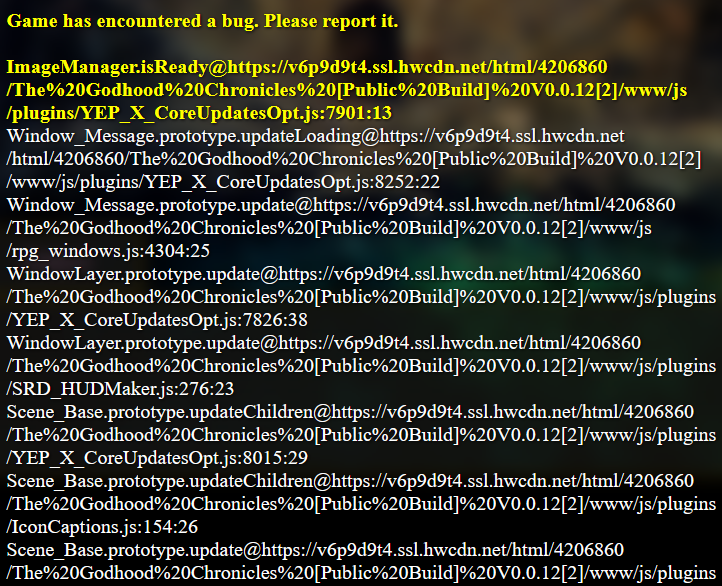 I did. The problem is just Teleri, so I could have a conversation with the other girls just fine. No dialogue with Velani's gift yet though. 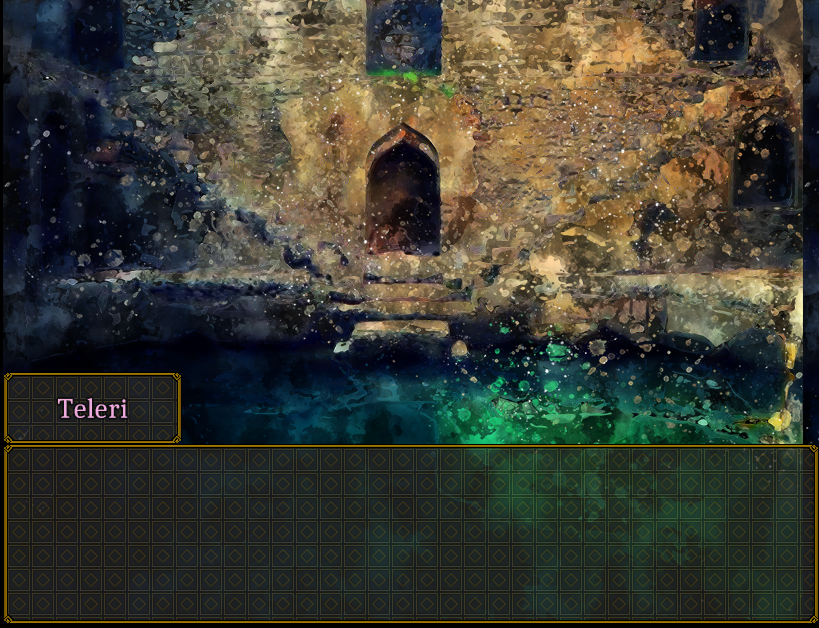 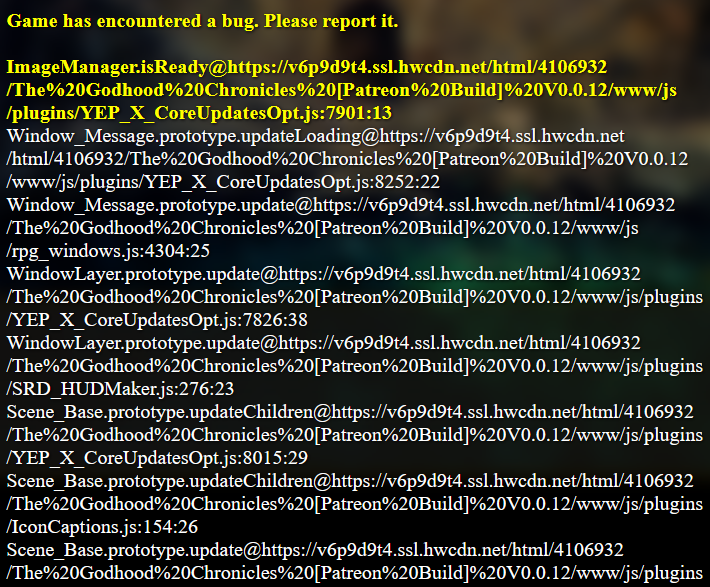 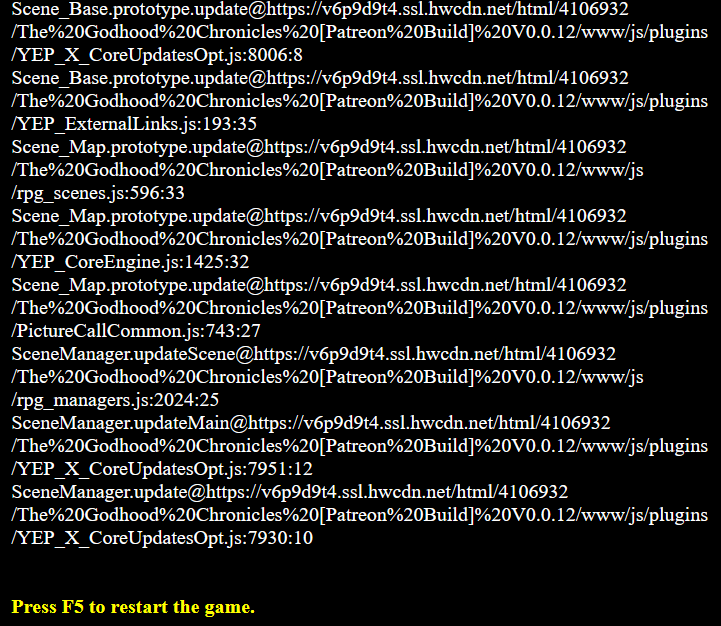 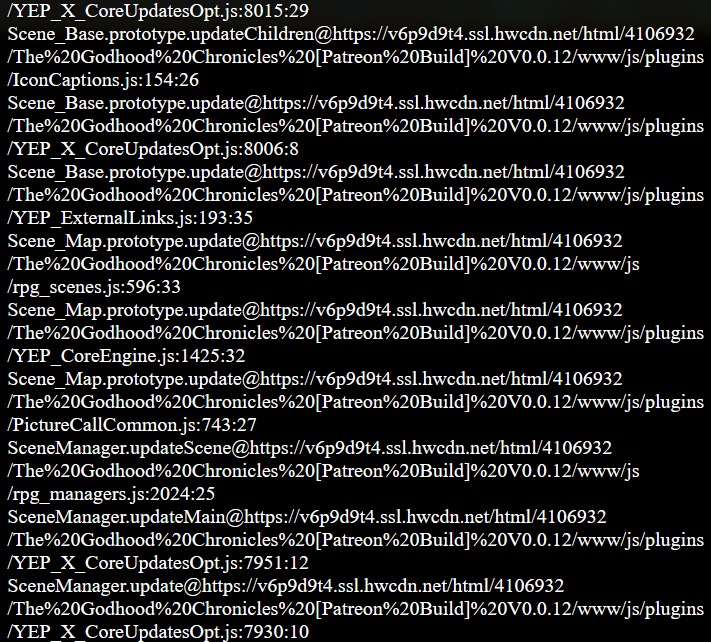 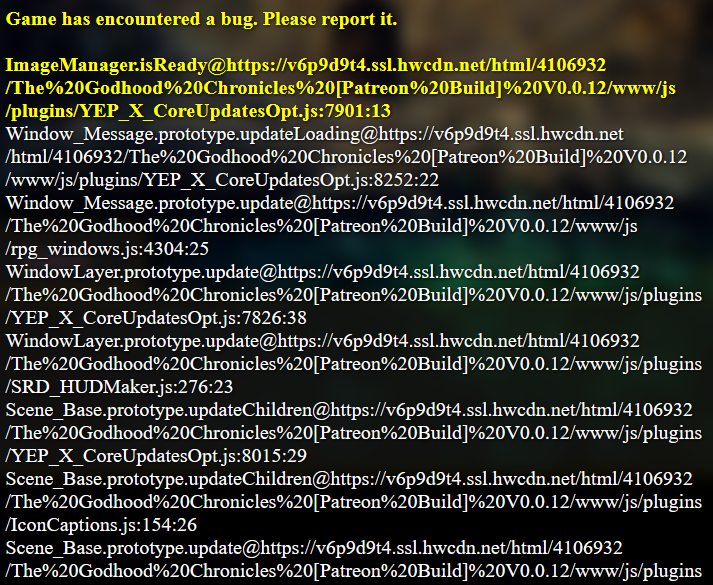 Whether it's Teleri or someone else, the female side of the bath gave me bug reports. Really love the option to have a*** s** with the men. I'm using the browser version and I chose futanari.

Since in the devout list, they are kept separate,

unlike the one with the bunny girl secretary and Averon when they're sort of merged at first before acquiring one of them as a devout,

and that you have to acquire only one of them to complete the quest with the result of having one devout acquired and the other is left unavailable,

is there still a chance or way to get both of them as devouts in future updates?

Or will they be merged, like the bunny secretary and Averon where they turn into the one devout that you acquired based on your choices?

I can't seem to enter Gwynnifer Selt's quest even if I had 3 meals and agreed to help her and tried to enter through the Great Hall.

Every time I try to start the quest, I went straight back to the shrine.

Can't seem to get to Gwynnifer Selt's quest. Everytime I went to the hall and pressed her name, it sends me back to the shrine.

Thanks. It's fixed now!! Thank you for the new update.

By the way, I'm playing the browser. 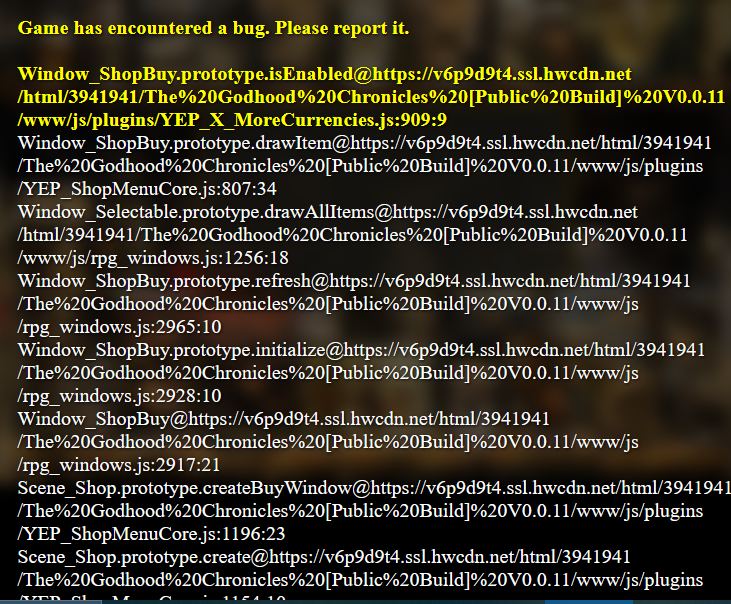 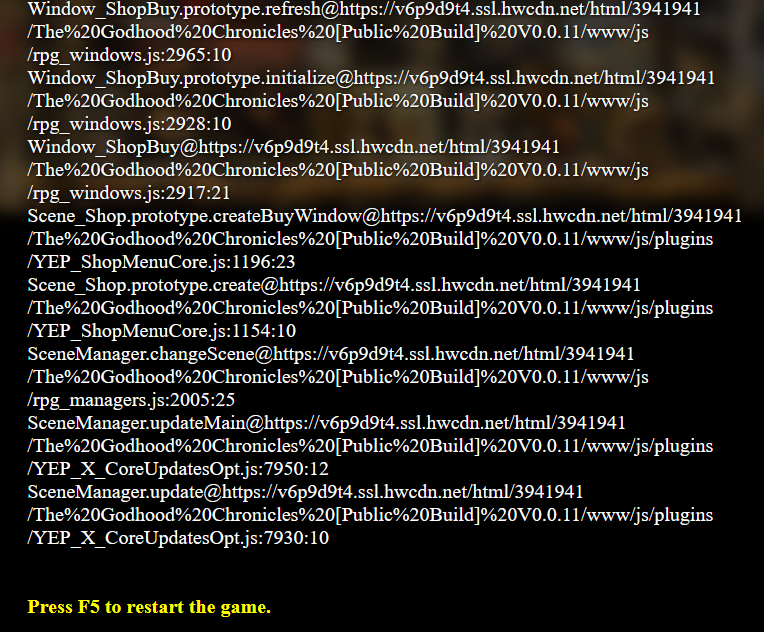 Went to shop for items and encuntered this.

I ran into a bug while I was going to the weapon section from Jereck's blacksmith shop. 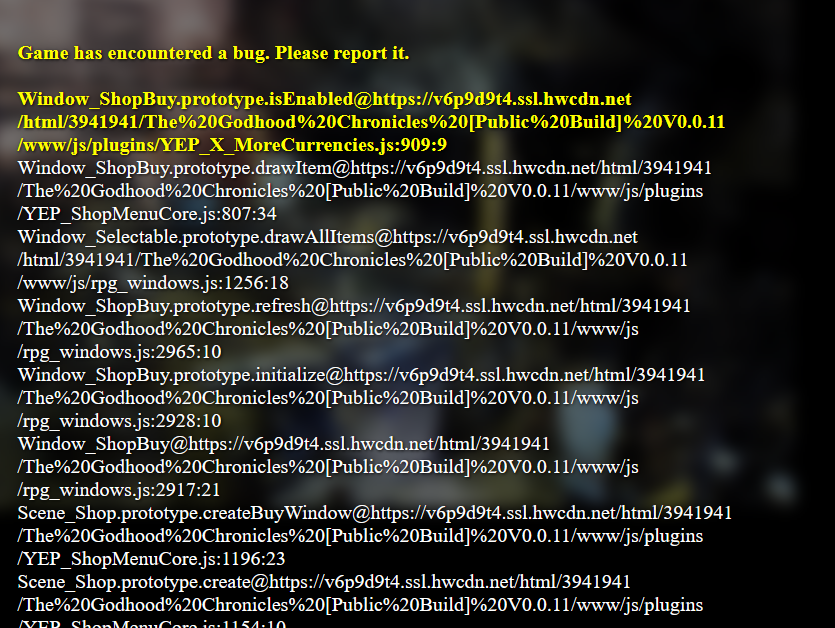 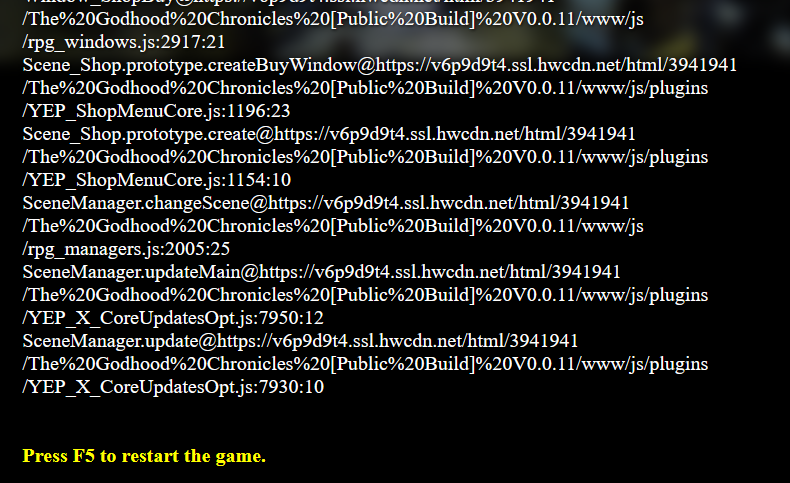 I'm waiting and waiting so that I could get Lamia through that option once I restart from the beginning, by the way, does the game update monthly?

Looking forward to it.

Not sure if this was a bug but it had been on my mind for a while.

Whenever I defeated Lamia for the quest in Thesillia, I always chose the option to not force on her, but her dialogue was "I felt it when you came inside of me" when she explained how she knew that my character was a godling, even when I had chose the option to spare her from having sex.

Was wondering if there wasn't a dialogue for that option yet since Teleri seemed to have that option to spare her to keep her dignity.

Yep. It works! Thanks for the fix.

I went and sold the fishing pole to the market and buy it again, but it still didn't work and keep on saying Stop Fising in the end without even showing the option of choosing the fishing pole.

Yes. Yes it is. Even though apparently it was supposed to be broken the last time I full-time used it.

I did not eat with Jereck that day. When I tried, this happened. Even after sleeping a day later, this showed up.

For some reason, I can't have a meal with Jereck. All it says that I've already fed him.

It's fixed now. Thanks.

I recruited Gwynnifer and I was not able to buy a fishing pole from her even though I don't have one. 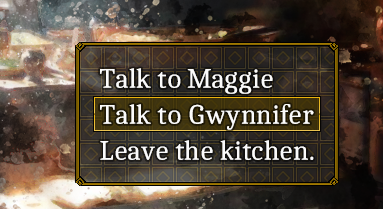 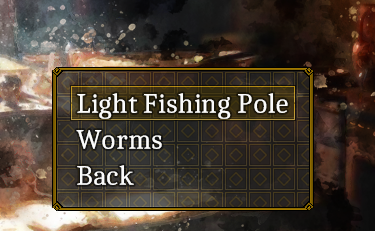 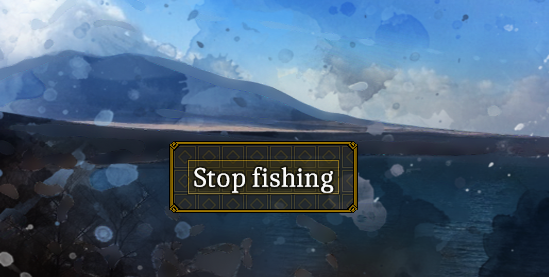 Love the new character Nue. Was wondering if the new ones have been added to the official devout list in the game since I can't see Nue's name on the Kitchen where I'll have a meal with devouts.

Nope. Still there. The girls are alright but the men kept on getting a blackened screen at the end of pillow talk. I'm not able to recruit them because of that.

Edit: I tried the girl in the Larklast barracks, and find the same blackened screen after sex and there wasn't a pillow talk.

It doesn't matter whether I choose the pillow talk scene or not, the screen still black out.

I was using a female character with a male genital added. After sex and right after the pillow talk, I haven't recruited them yet.