Yogscast Game Jam community · Created a new topic The Jaffa Factory: The game that never was
CraftedCart1 year ago (1 edit)

So me and pentadyne had the idea to build a Jaffa factory builder game, sorta-in the style of Factorio (terrible idea, don't try to make a factory builder in 48 hours). Anyways, then came the time to package our game, building a standalone executable and stuff, not tied to the Unreal editor.

Yup, while cooking content, we get a wall of errors about blueprints all failing to load NULL, or link with the bits and bobs we exposed in C++... Soo unfortunately, we won't be able to submit anything for this jam. :(

Anyways, here's a screenshot of what the game looks like inside of the Unreal editor.

And the (short) crafting chain... 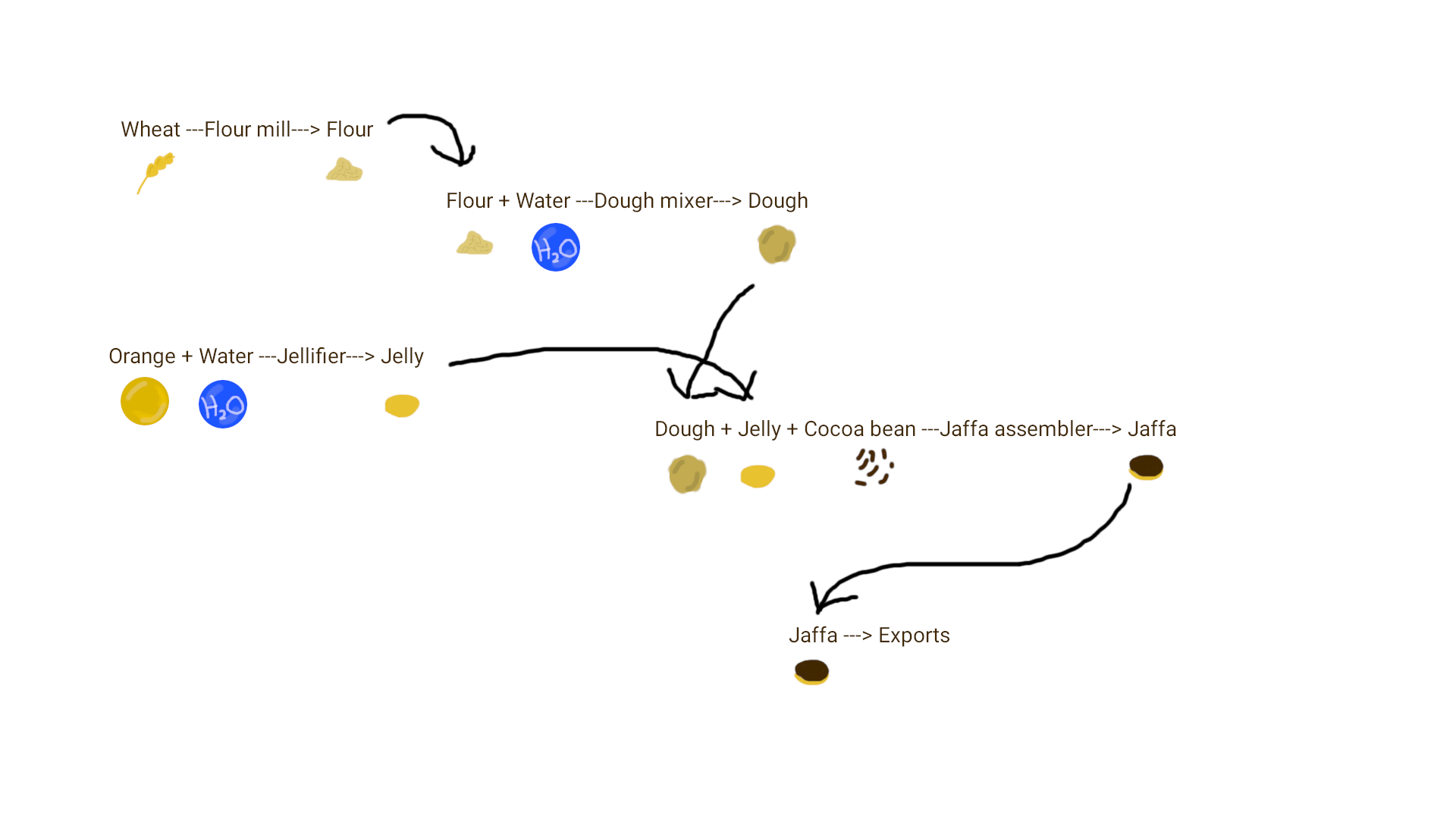 The original idea was you'd have to make a factory to make and ship-out a target amount of Jaffa cakes with the resources given to you every Christmas. Each Christmas, the number of Jaffa cakes you'd need to produce would increase, and you'd need to continuously grow your factory to cope with it. Research could be unlocked to produce better and faster machines. As you might be able to guess, this was waay too ambitious for 48 hours.