A very enjoyable platformer, a bit shorter than the first game though. More polished, too.

Can't say I liked the "gather an air sack -> shoot it" mechanic. It made the game's pacing a little less hectic, but to me, the no-delay feathers shooting from the first game were more fun.

The enemies are fun to defeat, but some are placed in some really hard-to-avoid places, and their game logic stops executing when they become off-screen, which is a bit jarring, but that's part of the retro style, I think.

Also, the... change at the end was a very nice surprise, but I didn't figure out how to attack that boss... Is this possible? Should I collect more hearts perhaps? The boss is knocking me out into credits screens if touched by the hero.

Still, the game is very enjoyable, and I'm glad I got to play it on my hacked Vita using YoYo Loader :)

Enjoyed your game much on the Vita (Windows version through YoYo Loader). 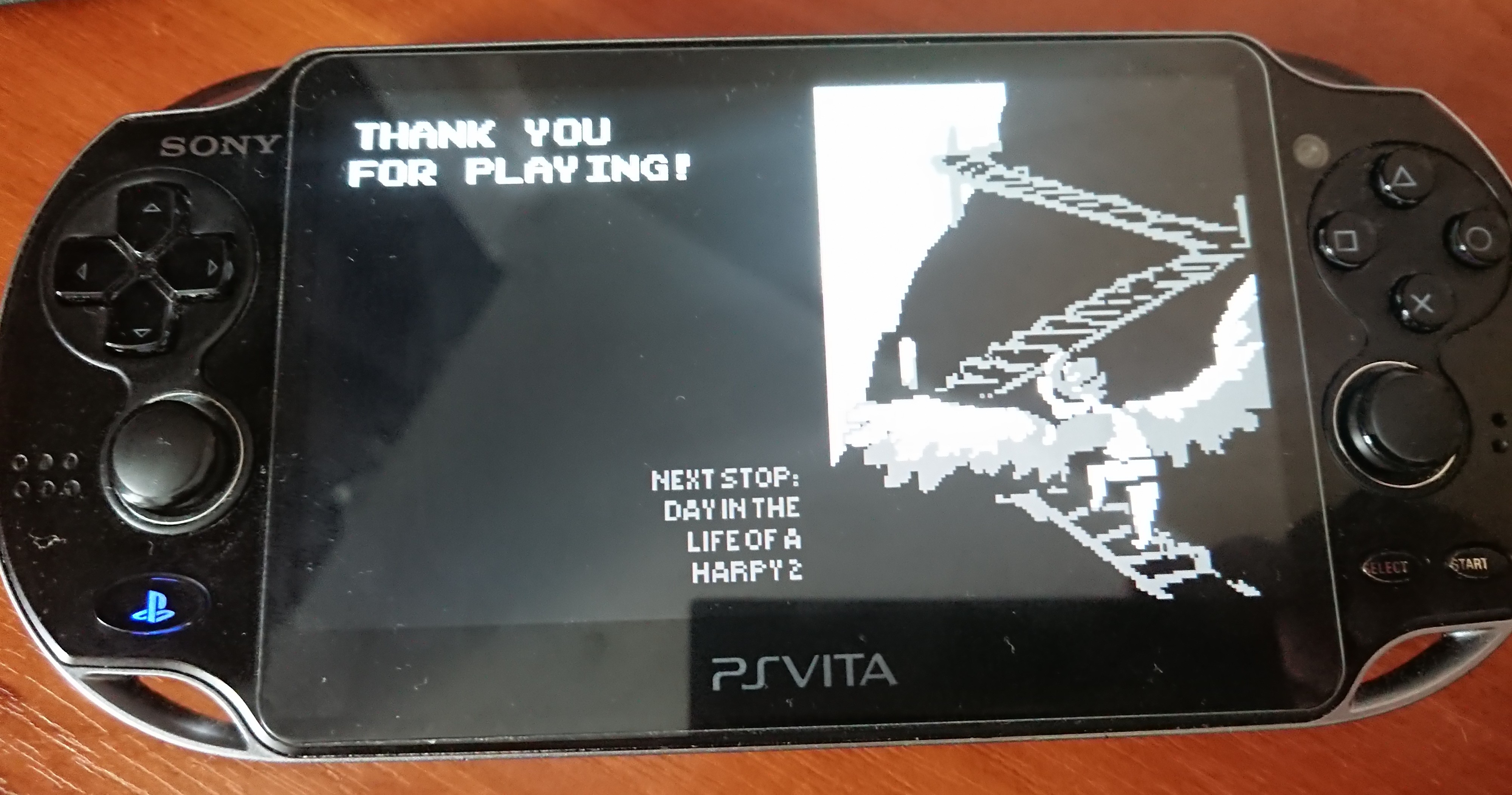 A bit rough around the edges, but a very solid and enjoyable platformer. Would be better without needing to restart the game to avoid new game after death, and an actual pause menu.