i cant figure out how to make a net. or wire, which everyone mentions. i feel like ive tried everything at this point 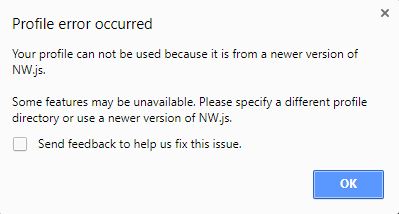 idk what this is but it pops up every time i open the game. i also dont know what it affects so...

i havent been able to complete the lakeview quest even though im pretty sure i did everything available atm. :(

fair enough. i would definitely be happy seeing this again in the future.

love your work! there arent many content out there that traverse such territory, and i am grateful for your contributions to it. can't wait for more!

will this game ever get updated in the future? i wish there was more to do

the first game ive seen on here that shows this kind of fetish/kink content. fantastic job, for how little of it there is as of right now.

yes! i am not the only one!

i don't know if it's just me, but the hit box for the arrows feels a bit tight for a rhythm game. especially considering i am a wimp who plays on easy mode all the time. i've played other rhythm games on pc before, and in comparison the hit box is way too small., as even when i felt that i'd hit it right on the letter, it misses.

someone either tell me i'm the only one with this problem or help request a fix. i want to enjoy things. please.

get the big knot from beelzebub, then you're done!

i was stuck on it too for a while but i just realized the top part of the stairs banister looks like a butt plug and yes. it is clickable.

I have no idea what causes it. I think when I bought clothing one of two things happened: either A.) I purchased and wore clothing items that replaced previously worn items, and the replaced items were sent back to the wardrobe and somehow set off the glitch, or B.) I purchased items that were immediately sent home, without wearing or replacing anything, and that somehow set something off.

I do not know if there is some other event I had done that helped this along, but all I do know is that at some point after buying the clothing and having it sent to the wardrobe, whatever item is inside duplicates itself at least once. I have had this happen to a black skirt, white panties, and a white t-shirt.

Sorry if this wasn't any help. Good luck on finding info!

For some reason, both the tanning points as well as the rent payments turned negative? So it's impossible to really get anywhere with the tanning since it's increasingly more negative every time I try.

The rent payment, however, seems that it provides kind of a cheat-y way of gaining money, as subtracting a negative amount of money from your funds would be giving you the amount instead. It also seems to get more negative over time? So when the rent was 100 at the beginning, waiting a while changes it to like -3200, and waiting more gets -12000, and so on.

Also, the wardrobe - although it thankfully never crashes after the updates - still seems to be duplicating clothing items? So I ordered a bra, and go home and 2-3 slots are taken up by bras. Buying another item will produce similar results - unless the slots are all taken up, in which it replaces the last slot with a singular version of the item.

And these aren't bugs, but they are things I've taken notice of:

- It does, in fact, seem that events are incredibly rare and the one I encountered at the beginning of my play-through with the angry man at the bus stop was the only one I'd encountered in the entire hour I'd played.

- Being naked seems to not affect anything, and I've walked around naked through a good chunk of the game because to me it seemed easier to deal with normal bodily filth instead of both that and clothing filth.

And that's it for this version's report (unless I find more things. I have nothing better to do right now)

I'm gonna test this for a bit. But first, will entering and leaving the same building also produce results? I'm thinking of spamming it to check lol

edit: OH! Also, I've noticed that when you enter the boutique and leave, you're transported to the street with the school? It doesn't happen with any of the other buildings on this street.

Error happened when choosing the cow tail and then choosing pink. Something along the lines of "cannot load".

Question. Where/When do each of the random events happen? I ran into the angry rich guy at the bus stop once at the very beginning and haven't run into a single event since. Am I doing something wrong?

but now my excitement is even more lol

Very fun and I spent way too much time on it when I was supposed to be doing work lol. Very nice that their speech is actually decipherable, so you can eventually learn which descriptor matches to which type, color, or texture of the item they lost (or "lost" lol). Good job!

i really wanna see the full versions of all the sprites for kein!!

very cute. very good intro of what is to come from future updates!

No prob! Don't rush or push yourself too much!

really really really love clicker games. would absolutely love if this one had graphics, but so far nothing seems to be bad, at least.

the interface is at least understandable, the premise is simple, and the goal - while kind of unclear given there's no real story or visual assistance - is a given: just make money!

it would be nice to be able to have like an inventory or history or something to see what things you actually got with your money at any point, but that might be a personal preference lol.

and is he supposed to say more than the first thing? cause if he is i havent gotten it

i can't figure out where to get the code for joe's briefcase :((((

oooh. yeah i usually do that but i guess i was impatient this update lol. thanks!

that happened to me! it was one of the many, many lines of red text that showed up while trying to install. it even happened with other games that previously had no issues with installing.

have no idea what it means still, but i used task manager to completely close itch.io and restart it, and it worked fine after that- for all the games that had the problem, too!

where do you encounter fawn in upper new ark? i can't find her anywhere and definitely did everything to start her route.

im on the updated version (21.1) and all the places opened up in the update are present, but i still don't see her. please help!

UPDATE: okay now i tried to re-install the whole thing (i did this whenever there were errors on the previous versions, and it worked fine) but now it's giving me a whole wall of red text errors whenever  i try to install the files. i have no idea what went differently.

UPDATE #2: restarted itch. and it downloaded fine. seriously i think either itch or my computer is the cause of most of my problems -_-

oooooh okay. i was just confused as to why the wasp took off all the clothing and did nothing on the top half, which made me think it might have had an animation that i wasn't getting for some reason. thanks for clearing that up!

...and thanks for giving me a part of this work to really look forward too lol

also what is the "multiple animations" for the wasp? i've only been able to get the behind one

the bottom half sexy action w/ the wasp creature seems a bit...jerky? like the timing for her going back and it going forward are off and it looks a bit awkward.

also. are we able to do the naughty with the big slime? or is it the only one you cant do it with

a couple bug reports to make:

those are the more pressing problems at this point in time. overall the game's systems have improved greatly and i look forward to future updates.

i keep doing that and i still havent managed to hit the guy yet. maybe im just controlling it badly lol. wouldnt be the first time

also how to beat first boss????

is there a way to hide the char portrait? it feels a bit in the way of things

is fawn not available currently in new ark? i have looked everywhere there for her, and there are some blocked off sections still there. is this update only to reach the area, and not complete the quest?

oh my god thank you so much! i was so very lost

i posted  a reply to a similar question on here down below! look there for help :)

after you talk to the reception lady at the torture rack about fawn, you have to go to the hint guy in the little homeless camp place, and give him something.

i gave him an apple, so i dont know if it was a special occasional happening but after that he'll tell you that the black market sells to those deemed "cool" by them, and he says you seem cool, so he gives a good word to them.

after that, you can go to the junk seller and he should have the four different types of counterfeits.

(i bought all four, and do not know how to use them. using any of them at the upper ark gate just gets you arrested lol)