Exciting. I am looking forward to playing this when I got home from work.

I have no problem with that. Two birds with one game. I like it. :)

We have just had our first submission by TeamKwaKwa. How is everyone else getting on?

If I am honest I haven't done much on my Deflecktor sequel over the last two weeks. Sadly my day job has sucked away most of my time, I am hoping to get some time at the weekend. I will try and upload some screenshots over the next week.

Awesome. Looking forward to see what you do with this.

Reply
ZX Sequel Jam community · Posted in I'm in. I Had Choosen Xeno, but i've changed my mind: Lap of the Gods
AngryDinosaur7 years ago

Awesome. I am looking forward to seeing more!

Here are some sites to help with inspiration for your spectrum Sequel:

The World of Spectrum Archive
http://www.worldofspectrum.org/archive.html

I made it to level 9. I enjoyed playing. Thanks

It is a good art pack I was pleased with what I got for the money! I have just played your game, I got to "Level 9: Mind Your Head". It is really hard, I love it! :)

I have chosen a game called Deflektor. In Deflektor the player has to rotate mirrors to deflect a laser around the level. The laser must be rotated in order to destroy all the cells in each level.

After researching Deflektor on Wikipedia I found there were two sequels to Deflector, Deflektor II and Mindbender. Unfortunatly I have struggled to find much information on these two games.


I have picked Deflektor as I think it would translate well onto tablets and mobile phones. 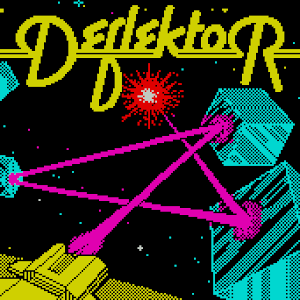