I've served in the US Air Force, and I've been looking at various game development platforms for people with zero programming experience. It's something I'd like to dabble in. I noticed that the pro licence can use C Extensions. I'd like to try this. I also qualify for another condition, but I don't want to put it out there for the public.

Perhaps this can help:
https://www.codeintrinsic.com/create-appimage-with-linuxdeploy-and-cmake/

Is there any chance you could make a linux version? Perhaps an AppImage?

Yeah, for a birthday stream on Twitch I got a friend to stream using your Launcher. He's been converted.

I hope everything turns out okay.

Man, your launcher keeps getting better and better.

This is amazing. I can use this for Warhammer 40K. All that's missing is the ability to download this tool as an app. Even if it's an HTML5 file.

That would be amazing. I'd be more than happy to test it out. I've got developer mode enabled by default.

Honestly, if I knew how to program I'd do it in a heartbeat. I'll keep my ear open for a possibility. I've used DM Helper when I had a Windows Machine. That's why I wish it was on Linux, I'm running with a Chromebook right now. I loved it and I am REALLY looking forward to the newest release.

Is there any chance you could make a Linux release? Perhaps as an AppImage?

Any chance you could make an AppImage version for us linux users?

I'm running the Linux version. FOr some reason when I view the archive with Archive Manager (Debian 11) I get a massive list of files and folders. When I extract the archive all I get is AstralFantasy_Data and AstralFantasy.x86. 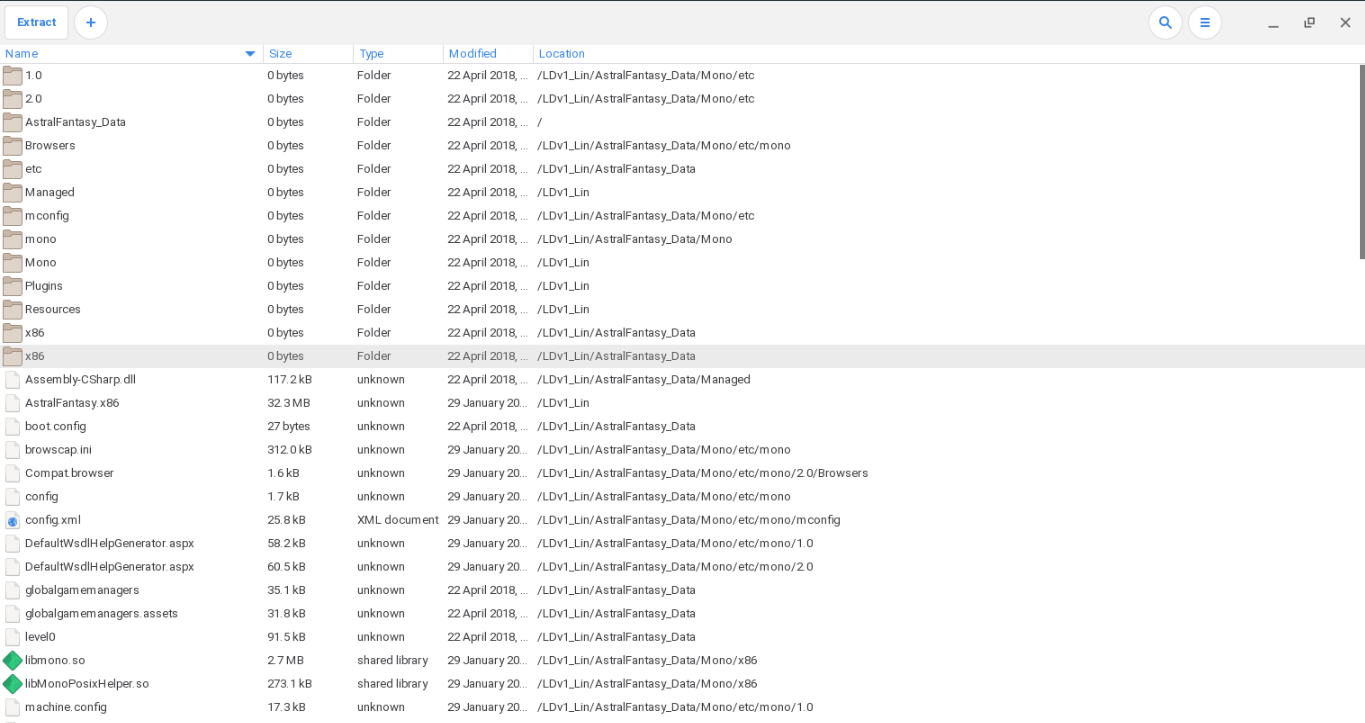 Yet another outstanding project by Watabou.

I'll let you know how it works.

This is awesome stuff. I love doom. I was wondering if you could release a cart for it as I have a portable Pico8 emulator and I would LOVE to be able to play this on the go.

No apologies necessary. I really appreciate you doing this for me. It'll ALWAYS be useful.

You keep giving us awesome stuff. Is it even possible for you to NOT be awesome at this?

Thank you so much. Between you and Deep-Fold I'm getting everything I need for any sci-fi campaign I ever run.

I'm really looking forward to seeing what you make next.

This generator is AWESOME! This is perfect for any sci-fi themed RPG. Is there any chance you can make it downloadable?

I've got an idea for one. I've seen a lot of city generators, thing is, they are all clean and pretty. How about one where the buildings are tightly packed together, and the color pallets determine what type they are. Like browns and reds for grungy, blues and whites for high tech. THe reason why is because I need a city generator for the 40K campaign I'm designing. So far your generators have supplied almost everything else. It's for hive cities they players will be venturing into. For an idea what a hive city is, go onto Twitch and watch someone play Warhammer 40K: Necromunda. Necromunda is a hive city. If you're a star wars fan, think a grim dark gritty version of the lower levels of Corruscant.

You have fun making these don't you? I'm going to figure out a way to use this. It's too much fun not to.

It's PERFECT! Thank you.

I wish I could, the only problem with that is it has the height I need, it's the width. This is what I made with your programs, as well as many of the other free resources I found on Itch.io. So The dataslate is finished. I posted a link to this as well as the psd project file in 40RPG on Reddit, if you read reddit. 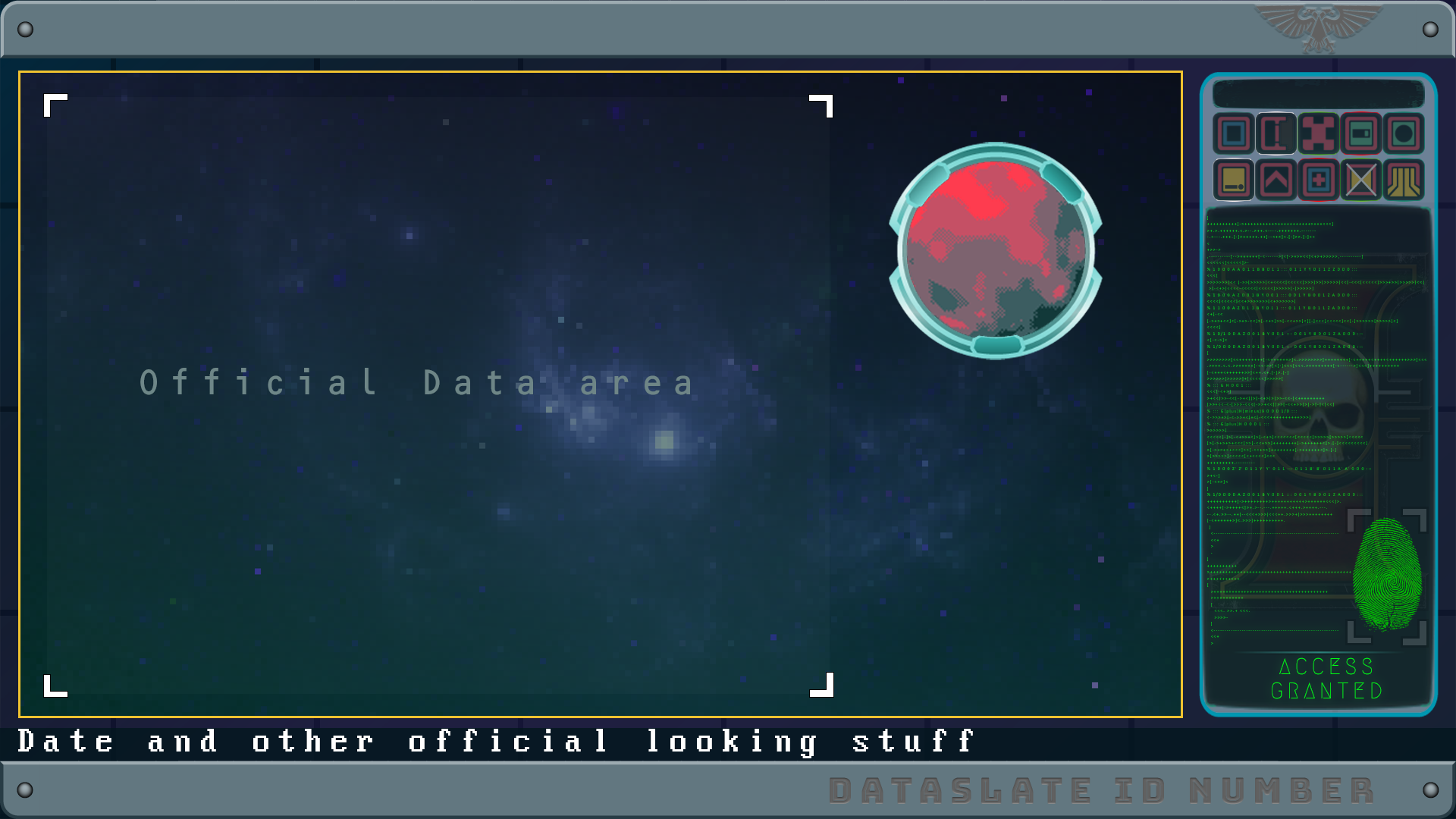 I was wondering if you could allow it to export as a widescreen image? I'd like to be able to modify the X and Y dimensions. I plan on making backgrounds for player handouts with it.

This is deffinatly a funny game.

Awesome game. The target boxes need work, but still an awesome game. It deffinatly scratches the "I wanna play Minecraft, but I don't want to buy less than half a game" itch.

I'd like the option to save the generated sigil as a single image.