The same happens on PC.

I tried to install it via the itch.io app and it said that the game files are hosted on an incompatible 3rd party website.

This has been mentioned to the creator multiple times though, so I'm not expecting it to change. [Last time i brought it up they said they weren't doing an android version and that's why.... but I think they were confusing the desktop client itch.io app for one on mobile devices. This issue is with the official itch.io client on PC/Mac that you use to install, run and update your games all in one place.] 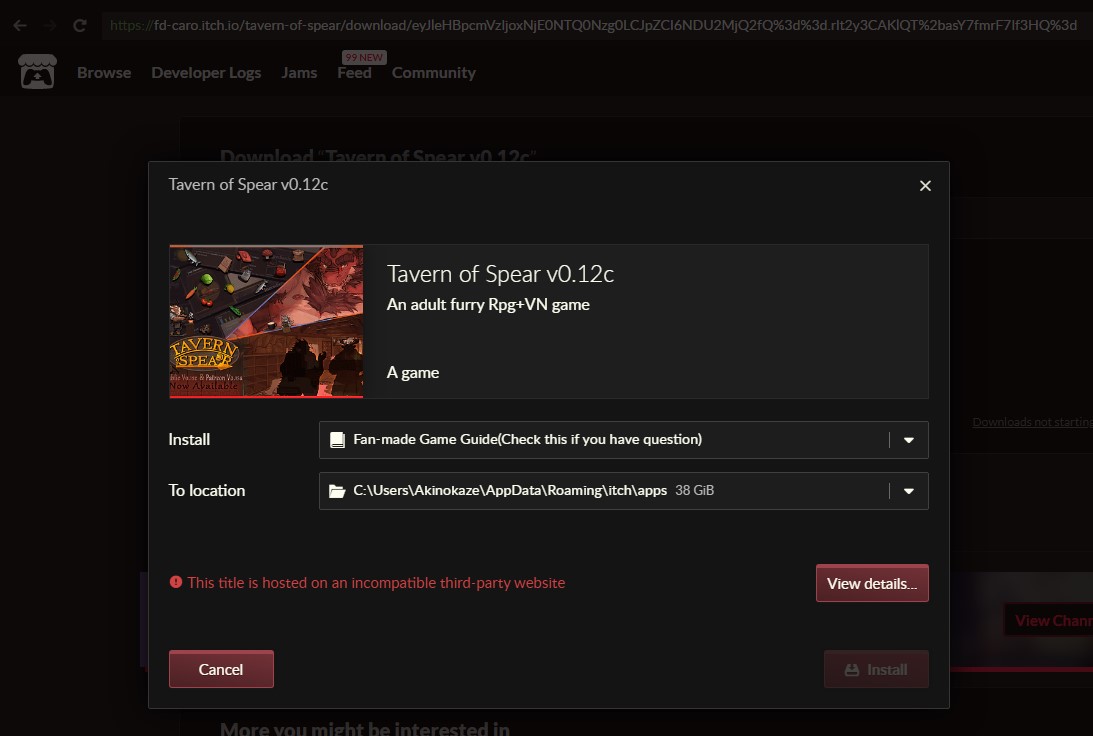 I'm using the desktop app and I can't install the game, non of the download options are available on the dropdown menu [windows 10, pc.]

Looks like it's been taken down [link no-longer works,] sorry to see you had to deal with this.

I completely understand, it would obviously be a lot of work, just wanted to check as I love metroidvanias [both SFW and not] XD

Good luck with the game ^_^

The purpose of downloading in the app is so that it will keep the game uptodate when you release updates.

Downloading in the browser doesn't do this, or even add the game to your itch.io library.

Any chance you have a genderswapped version planned for the future? [IE a Male on Male version?]

Something has gone wrong, the game cannot be installed throught the itch.io client.

It says that the game is hosted on an incompatible 3rd party website?

Glad to hear it's not gonna be exclusive. So many good games I see keep skipping the xbox :(

Any plans to bring this to console?

When playing in browser load is not a recognised command.

>load
That's not a verb I recognise.

>"load"
That's not a verb I recognise.