When leaving the shop after the plot the day time still switches.

Thanks for daring to make a game. Things can improve from here. Or you can start on a different proejct.

Reply
Demon Pie community · Replied to Lord Voldy in I love the licensing!
3hoursonly121 days ago

Lawyers seem to treat code in a special way. Don’t ask me why. The analog of CC0 for code is 0BSD.

Reply
Demon Pie community · Replied to Lord Voldy in I love the licensing!
3hoursonly121 days ago

Only that they do not credit me with any derivatives that are made from it.

You can enforce that using a software license but that honestly is a trademark issue. The reason for credit to the original being enforced in all licenses but 0BSD because those licenses work via copyright which has to have a know author. 0BSD works via public domain. A different approach might be one which forces to highlight what changed. A really strong copyleftish license which does kinda that is the https://spdx.org/licenses/Parity-7.0.0.html license. If you got the trademark route apache license might be interesting.

Reply
Demon Pie community · Replied to Lord Voldy in I love the licensing!
3hoursonly123 days ago

If you can give me a rough idea what you want and do not want i might be able to propose something.

It always happens to me i and i got a pretty good idea why and the best way to fix is, is to only use fonts which are part (in the folder structure) of the unity project.

A bit thin on content when played actively. <3h if played well and has some boring stretches during that. So i tried to speed running it: 2h26min13secs [1] It is not enjoyable to speed run.

You seem to rely on some (Windows?) font not present on my system. The menu buttons have no text. Look what font you use for that and embedded that into the project. Kudos 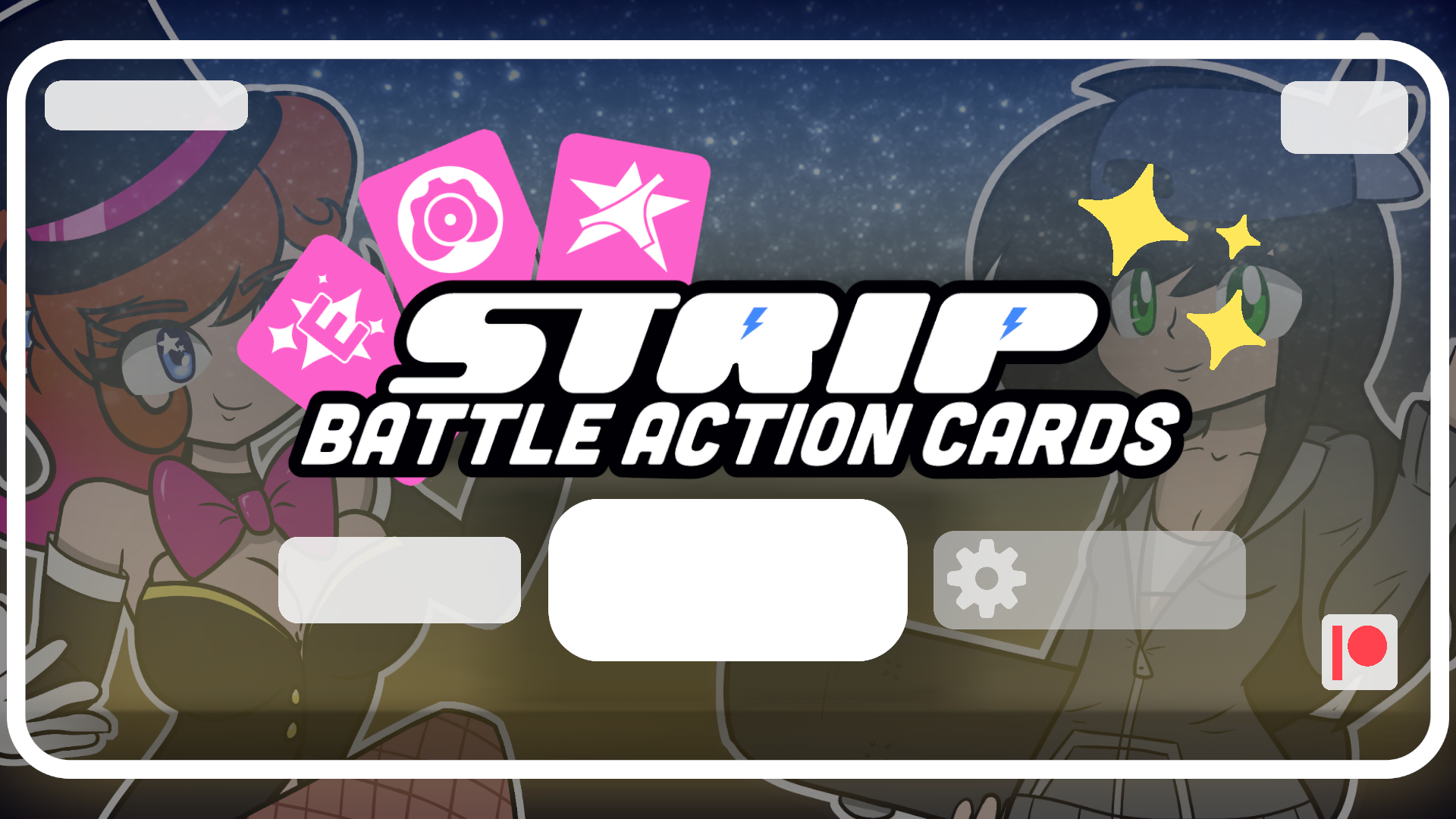 What do you use for Lovesense connection? Could this be made compatible with Buttplug.io?

Also the memory is broken for me if you guess wrong at the first attempt and the move counter does not increase.

clicking on a wheel with 0 points still makes the buy sound. Lilly needs to be a bit more flashed out as a character, although the rainbow thing is funny. A greater variety of pictures would be appreciated. Neat game.

I love the vibes

I would play polished tbh.

Great to see you are still working on this!

Now i feel bad for forgetting about this.

It’s not shadow banned for me. That traffic falls of a cliff means you are no longer promoted though which happens to every game.

Please let us know you are doing well even if there is no content update.

The installation via the itch io client stopped working. Just a heads up.

You should be less entitled.

Reply
Demon Pie community · Replied to Lord Voldy in I love the licensing!
3hoursonly152 days ago

This is less awesome but your code your choice. If you wanted a software license that is similar to what CC0 would try to accomplish then 0BSD/MIT0 would be the most accurate translation. GPLv3 goes some in some other direction.

May I know the specs of your integrated graphics?

I understand this workaround. Still being able to place a base, maybe even pre-configure starting resources dwarf fortress style might make sense.

During main game https://www.youtube.com/watch?v=smNlk2Z8UQw . Once i come come close to the edge of the screen with my mouse and the closer i come to it the faster i should move in that direction (= normalized mouse position difference from center, using screen ratio proportinal weighting and a more cornery norm think ((mousex-xcenter)*widthy)^4 + ((mousex-ycenter)*widthx)^4)^(4) or something based on actual usage testing because i just came up with that formula from scratch.

Do you prefer to build a lot while paused, or is it due to other issues like the graphics lag?

I can’t tell because i never played without graphic lag. I find it more relaxing to be able to build and think. Being able to configure things while they are still in to be build would be nice to, because i have it if sands get’s in my smellter chains.

Does this refer to viewing the ore resources in a hill?

I was not aware that the mining was hill specific when i wrote that comment. It is not, however since there is free screen realestate in the menu showing the number for the resource being mined might be nice.

The game certainly holds a lot of promise but i can not play it for longer than 2 hours at a time before quiting in frustration. I do not expect you to fix those. It is just feedback and what comes to mind right now.

The lack of production insight (theoretical throughput, acutal throughput) make it really hard to design things without trial and error.

There seem to be some limits where i can only construct so much stuff in one pause, hitting resume and pause resets this. The pause key is not part on many keyboard layouts, so some letter instead would be appreciated.

There is no way to see how much material is remaining in certain mines.

The reduced scope of buildable stuff does work as a bad tutorial but it leads to me deleting my base and rebuilding from scratch around the time i get steam power working every time.

The font of the text telling the story is to small to notice. I feel like i am mssing part of the story. Having a queue of story beats, one can review would help with that. Those later could be polished up with images or something.

Bad seed can mess up the game a lot. Giving a player some choice where to build the base could even that out. To prevent decision paralysis give a limit number (2 or 3) of scans for hill composition. (Like terraforming mars)

I would like to feel more involved in the war. One way to accomplish that could be a star map (pseudo 3d like stellaris galaxy map, just plain 2d or even just a list) where one uncovers more as the war is going on by meeting delivery requests which leads to learning about new planets involved in the war. The player could also request shipments. I would summarise that ideas as base builder which serves to constrain choices in a semi procedural choose your own adventure game / visual novel.

The lack of mouse map movement (like Anno/CIV/… has) is frustrating.

On lower framerates than target (fps) when moving in one direction it sometimes happens that the game falls “behind” meaning while you are moving up and then lift the finger when you arrive, there are still seconds worth of moving up buffered, which continue being processed leaving unable to input new commands while continuing to overscroll upwards.

It is not possible bring up a remote (somewhere on the map where you can not build a grid to) steam engine as mining coal requires electricity. One idea i have for that is that zepelins come with an internal battery which can hook into a power grid and provide power, having drones do stuff also requires energy, if it is over a power grid it can recharge with grid power the zepelin also slowly regenerates power on its own when in place. If power is exhausted, drones can’t perform new tasks and has the choice of flying back slowly to the power grid or waiting a bit. This could also be interesting to combine with a day, night cycle where as you place solar panels (instead of a base reactor) to meet demand you can power trough less and less of the night as the zepelin battery capacity is fixed.

Smaller map sizes would be nice as an option.

Please add an option to reduce and disable particle. My smelter array kills my integrated graphic.

With my plays style it happens often that i build some big machine to produce some component (steel frames, blocks, main boards, …) just to run out of the component i am building the machine for. Given the Sci-FI theming it might be interesting to have a nano fabricator in the base that can produces everything from raw components and processed componentes but does so super slowly and at high energy use.

The selction box of the launch platform should not include the rocket.

I tend to overbuilt stuff.

The milestones feel to huge. Ammunition is quiet a jump but repairkits feels like an impasseable wall. I struggle to motivate myself to climb it.

When makring something for delete in paused state it is not obvious how to unmark it for delete.

I have those SDL2 related packages installed on Fedora:

It is really awesome to see the cc0 licensing. So inspiring.

FYI if you use a program called butler made by itch you can upload games larger then a Gigabyte.

Shows much promise. I do not feel players limits are respected (CBT content when no CBT was selected). A suggestion to add variety would er giving some beat to jerk to.

ok i remove the link.

Japan seems to a be a special market in that regard. Adult games seem a bit more of a hobbyist thing in the west. In Japan things seems more professional (from my impression). I understand your reasoning and i can’t promise you make more if you lower the price either. The fact that there will be more content coming might tempt people. It’s a cute game.

Hey i played and really liked the demo but $15 is a really steep price. I hope the price of the first episode falls for example when the second episode is out.

See if you can upload the game to itch using the butler utility.

This is actually wrong. Itch.io supports files larger than 1GB however you need to use a program called butler by itch.io to upload.

Form to submit username is hard to read as black text on this picture as background doesn’t work. 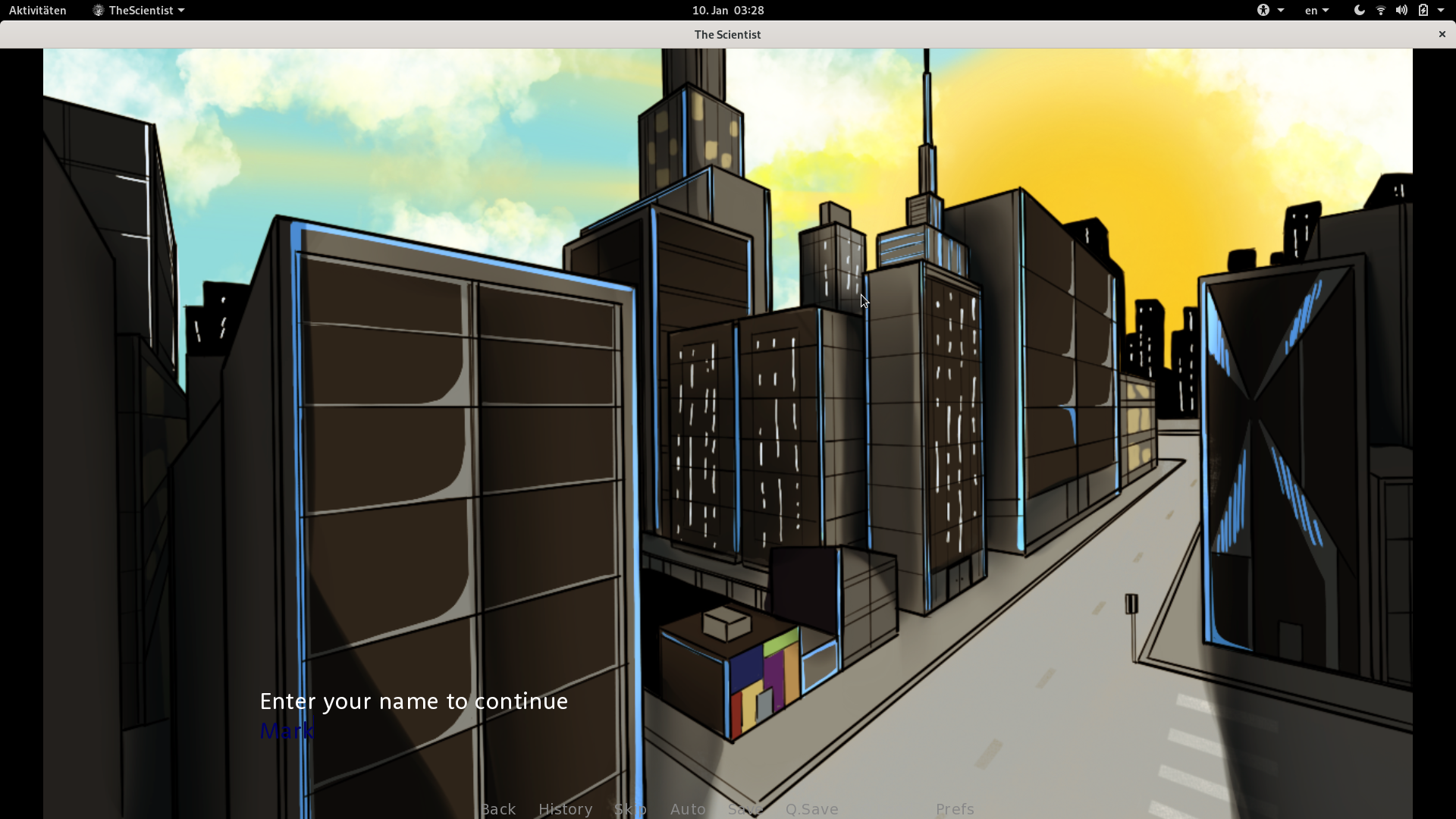 I tried to run it under linux using wine however that fails which is not your fault. But i am curious what engine you use.