So I included some visual studio and OpenGL libs in the package, and while I cannot guarantee that it works, it does have a higher chance of working now on your computer :D

Thanks for notifying me!

I'm glad you played it! I know there's no story or music, I was planning on adding some story, but I never had time because setting up Box2D took up my first week of development :(
As for the character controller, I admit, I do agree with you, and there are definitely a few things I could do to make it feel a lot better, but I guess as I got better at playing the game, I forgot it needed tweaking :p.

Anyway, I really appreciate the feedback, it means a lot :D

Great game :D I had a fun time playing it!

I really like it! great job!!! The art's amazing, and I love the humor!

No worries :D the more the merrier! Looks like a fun game!! Good luck!

Here's a screenshot as of today :D added some art, and worked on some more game logic. It's coming together really nicely. So for the past 18 days, I have added physics to my engine, and modified my scene, entity and component system a lot.
It doesn't sound like much, but that is so far what took up the most time.

I am using a limited colour pallet identical to the nes. For every sprite I have (16x image), I can have a max of 4 colours out of that colour pallet. Dimension wise, I am using a 640x480 window. It is not sized like the classics.

For my engine, I created a little bit of an overkill, which is totally fine with me because I am going to use it for future projects.
I am using SDL2 with opengl, my own font rendering system, Box2D for physics and sdl_mixer for sound.
At first I designed the engine for use with Object Oriented game development, but recently I decided to re-construct it for an entity component system, which so far is really great and creates a better workflow for me.

I chose this box art because it looked like some sort of fun platforming game, and from the cover I think the goal of the game is to find a key and open some sort of door. Since there are brick walls, and the assuming antagonist is wearing some sort of crown, I am guessing that this all takes place around and inside a castle.

Since I really want to finish this game I want to create the basic outline first, like a level system with a simple objective. Get key, open door, dont die.
I don't know how I'm going to implement the presumed antagonist, but I will try my best to make sure he gets a pretty awesome appearance. As for that weird smiling pink thingy looking at me, well I don't know where he will be put in, but hopefully I can think of something!

Anyway, this is my first game jam, and I hope I am doing well so far, regardless, I will complete this game.
Here's a quick screenshot of the very first playable level. Art will be implemented soon enough don't worry, I know xD I love it. 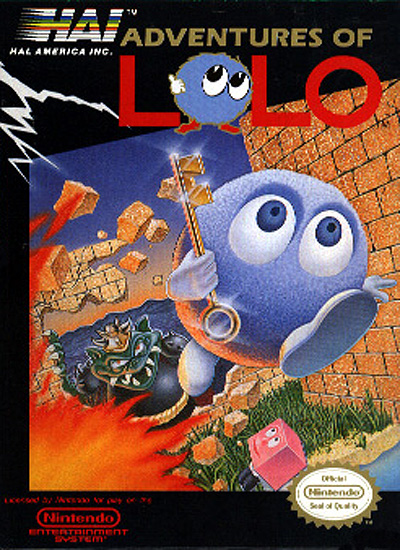