Hello! It's been a while since the last update. I was out of the loop for a few days recovering from wisdom teeth removal. Also, while the past few weeks have been very productive, it's more like a thousand small improvements rather than two or three big ones. I'm writing a lot of commit messages like this:

I was able to watch some brand new players get a little lost and confused in the Docks level I posted last time, and have since refined the level design to the point where my sister had no problem finding her way around. Some super dedicated playtesters in our Discord server also found a ton of bugs and exploits which I was happy to patch.

I also decided to include audio logs in the game, to give more time to explore the characters without having to build expensive cutscenes. Other small touches to add life to the Docks include this fire effect which didn't turn out quite right on the first try:

The active armor effect has been a problem for a while. It was too subtle. Just some sparkles around your drone. I finally did what I should have done months ago:

Back in August I posted about "drone repulsion". Basically, if two drones are crawling around and they bump into each other, the slower one takes damage and goes flying. The intent was to avoid the problem of shooting at a player, just barely missing, and landing anti-climatically right next to them, so close that your shields overlap. Drone repulsion ensures no two drones ever overlap.

The problem is when you're crawling along, suddenly bump into an enemy drone, and your drone goes flying 20 meters without any input on your part. It's jarring, disorienting, and not fun.

So I got rid of it and instead solved the problem of near-misses in a much more obvious way: use a sphere-cast rather than a raycast. Now if you're flying toward an enemy and any part of your shield touches their shield, that counts as a hit for you. Once you land and start crawling, no more drone repulsion.

Can't believe it took me this long to figure this out.

This is Treatment Plant. Actually it's an old map by Ian Cuslidge, but it's been revamped, cleaned up and welded together to accommodate the new rendering system and game types.

Special thanks to Ryan Evans for pointing me in the right direction to get my game recognized by graphics drivers so that it runs on discrete GPUs rather than integrated Intel HD garbage. Here's the code in question:

Also, look for a new entry in the "Poor Man's" series of game programming articles this coming Tuesday.

In the course of poring over old screenshots and gifs for said article, I dug up a couple neat images from the past 2.5 years of development: 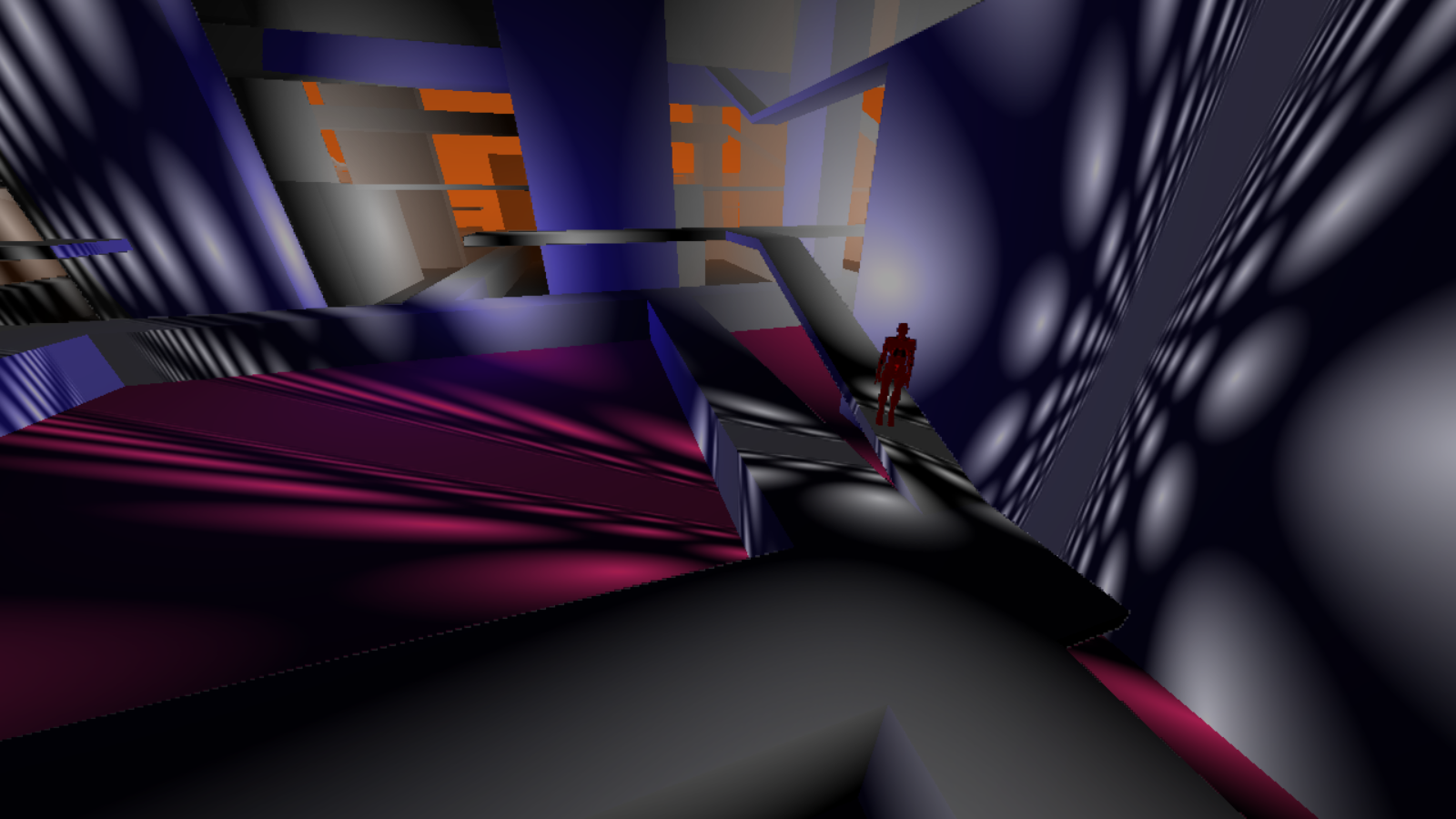