I shopped around for a while but ended up back where I started: Digital Ocean. So, the reason you're not supposed to use VMs is because performance is unpredictable; you never know when someone else on the host is going to saturate the CPU with a massive cron job or something. Theoretically you should be shielded from that, but in reality, it's not great for realtime applications.

I personally can't yet say whether it's an issue or not. But I did purchase special "high CPU" instances, which guarantee that you get two dedicated physical cores. One instance each for US East, US West, and Europe. I'm running four server processes per core for now. 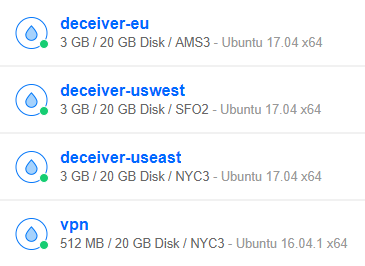 Also set up an extremely simple alerting system that sends me an email when a server process crashes, and when a client uploads a crash dump. 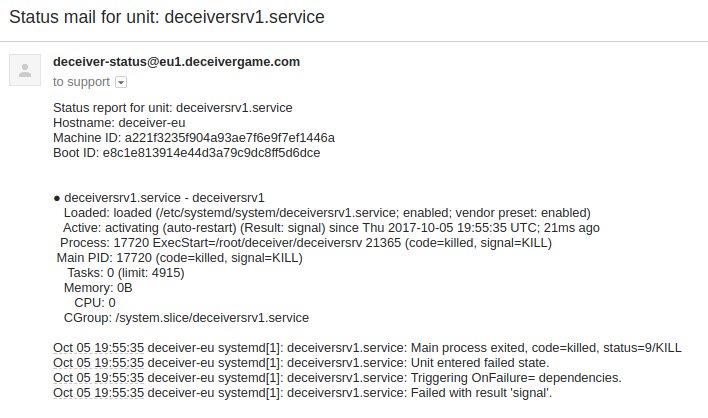 I added a simple dashboard to the master server that allows me to execute SQL commands and keep an eye on connected servers and clients. 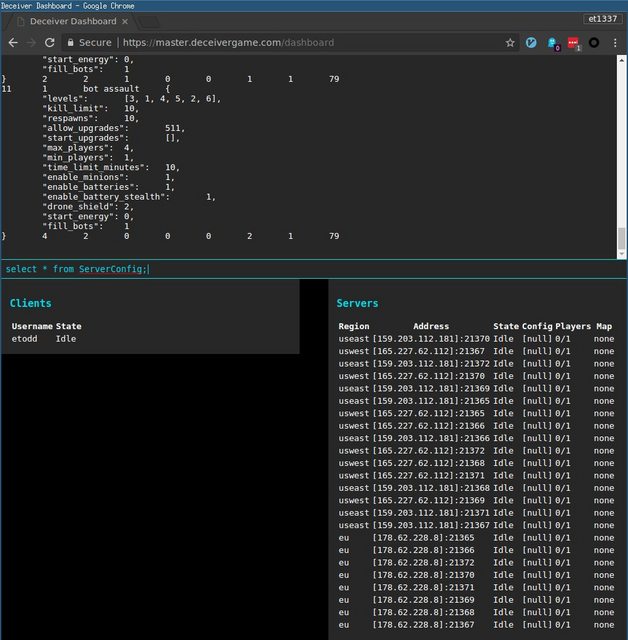 The bulk of this feature was done on stream:

Someone on stream suggested adding a "spot" feature which would allow players to call out targets for their team. I thought it was a pretty good idea. This feature was also done on stream:

Needed some new gifs for the website, so I recorded a few.

The alpha is basically ready. I might have to launch without itch's OAuth support. We'll see.