Trailer
I spent a few weeks animating, capturing, and editing a trailer. I started out working on some story scenes: 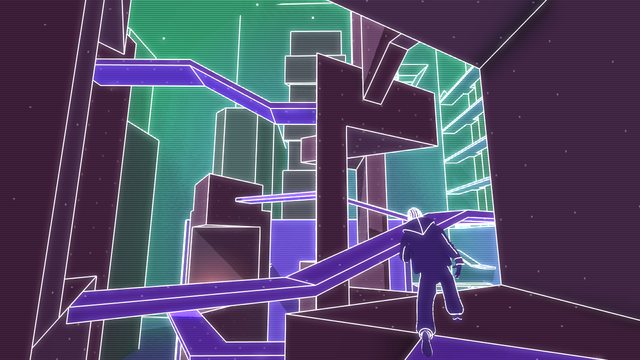 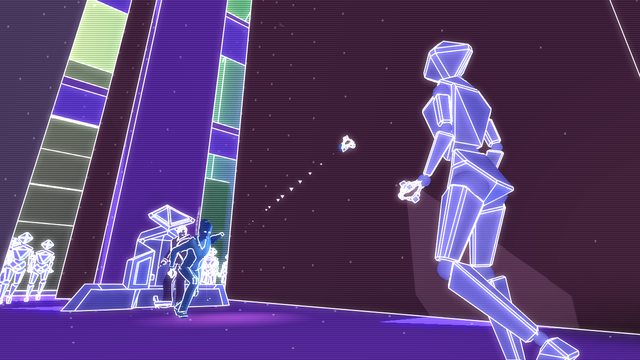 Animation can be really tricky. Here's a problem I encountered with Blender's "Child Of" constraint:

I export the animation at 24 fps, but play it back at 60 fps. That causes the cigarette to shake around a little. Fortunately you don't really see the cigarette too closely in the shot I had planned.

At any rate, I talked to the wonderful M. Joshua who advised me to hold off on the story elements. The trailer isn't for the full release, only for a multiplayer alpha.

I did finish the trailer, and even managed to cram a teensy bit of story into it. OBS Studio wasn't able to record even 720p video at 60 fps without hitching, so I picked up an HDMI pass-through recording box and hooked it up to my laptop. Worked beautifully at 1080p 60 fps. This is the first time I've been able to make a 1080p trailer.

The Assault mode is a bit like League of Legends. Team A tries to destroy Team B's turrets. When people try this mode, they immediately want to know if they can repair their turrets. A repair tool has been on my to-do list for some time, but I wasn't excited about adding a whole new ability that accomplishes only one purpose.

Then I started thinking about Sensors. These have been in the game almost from day one, but they've never felt overpowered like everything else does. They detect and track enemy drones, and they create a stealth zone where you become invisible. That's it.

I decided to combine the repair tool idea with Sensors and ended up with Generators. In addition to the old sensor functionality, these also passively generate energy at a fairly good clip. They pay for themselves within 30 seconds or so. They also slowly heal any minions and turrets in range. I also buffed them up and gave them more health and a shield. You can spawn a ton of these near a turret to get a whole bunch of healing power.

The multiplayer alpha is really close to release. Just need to polish a few things and deploy the servers. I tested my ability to run multiple instances on the same server. It looks like I could run about 6 games with 4 players each on a single t1.micro.

I added support for GameJolt login. Also added a crash reporter on Windows:

It also opens the GitHub issues page after uploading the crash dump.

I'm showing the game at GDEX this weekend, then at LexPlay next month.