That was haaaaaaarrrrd. The second jump ruined me as you can see from the picture. I managed to get across but slipped off towards the end because I couldn't tell where the rocks began to slope. I think more friction on the character and a slightly more powerful jump would mean I could get to the dual control bit easier but I'm afraid I gave up. 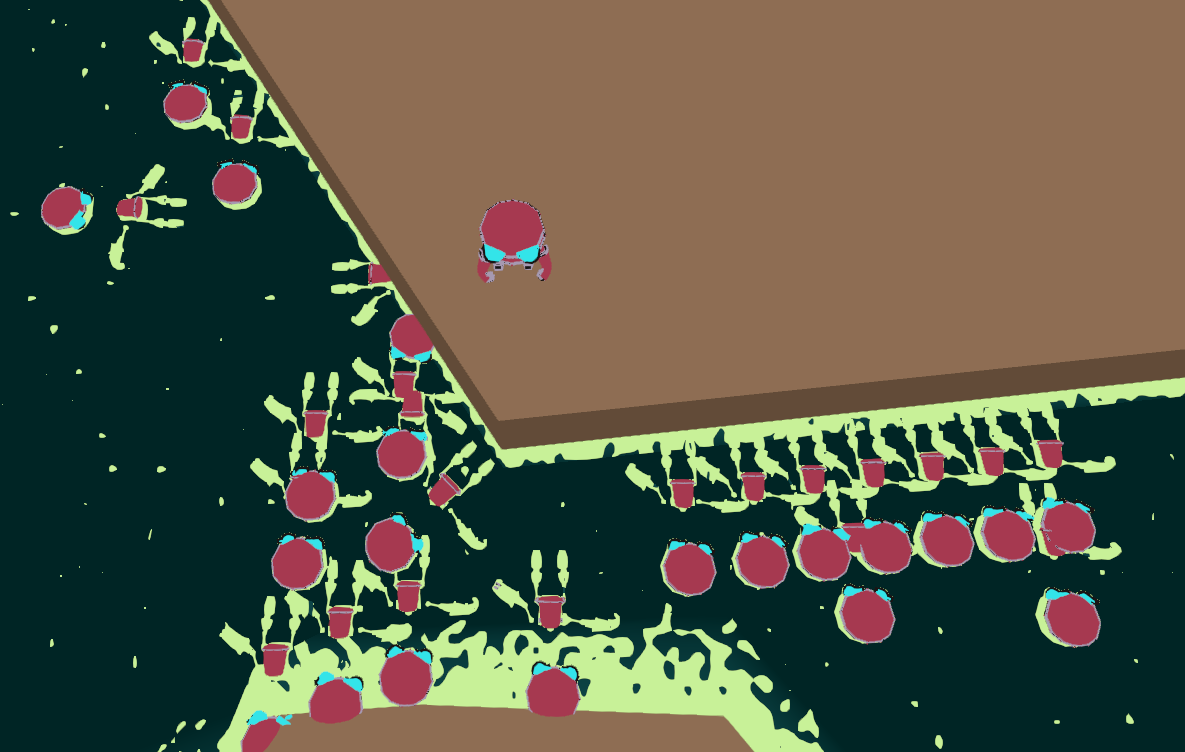 What I did play of controlling the two characters was decent, I liked the way the camera pulls away depending on how far apart they are. I'm not sure about controlling them both with the same set of keys especially when controlling one was pretty difficult.

That being said I like the visuals and the music was lovely, really enjoyed that. Good job on the little red robot as well, I liked the animation.