After adding text emotes last week, I realized how useful it is to be able to reference points on the map by name. To facilitate this, I added labels for batteries and turrets. Batteries are numbered, turrets have letters. These labels also appear in the event feed in the top right, so there are multiple ways to find out which objective requires your attention. 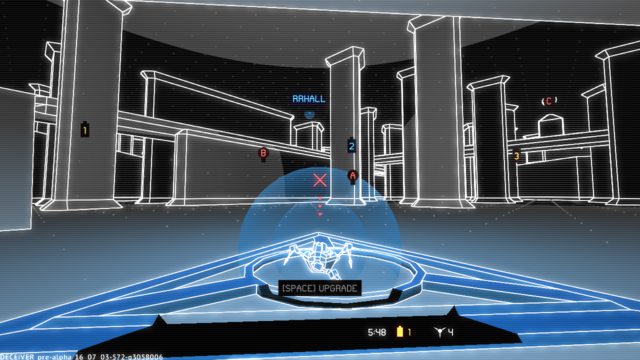 This was a no-brainer. The bolter, shotgun, and sniper now eject spent cartridges. They're purely aesthetic. The cartridges are sized differently for the different weapons.

Jack has been summoning incredible sounds out of the ether despite being one of the busier human beings I know. I spent most of this week hooking them up and experimenting with spatial audio. I was kindly given a trial copy of Wwise Reflect, which I immediately integrated. Unfortunately, the plugin didn't quite work for our use case. We're switching to a more standard reverb setup where the game scales different reverb presets from 0-1 depending on the results of a few raycasts.

Reverb is nice, but obstruction and occlusion is essential for gameplay. Obstruction is easy enough - one raycast is enough to determine whether a sound is blocked or not.

Occlusion is trickier. Let's say a sound is just barely obstructed by the edge of a wall. The sound would not be affected much, because the occlusion wouldn't be very high. In some sense, the sound just takes a slight detour around the obstruction, arriving at the listener barely distorted.

I'm approximating occlusion by estimating how far the sound would have to travel to reach the listener without penetrating any walls. If the sound is nearby but behind a large wall that we can't get around easily, the occlusion should be 100%.

To calculate this, I'm leveraging the AI nav mesh. When a sound source is obstructed, the audio system does a pathfind to determine how occluded it is. Here's a visualization:

Sound doesn't actually work this way, but the total path distance minus the straight-line distance is a good rough estimate of how far "out of its way" a sound will have to travel to reach the listener. 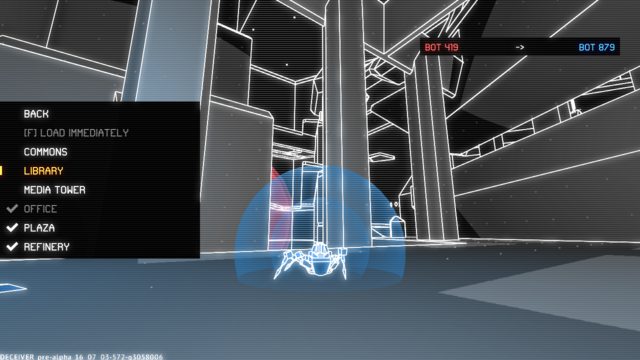 Server admins can now select which map will load next, even if the map is outside the server's normal rotation. They can also force the server to instantly switch maps.