Made a functional door, this is player activated though you'll probably never manually use it. I decided to have a cutscene where the character enters to make it more simpler.

So of course with this cutscene the train itself isn't moving, just objects outside of it being animated. Took me a bit to figure out how to execute both the animation via code and parenting. The door automates its own animations separately however. But then stops working after the player ends the cutscene.

Spent a good amount of time deciding how the train should be laid out. I looked at a bunch of different japanese trains, specifically the commuter or metro types. They all have different designs depending on the region/time they were built so it's a bit hard to nail both the cover art and make it functional. One thing that's obvious is that the end of the seat is really close to the door. Most japanese trains I find tend to have the doors slide within the walls of the train leaving some space before you reach the window. 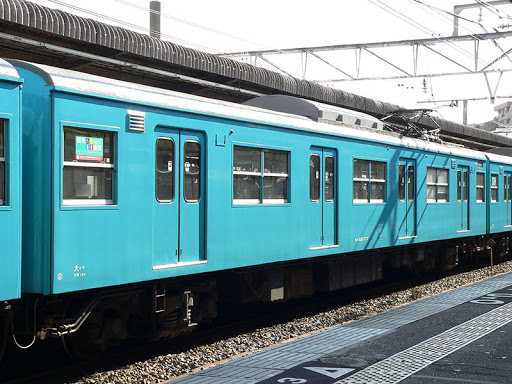 Also common is that the top and bottom of the windows are close to the door windows. But I want the windows to be big and huge, mainly so I can fill the train car with light and silhouettes. So I'm fudging reality a bit, doors will simply open on the outside, and will be shorter than the windows. Since making the doors any bigger to fit with the windows will make it a bit over-sized. Also worth noting, 4 doors, 3 main windows, and 2 end small windows seems to be on most trains. It was actually hard to track down exact schematics or xray type illustrations. But looking up exact model numbers and paging through model trains and paper folds proved useful. 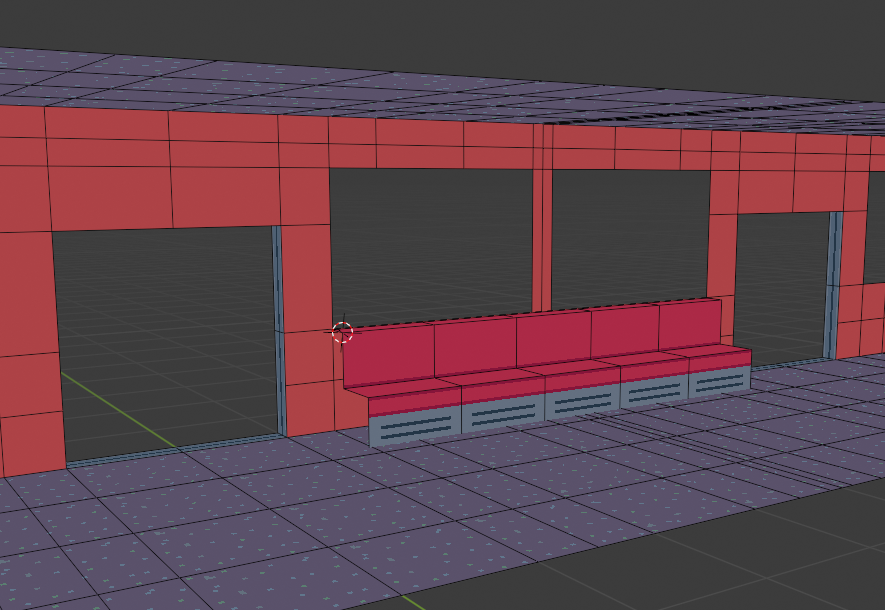 Blender has some growing pains honestly, but I'm getting used to it. Later I'm probably going to chop this train car into chunks to better copy each part of the train properly. Though since the entire game takes place in a train car it might not be that important. Another thing to note is that importing to Blender and Godot is a bit... finnicky. The main trick that works for me is to exit the scene I'm on in godot that doesn't contain the model i want to update, then export to OBJ overwriting the existing mesh. That seems to work, so that I don't have to reapply the material each time I want to see what the converted file looks like. I tried other file format options but they don't seem to be as direct as OBJs. Of course that'll probably become an issue if I need to animate outside of Godot. Main thing is, don't be in the same scene as the model you're about to replace directly and it should be fine.

With a basic WIP seat modeled and some colors/lighting tweaked this is where I'm at. But there's something strange about something isn't there? And no it's not that the handles are floating but something else... stay tuned.