As others said, I wasn't expecting a platformer in this jam, but the retro aesthetics mixed with getting the story from tapes, everything was a great combination!

I'm horrible at platformers so that one area absolutely killed me with the wall.  Felt great at the end though when I finally got through, so a great level scale!

I couldn't quite figure out what the bat was for, I thought it was a enemy at first but I didn't receive any damage from it.  It just followed me around the room. Which was neat with the light on it, I fell like if I took more time I could've got it to darker areas.

I liked the attention to the small details.  Like the light switches.  And the small control tutorial, I would add in how to open and close the tapes, the first time I kept hitting all buttons to close and clicking out, finally closed with space.

I loved the little duck: 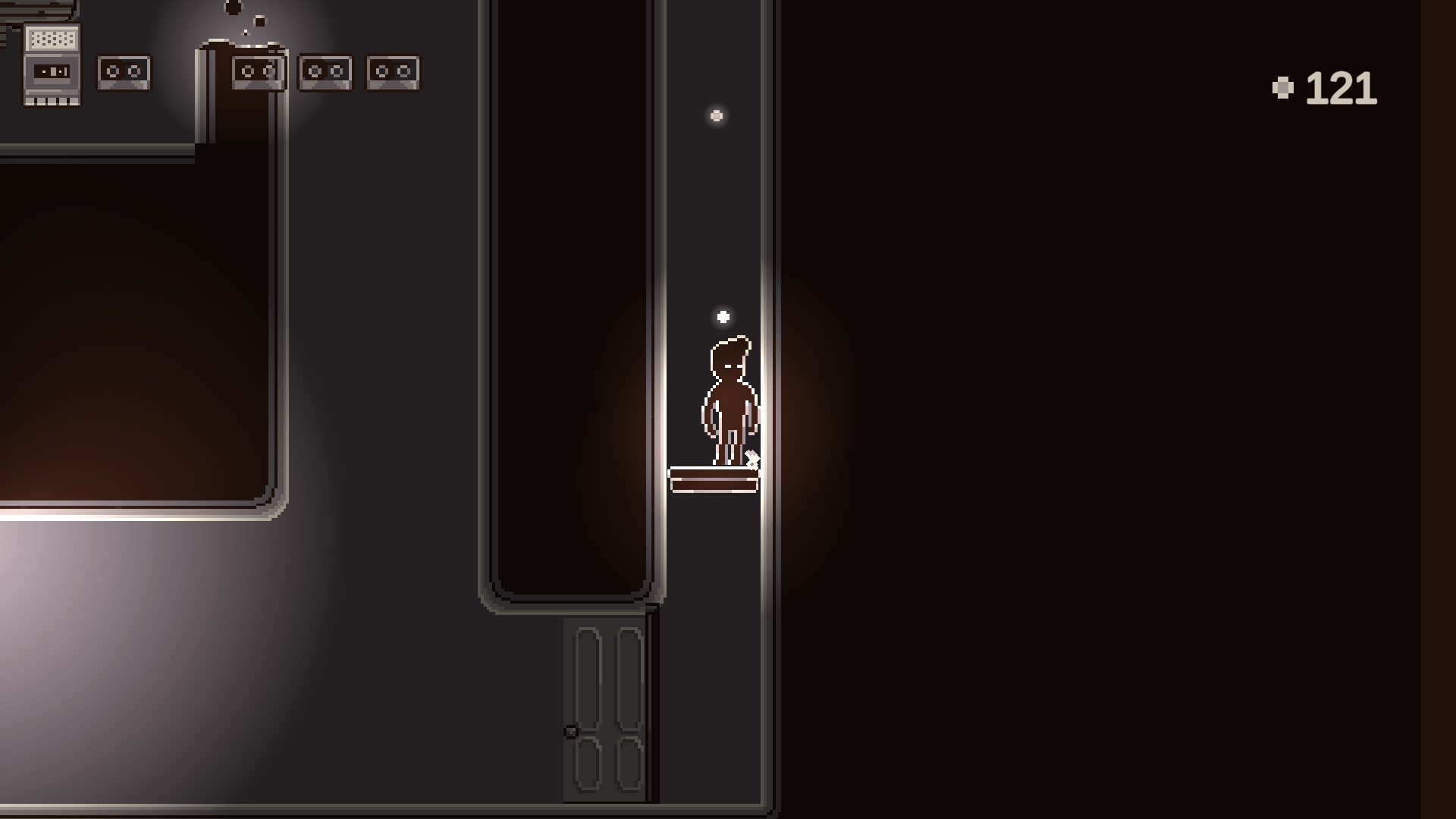 I brought it with me as far as I could.  And using it down that dark hallway was such a cool idea!

I second everyone's suggestions on voice acting with the tapes. And, I ran into a death issue as well. Just the animation for death kept replaying as I got transferred to the start of the zone. I think it's because I started moving during the animation.  It eventually solved itself when I gave it time to get through the whole animation.

It was a wonderful job, especially considering the time frame! The art was great, and I really liked the idea of telling a story only using pieces of dialogue from the tapes.  Keep up the great work!