A shooter game, BUT you only have 3 bullets.
Submitted by Punga (@Punga420) — 2 days, 16 hours before the deadline
Add to collection 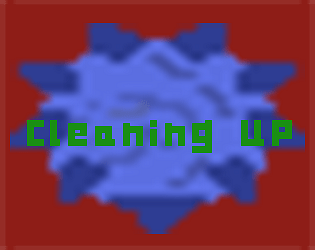 How long was your dev time?
around 170 minutes

This is really fun! The art is great (and I see you are a fellow Aseprite user! High five!!), and the sound effects work really well to convey the puncturing of the enemy with your antibodies! I love it! The game is challenging enough to continue to be fun all the way through to the end.

NGL, I was ready to dock points until I watched your "making of" video and saw I had the ability to move! I don't think there was anything that made it clear your character could move so when I hit the level 6 viruses, I felt something was wrong!

Aside from that, this was a pretty ok game for the time limit! Pretty timely considering we're in a pandemic, the simple design of the sprites make sense considering we're a white blood cell getting rid of viruses! I got some real "Presentable Liberty Minigame" vibes from it! Audio was ok, though it was only just one sound. I also feel the "You only have three bullets" twist didn't fit the theme as it felt more like a game play mechanic than anything else. Not bad though!