A short text adventure game for the Text-Based Adventure Game Jam.
Submitted by Chronoware Games — 3 hours, 58 minutes before the deadline
Add to collection 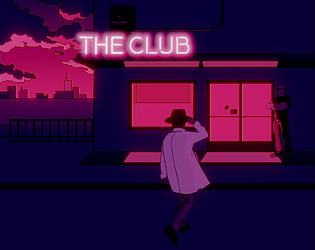 I like the idea behind this submission. I'm not one of these people who can't work out how to play a game, so I give it a bad review or a dud comment. Here's where my thoughts took me on this one:

I was unable to figure out what command to issue to get into the night club. I looked up the polish copypasta from the link on the game page, and translated it to English to look for clues.

No matter what I came up with, I was unable to get a response from the bouncer or any type of progression indicating output from the game terminal window!

It reminds me of old text-adventure games from the past where I would experience exactly what I described above. Some obscure text games would leave you scratching your head for weeks, even months before you could figure out what-to-do. There were no instructions, walk throughs, or manuals-- frustrating as it can be, in my opinion that kind of puzzle is a good thing.

What I would've liked was some kind of clue or basic confirmation from the terminal after say 5 or 10 failed command attempts just to let you know the game is still working.

Hi, thank you for the comment. We thought it may be a bit too confusing, so we actually tried to subtly hint to what you're supposed to do at certain points. In rooms with the Bouncer, the Barkeep and the Girl you can always do "talk". The bouncer tells you to stand in line, then when you do it your character has a certain thought which leads you to what you're actually supposed to do. The bouncer has to see a certain item of yours. You can also try using "inventory", which we didn't implement as we first intended, but it also works as a hint at this point.