Submitted by KavishTomar4 — 3 days, 9 hours before the deadline
Add to collection 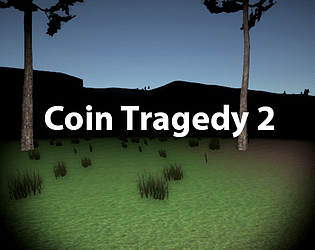 So the first thing I want to say is I loved the soundtrack. The music slowly growing more intense the closer you got to a monster was really nice. I also loved the approach to the house, where the trees' shadows slowly grew longer as you got closer to the house, it set the mood really well. I was a bit surprised when the sky went black, but then lightened a bit as I finally got there. There are two things I'd love to see done to this game, a major one and a minor one.

Major Thing: Is too big. I played for almost half an hour, and was only at three bags. A smaller mansion with fewer bags to collect, or even the same amount, but still a smaller mansion, would have made for a better experience.

Minor Thing: I became convinced I was a millipede standing on tip-toe. That is to say, you hear like ten footsteps a second. These are not human feets beneath me. I didn't actually mind, because it was hilarious, but it did kind of kill the horror mood.

Thanks for your feedback I am looking forward to improve footsteps sound and also made try to make my upcoming game smaller and also in the death screen it was showing you 3/10 coins because when I have started to work on this project I have decided to keep 10 coins but it changed to 9 coins but I forgot to change the number to /9 in death screen ,sorry for my mistake but I will fix it after this jam gets over.

And again thanks for your feedback