Control the wind to herd sheep to safety.
Submitted by New Benland (@new_benland) — 9 hours, 1 minute before the deadline
Add to collection 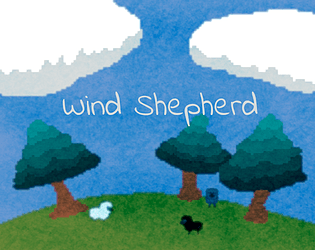 Team members if any:
Solo

I think the bugs hurt this game the most, getting the sheep stuck in the walls after a car hits them, or the odd acceleration on sheep in general.