Submitted by AR Borno — 7 hours, 30 minutes before the deadline
Add to collection 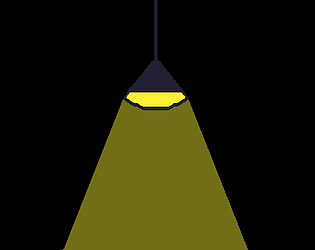 I love the idea of a game based on sound! Even though the heartbeat did not sound like a heartbeat to me at first, I still was able to figure it out and make it to the 4th night!  Overall I think this is an extraordinarily innovative and captivating idea.

Some sort of sonic variance from headphone to headphone, signifying if you should go left or right, would be really cool! There were times where I knew I was in a right 'point' because the sound was playing, but which direction to go from there was unclear. It would also be cool if each night/level something changed, so that the 4th night didn't feel the same as the 1st. Maybe like a match/lighter/flashlight for a quick flash of the immediate surroundings (or entire screen) so you can see better what's impeding your movement, or some other form of visual/sonic clarity. Honestly even a cool hat (or some other nonfunctional upgrade) would make me intrigued enough to play longer.

Great job with this entry!

thanks. I m really a newbie on game making.. i started learning game making about 1.5 or 2 months ago and i m still learning. your words really help me in future.. again thank you very much.

I'm impressed with your skill thus far and am excited to see what you produce in the future. Keep going, my friend!