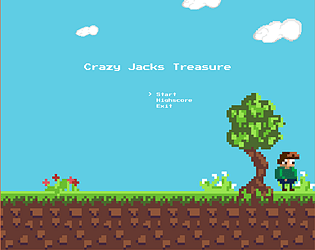 Its a very cute simple platforming game. Their were times where the double jump didnt work (wasnt responsive) but that can be fixed later.

I like the simplicity of the UI. Once you open the game, most gamers would instantly know that this is  a platformer. No tutorial required.

If this game was on mobile and level were not too short (understandable - you only had two weeks to make this, which is still impressive), I would've played this on my way to work several times.

I can see this being an endless runner/platform hybrid with the exception that you can actually run back as well. For a first game, its a very good one.

I played through your game about 5 times. Here are some observations:

I think this was pretty good for a first game. Keep developing and refining this game, or take what you learned and apply it to your next game,  and you should have a pretty fun game!