Co-op multiplayer game where one is blinded and the other immobilized
Submitted by fireredplays — 5 hours, 28 minutes before the deadline
Add to collection 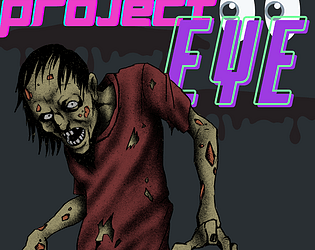 Message from the creator(s):
This game assume the players to use third-party voice chat. It's creaetd for friends and couple. I've created a Discord channel for people to look for teammate.

I did not create the core gunplay and first-person mechanics. It belongs to the Low Poly Shooter Pack assets by Infima Games. However, it took me quite sometime to refactor it to work with Mirror (the multiplayer solution).

As a programmer, I mainly work on the coding aspect; multiplayer and zombie for instances.

How does your game fit the theme?
Trust in a multiplayer game sounds more like deceptive. I was really tempted to create an Among Us like game.

However, that would be about not trusting each other. Hence, I choose to go with a co-op idea.

In this game, both player have to work together. And trust each other in order to escape from this zombie infested spacecraft.

The Walker must listen to the Assistor command and follow through. There are no incentive to lies to each other at all. At it core, it is about trust.

Didn't create the vast majority of the art during the jam.

Didn't create the vast majority of the audio during the jam.

Interesting game idea, however it's implementation is lacking. This game is highly impaired by high ping. In my case my actions were visible with delay of MINUTES. Also the map layout has way too many corners for you to get stuck in. As a assistor there is not much to do, since you can only really help with information. One idea we had is drawing on screen to guide the player.