It was fun that the whole game wasn't just centred around cleaning up general trash, but also had an element of horror which added complexity to the game. I do wish it was more elaborated on, but good effort for a game jam!

The multitudes of trash made the game longer, but I felt that the level right before the first blood room was a little too big. By then I had more or less gotten used to the mechanics so cleaning up the additional trash felt a little redundant.

It was a little confusing at the start on how I could change direction, as I thought you could only use the space bar to move and change direction. It would have been helpful to add the game description with the part about [arrows] into the game as well.

I thought it was really interesting how the space bar was incorporated to control the acceleration and braking of the vacuum; simulated real-life and also sped things up for me when I was more confident with the controls.

The idea of having a drain to clear the trash was interesting too, though the game was too short to better appreciate its usefulness.

I'm not sure if it is a bug, but there was a blood stain behind a row of 4 vases somewhere in the middle of the game and I couldn't reach it.

I only played through once, so I'm not too sure about this, but perhaps choosing to clean up the blood or not could have some difference in the ending. Also, I ended the game before cleaning up all of the blood stains simply because I cleaned up the knife first.

Perhaps there could be some additional text when the vaccuum discovered the first/subsequent bodies.

Maybe limited vision for the vaccuum could be interesting! That would build up the suspense especially in the blood room and make the discovery that much more emphasised on.

Overall short and sweet tidbit of a game! Would have enjoyed more plot (as with Indigo Lockheart) but maybe I've been spoiled by the quality of that game already XD 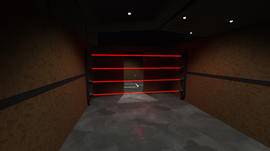 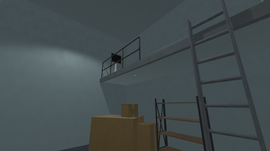 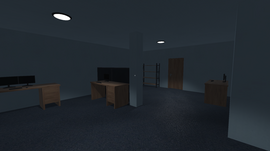 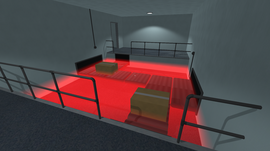