In his world, if you don't show up for your trial then your next of kin carries out your sentence in your place.
Submitted by Webster (@SJWebsterArt) — 2 days, 22 hours before the deadline
Add to collection 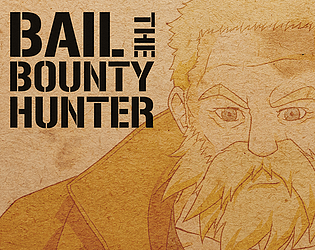 I can't play this. The blurring during combat covers too much of the screen.

This is based on just the first battle, but what good is it to tell the player to try to demand surrender as much as they can if there's no indication for when an enemy is likely to surrender?

Thanks for your feedback and sorry for not replying sooner. In hindsight, I should have prioritised making proper battle backgrounds rather than just having the normal map in the background. For Demand Surrender, I wanted it to work on remaining enemy MP, kind of like a Pokémon deal - the lower the remaining MP the better your chances - and display the remaining enemy MP by retooling Yanfly's visual HP bars but this wasn't ready in time for the contest so I opted to instead make it purely chance based to just show the intent behind the skill. These are both things I can work on for future releases :)

Ok, I'm just going to do this in points as to what I liked, what I didn't etc, its in no particular order.

1. graphics were very good, tilesets fit the theme, and bust where well presented.

2. Interesting world concept, I enjoyed the idea of how the justice system works and the motivation Bail has to get the right person to turn u for trial. Very impressed by the thought that went into that, and the dialogue was excellent.

3. I hate that it's not a completely seperate battle screen, seeing the map dimmed beneath the fight was very off putting for me, an actual battle screen I feel may have made things easier to see. the entire first battle I didn't realise we'd moved to a battle screen at all, it was very disconcerting.

4. The mapping was good, but once we left the warehouse area there were no real indicators as to where I should be going and when we were directed back to the cafe I was sort of like "Whyyyyyy? I could have gone in there first and sorted the whole thing out without nearling getting lost checking doors that wouldn't open!" but that might just be me.

Overall the game was intersting and I liked it, I would love to see more. I think you've put a lot of effort and thought in. I would like to note that I was afraid to talk to anyone in case I ended up in a battle, so you might want to think about some way to show who is safe to talk to.

Also, sassy Granny in the cafe for the Win! I love that old woman!

great game. Very nostalgic. Had some fun with this....thank you

Thanks, think it managed to capture that Mega Drive era vibe nicely :D Cheers for playing it and I'm glad you had fun with it ^^