A 1-versus-1 dogfighting game about love, loss and conflict made for the GMTK jam.
Submitted by Yadu Rajiv (@yadurajiv), RahulParihar, Mithun (@mithunbalraj)
Add to collection 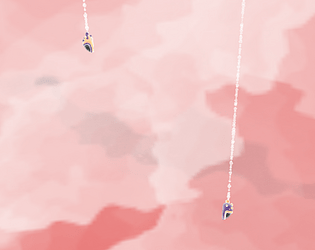 How does your submission match the theme?
The game is a PvP dog fighting game for two players controlling two planes using one controller. The left and right analog triggers are used to shoot but they double as a way to activate bullet time. Firing bullet instantly gives the bullet extra explosive power, but if one uses the bullet time enough, the explosive power of the bullets are reduced. The bullet time is used both to steady yourself and also to evade getting shot.