Cover yourself in the blood of your enemies so you don't fade from existence!
Submitted by Scott Ethington (@sprucefruit) — 8 hours, 42 minutes before the deadline
Add to collection 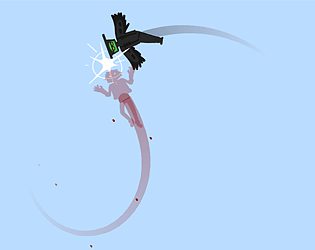 How does your submission match the theme?
The only controls in the game are for movement, which can be used to get around the playspace, dodge enemies, and attack enemies (move into them).

The game ends when the player fades out completely, but they can also use the fading to their advantage. When the player is more transparent, the enemies can't see them. This allows the player to play stealthly if they want to. Basically they player can be action-packed or stealthy and calculated using the same controls and the same systems that are in place.

Sound effects were found on freesound.org and mixed and mashed in Pro Tools

Contributors
Game made by Scott Ethington