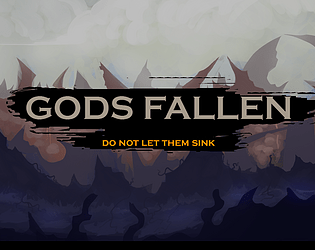 Description
There was an eternal conflict between the gods and the demons. Many gods fell in battle, other gods were captured. In the end, only one brave god remained. Facing a powerful foe, he was soon overwhelmed by the demon's power and fell from the sky into the void. Regaining his power, he must ascend to the heavens to rid it of the evil that plagues.

How does your game fit the themes?
Falling on the floor.

The last god fells from the sky into the void.