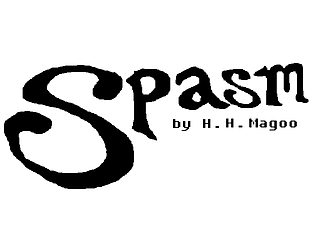 Which parts of the entry did you take from other sources (free assets etc.)?
None but some bits of my code was patterned after examples posted on Stack Overflow

Which parts of the entry did you make BEFORE the jam started?
About a week before the jam began, I began pondering the idea for the tool and experimenting with how I might do bits and pieces of it (ie. how do I allow users to multi-select several files in a open file dialog? How do I replace all the pixels in an image of colour x with colour y?, etc.) I expected I would have to pivot to an entirely new idea when the theme was announced but then you chose my suggestion, Animation

How many people were on your team?
Just me

What tools, engine, language, etc. did you use?
Delphi RAD studio

Here is an 18 sec video of a fox, made with SPASM: https://www.youtube.com/watch?v=R9-_sjcDG00&feature=youtu.be

I completely agree that our entries work well together. If nothing else, mine is handy for some early color correction and turning video into images at a set fps.

Two easy QOL improvements I'd suggest are:
- once you turn on demo movement you can't turn it off. Add another checkbox for 'none' maybe?
- when user loads images check how big they are, and if there are any above like 500x500 make a popup saying 'Some of your images are larger than recommended and may impact performance. You can resize them [here]'

I just noticed that I accidentally posted a draft version of the tutorial video to Youtube :(
For the correct video go to: