Fast-paced jrpg where you gain new skills to take on challenges rather than grinding.
Submitted by Cosmic Architect, Laetans
Add to collection 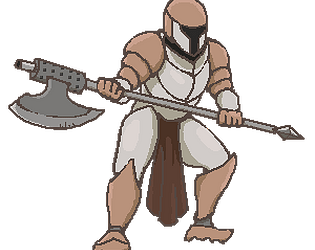 In what way(s) does your game fit the jam theme?
Our game was made to be about rushing to gain what abilities you could from various bosses before your world came to an end. What's not awesome about racing against time to find new abilities and use them against ever-changing boss fights before you tested them against one final challenge? Unlike most jrpg's, this one was to be made with engaging combat that didn't make you grind for xp as a core mechanic, and to be re-playable enough that you could go back through the entire game again to try a whole different strategy without being bogged down by text. At the same time, you could calmly come back to the starting area for npc interactions and goods to let players have a change of pace when they chose to. Want to just boss rush the entire game though? You could totally do that, very little is stopping you if your resources are managed properly.

Unfortunately, not all of our ideas quite came to fruition. We were able to complete what we hope is a fun experience though, and we've decided to continue on this project for a few more days to bring it to it's full glory! We think there's something pretty awesome about that.