Cook for emoji customers on a fantasy resort island
Submitted by ShaneOMalley — 5 minutes, 11 seconds before the deadline
Add to collection 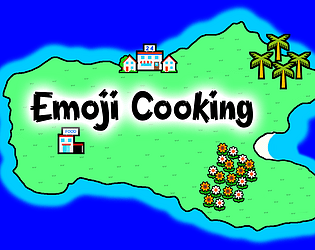 Please briefly explain how you interpreted some aspects of the game design document when creating your game!
We implemented the Burger in the 'Key Features' Section by making the game a food service simulation

For the audio, trumpets are central to the games soundtrack, and it also has 'spacey vibes' at times. Frog-like noises are also implemented in the soundtrack