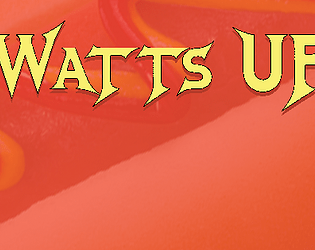 Good depth! I included it in my Sim Jam compilation video series, if you’d like to take a look. :)

I was afraid the little information about this game on itch.io would make it unplayable, but the in-game help was detailed enough to get me started. Graphics are cute even though it is a little cumbersome to have to manually check every single crank to figure out if they are used because they are animated even if not producing power.

I subtracted one star because I realized after 3 failed attempts to make money that power lines cut power in half with each tile traversed! This isn't explained anywhere and pretty much rules out any dispersed layout to optimize profit, and makes capacitors irrelevant.

Button voice over is well done and a funny surprise but does get a little repetitive after a while.

In the end, a solid submission.

Thanks for taking the time to play and write up a review!

Of course, thank you for your work!